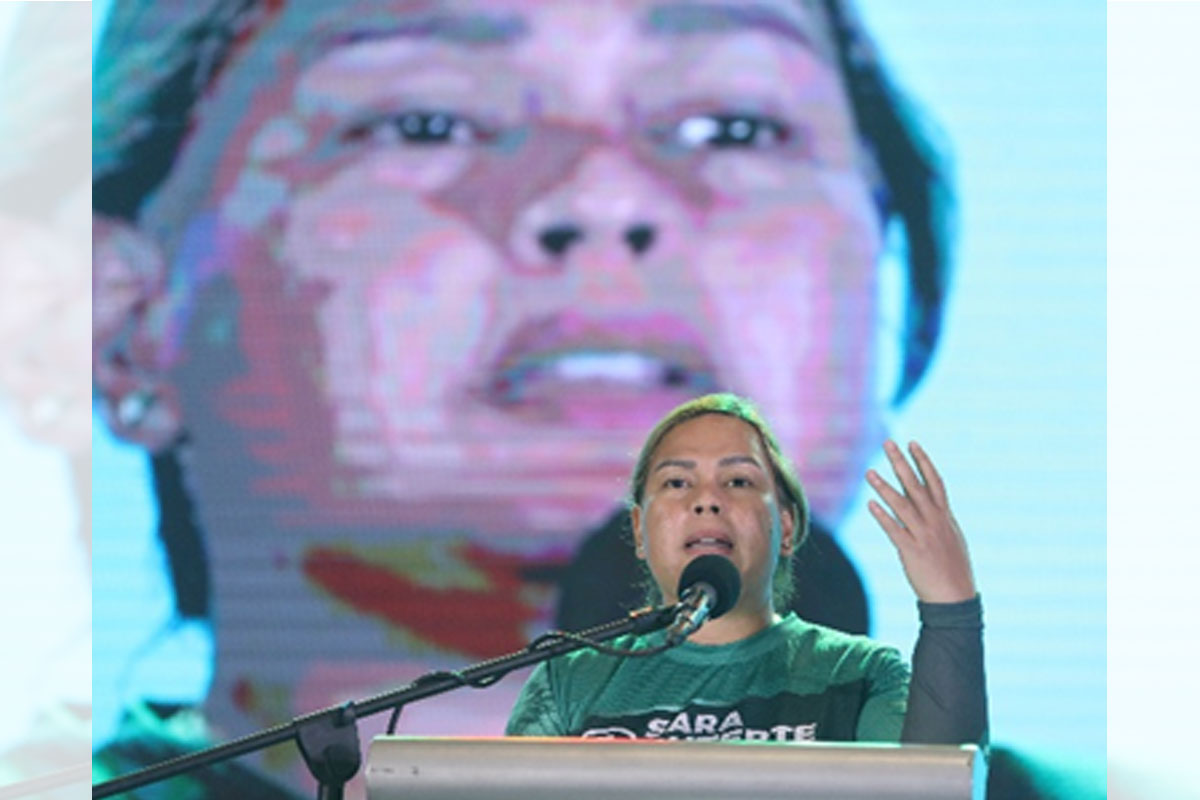 THE camp of vice presidential candidate Davao City Mayor Sara Duterte shrugged off the debate challenge of another candidate.

In a statement, Mayor Sara’s spokesperson Liloan City Mayor Christina Garcia Frasco said the presidential daughter prefers to campaign and reach out to the people to present to them her platform of government.

Mayor Sara, the candidate of Lakas-CMD and Hugpong ng Pagbabago (HNP) is a consistent top choice for the vice president in the previous surveys.

According to Frasco, Mayor Sara is giving the people a direct link and there is no need to debate with anyone.

“Since the beginning, Mayor Inday Sara Duterte has been in the frontlines of this campaign, giving the people a direct link to her person, her plans, and past performance that make her the most qualified Vice President for our country,” Frasco said.

Likewise, Frasco said the UniTeam opted to have a unifying type of campaign.

“As every single one of the surveys have shown, Mayor Sara’s formidable lead continues to grow because the people clearly prefer her positive, unifying, and performance-based approach to the campaign,” she added.

In her previous speeches, Mayor Sara kept on saying that once elected, she will help the next administration to unify the Filipinos.

According to Pangilinan he is not attending the interview set by the Commission on Elections (Comelec) but rather wanted to face off with Mayor Sara.