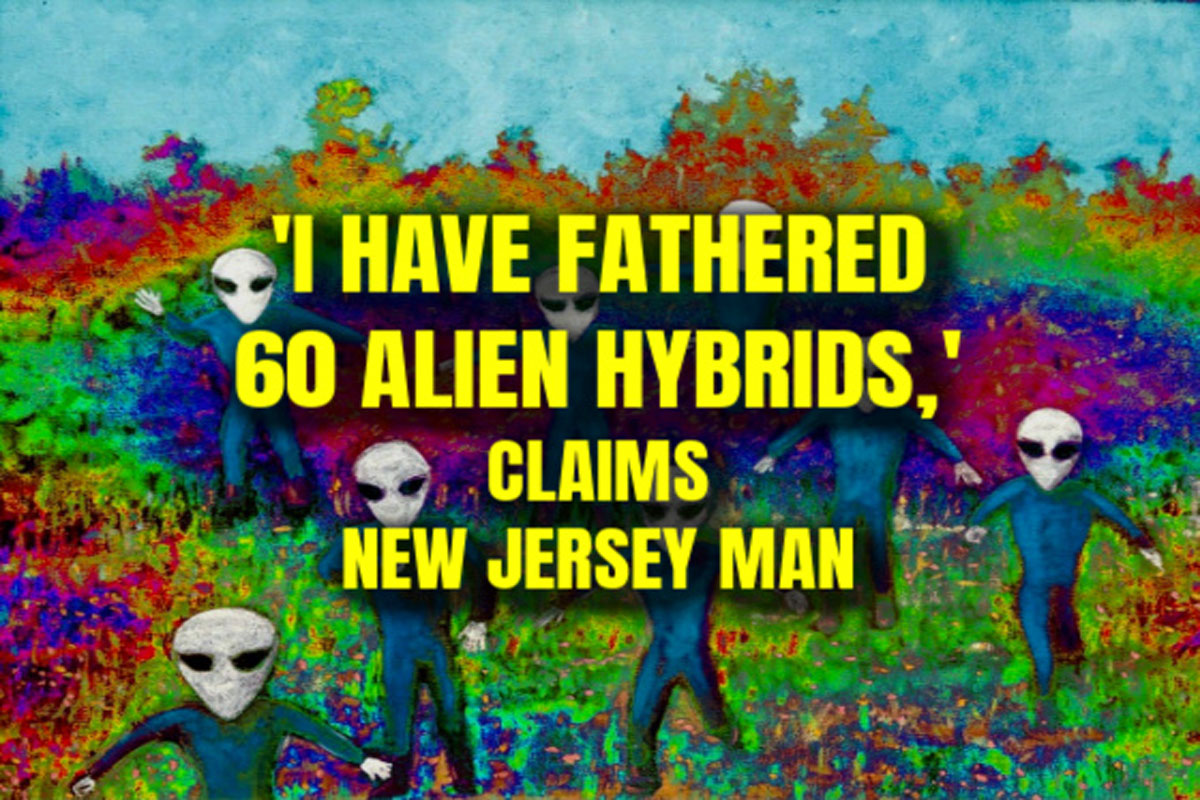 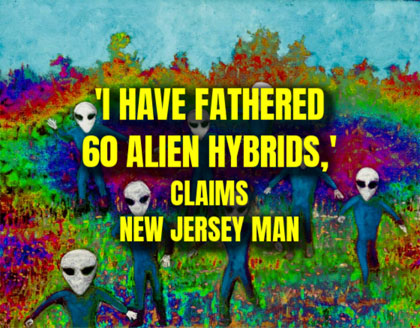 An artist, David Huggins, has claimed that he lost his virginity to an alien woman called ‘Crescent,’ which began a lifetime of extraterrestrial sexual interaction. He has fathered many half-human, half-alien children, and has shown off paintings with weird hybrid babies he claims are his.

‘I just lay down on the ground and she got on top of me. I have no idea why me. I just don’t know,’ he says of his first encounter with the voluptuous Crescent, as a 17-year-old young man growing up in rural Georgia. ‘I don’t know much, but I do know for sure I lost my virginity to an extraterrestrial woman.’ 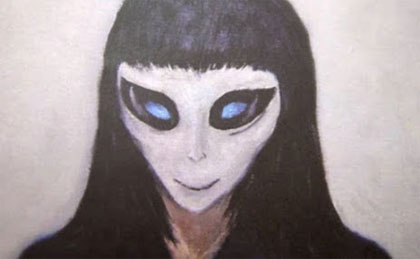 Huggins claims he was first abducted by aliens aged eight, but that his relationship with the sultry alien took off later. Huggins claims he also met little hairy aliens, grey aliens, and insectoid aliens, with who he did not have sex.

Huggins is not the only one to claim such experiences, which haunt people from childhood onwards. In his book ‘Communion,’ Whitley Strieber famously described being abducted by aliens who inserted a 1-foot long anal probe inside him. It seemed to be a living entity, so when it was taken out he was surprised to see it was a mechanical device. Many of these types of cases came to light in the 1960s but were largely ignored by ufologists, who just wanted to prove that UFOs were robot craft from outer space. Alien encounters and abductions only began being seriously considered and researched in the 1970s.

In this period, the case of Antonio Villas Boas was the most interesting. As he claimed that he was dragged inside a flying saucer and forced to have sexual intercourse with a beautiful alien woman. When he left, she pointed at her stomach, at him, and then at the sky, implying she would have his child somewhere in outer space. 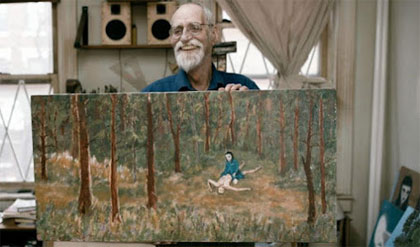 Experiencer David Eckhart has also claimed that female extraterrestrials transported themselves into his bedroom at night, quickly straddling him while he was intimately engaged with his human partner. This encounter and others is detailed in the book ‘Alien Disclosure: Experiencers Expose Reality.’ To some ufologists, these reports and many other similar cases seem to indicate that the aliens have been conducting a hybrid breeding program, for what purpose we can only imagine.

70-year-old Huggins lives in Hoboken, New Jersey, and claims to have fathered 60 alien children. He knew that this was necessary to create hybrids of humans and aliens, but he was not sure that this did not prevent the girl from another galaxy from truly falling in love with him. 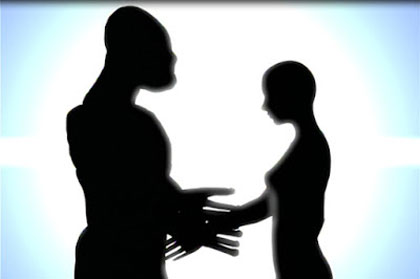 One Of The Most Haunted Hotels In Colorado, The Brown Palace Hotel Has Been Around Since 1892