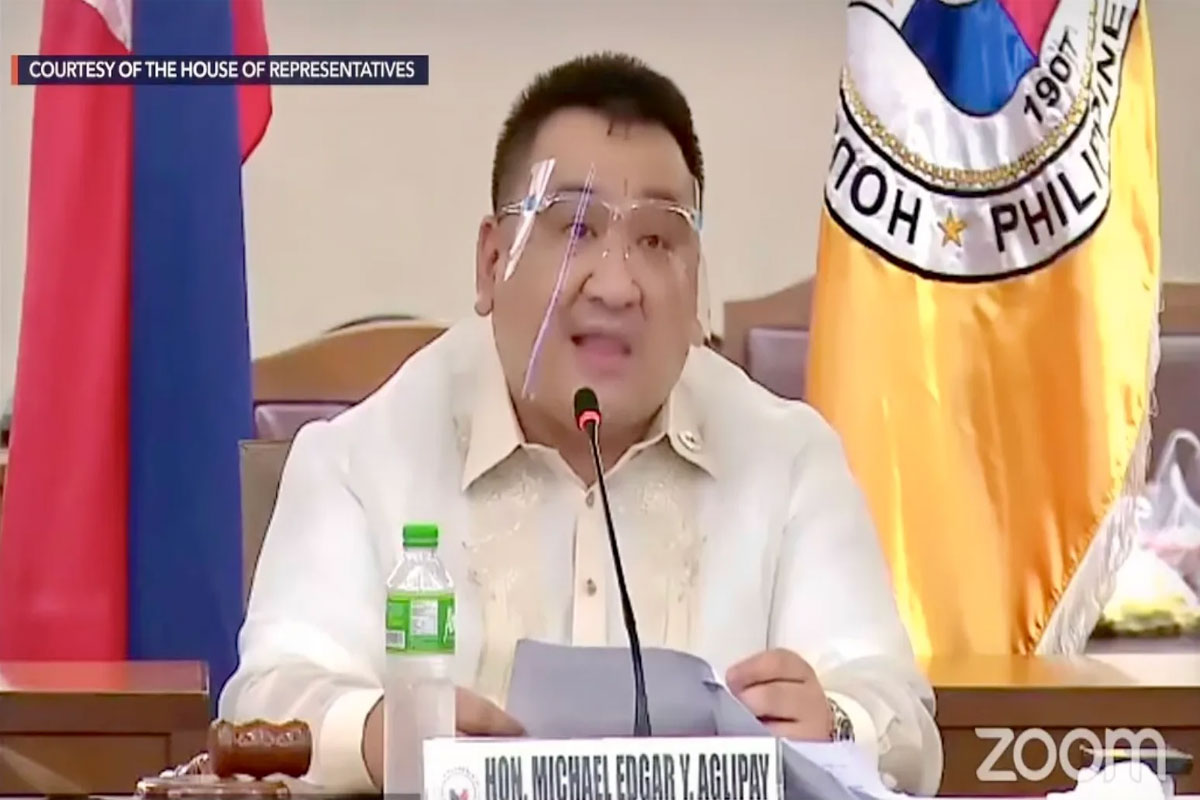 A House panel recommended the filing of syndicated estafa against executives of the Pharmally Pharmaceutical Corp. in connection with the government’s alleged questionable purchase of medical supplies during the COVID-19 pandemic in 2022.

The recommendation was included in the committee report to be submitted to the plenary for approval, according to panel chair DIWA Party-list Representative Michael Aglipay.

Aglipay said the Department of Justice must file the case against the said persons because their acts in soliciting supply contracts from the government despite full knowledge that it was grossly unqualified to do so was a “fraudulent misrepresentation” that resulted in losses on the part of the government.

He pointed out that the company has obtained and misappropriated funds from the general public worth P8.68 billion.

“These acts of Pharmally officials are grossly aggravated by the fact that these were committed during the height of pandemic. By taking advantage of the more lenient procurement regulations under Bayanihan Act One, this matter, Pharmally gravely abused the system to the insufferable prejudice of the government,” Aglipay said.

Last year, the committee, with the majority vote of all its members, conducted the motu proprio inquiry, in aid of legislation, on the report of the Commission on Audit regarding the alleged overpriced medical and health equipment by the Department of Health utilized for the COVID-19 response.

The inquiry commenced on September 15, 2021 and public hearings were subsequently conducted until committee deliberation was terminated on October 4, 2021.

During this time, questions and allegations were raised on the true intention of the committee, the credibility of its hearings, and the effects they were to have on a parallel inquiry being conducted by our colleagues in the upper house.

Aglipay added that the case of Pharmally is compliant with the element of syndicated estafa wherein at least five persons should be involved.

According to the solon, the panel found out that the requirements imposed by the Government Procurement Policy Board (GPPB) on suppliers under the emergency procurement of the Bayanihan Act One are “extremely deficient in genuinely evaluating the capacity of a supplier.”

“One’s financial capacity cannot be proven by ITRs or ATRs alone, and an additional requirement such as Audited Financial Statements or credit history may be necessary,” Aglipay said.

Reports said that Pharmally was able to get the P8 billion worth of contract when its paid up capital is only P600,000.

This was among the conclusions of the panel in the COVID-19 medical supplies procurement by the Department of Budget and Management (DBM) during the pandemic in 2020.

The committee is releasing its report on the motu propio investigation on the alleged overpriced procurement of the government allegedly favoring one company with questionable background and financial status.

Meanwhile, the committee suggested the abolition of the DBM-PS despite its conclusion of no overpricing.

“The Committee found that there was no overpricing in the purchase of materials, supplies, and equipment by the PS-DBM on behalf of (Department of Health),” Aglipay said in a press briefing.

“The procedure on emergency procurement pursuant to Bayanihan Act One undertaken by the PS-DBM… was consistent with applicable rules and regulations. There was nothing irregular nor illegal in the procedure applied by PS-DBM,” he added.

However, Aglipay said Despite this, the committee still recommended the abolition of PS-DBM in order to streamline government functions and services.

“PS-DBM has outlived its purpose considering that all agencies now have their own procurement department and BAC,” he added.

It can be recalled that Yang and Lao have been linked to overpriced contracts between the government and Pharmally for the procurement of suppliers needed in the country’s pandemic response.

“The evidence does not warrant or is not enough for cases to hold,” Aglipay said.