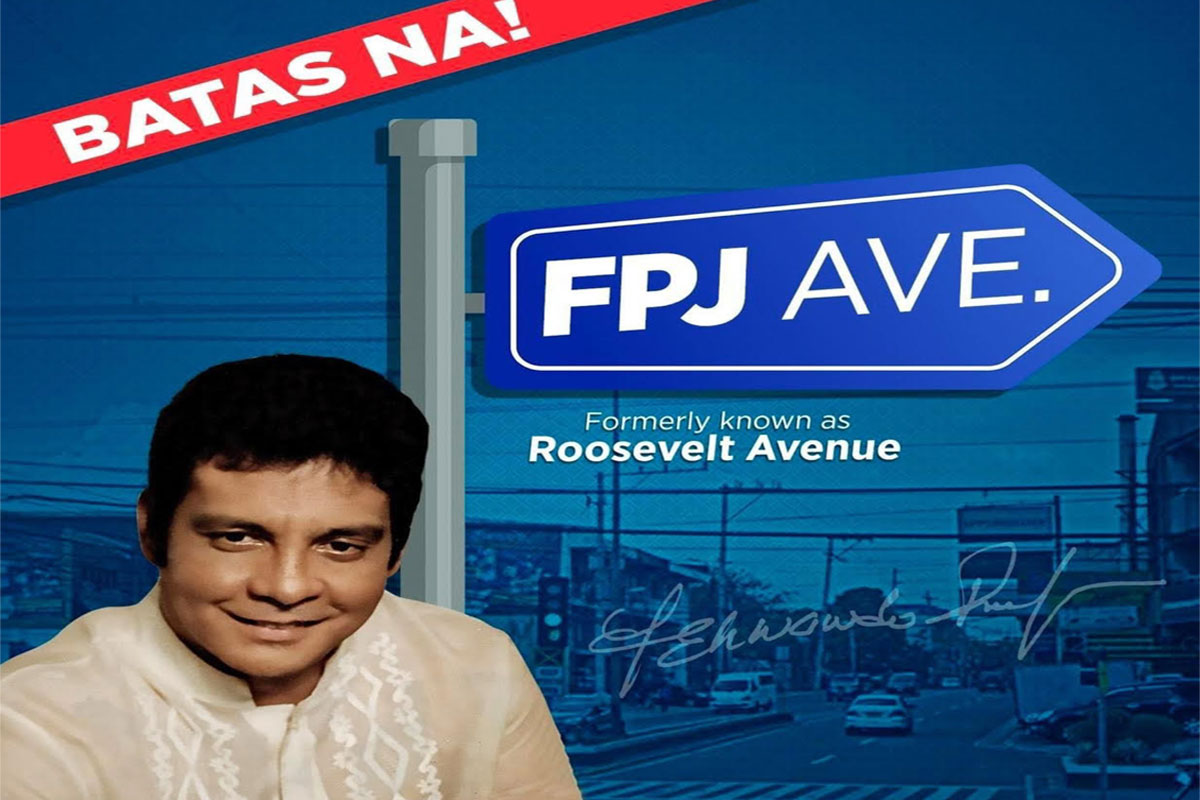 A HOUSE leader on Sunday lauded the enactment of a measure renaming a famous road in Quezon City after the late actor and National Artist for Film Fernando Poe Jr. or FPJ.

“FPJ is a Filipino icon, a movie legend, and the King of Philippine Movies. His contributions to Philippine cinema and society are truly remarkable that it is only fitting to honor him in this way,” Deputy Speaker Bernadette Herrera, a Bagong Henerasyon (BH) representative, said.

Herrera, a proud resident of Quezon City, is one of the authors of House Bill (HB) 7499 renaming Del Monte Avenue to FPJ Avenue.

The House of Representatives, particularly the authors and sponsors of the measure, later concurred with the Senate replacing Del Monte Avenue with Roosevelt Avenue.

Hailed as the “King of Philippine Movies,” Poe starred in nearly 300 films during his 46-year movie career, some of these films he directed himself, produced and wrote.

Poe was posthumously declared National Artist of the Philippines for Film in 2006, two years after his death.

Herrera and other authors of HB 7499 believed that Poe’s legacy lives on in his film company, FPJ Productions, which is located on Del Monte Avenue, thus they originally wanted the road to be named after him.

Nevertheless, Poe’s ancestral home can be found along Roosevelt Avenue.

“His (Poe) achievements in Philippine cinema truly developed the status of acting and filmmaking in the country, so much so that he was bestowed membership among the Order of National Artists of the Philippines,” Herrera said.