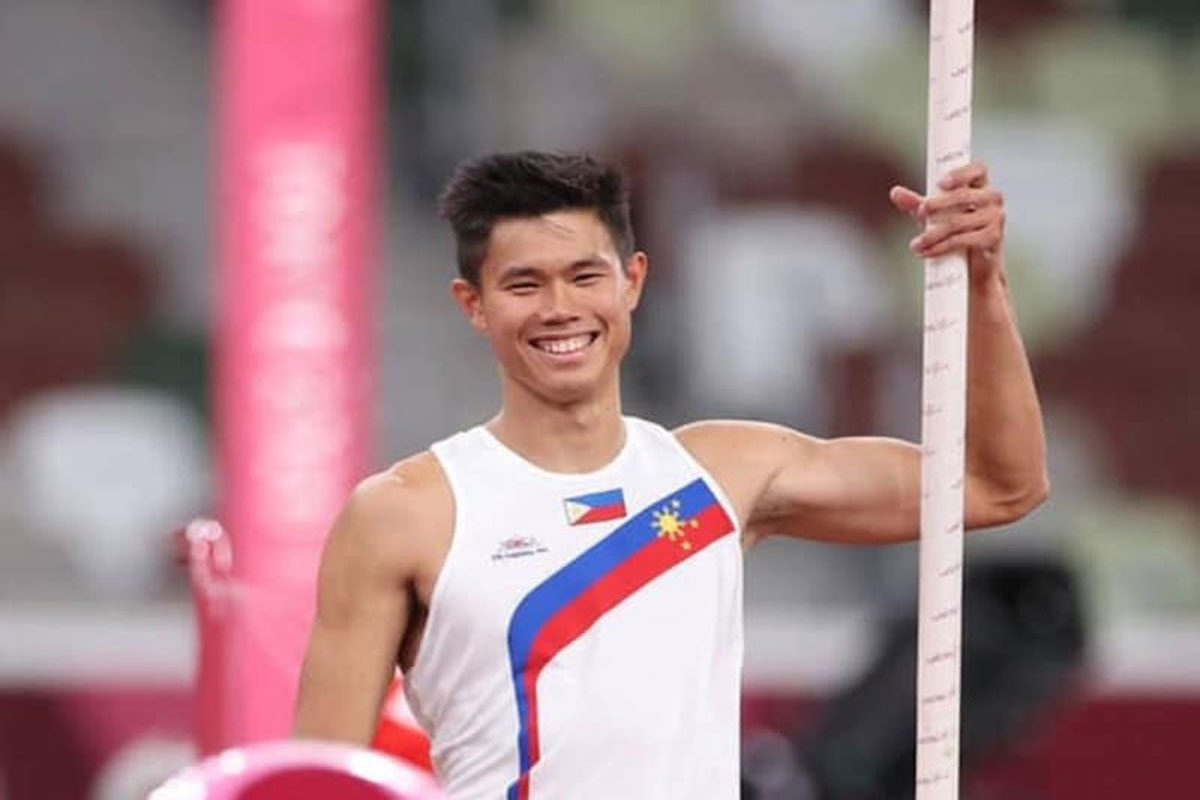 The lawmakers lauded Obiena, a Filipino Olympian and Men’s Pole Vault record holder, for his remarkable contributions to bringing honor to the country.

“The exemplary performance of Ernest John ‘EJ’ Uy Obiena in pole vaulting deserves utmost commendation and distinction for the honor and glory he brought to the country,” the resolution said.

“With his string of accomplishments, EJ’s feat is one of the greatest in Philippine athletics’ history and underscored the kind of dizzying heights the country has achieved in pole vaulting,” according to the resolution. “He is set to compete again in various events, and with his hard work and determination to be the best male pole vaulter, success is within his reach.”

On August 23, 2022, Obiena won the gold medal in the 26th Internationales Stabhochsprung-Meeting in Jockgrim, Germany.

In a span of five days, EJ Obiena won another gold medal during the True Athletes Classics 2022 in Leverkusen, Germany, on August 28, 2022.

In the 26th Internationales Stabhochsprung-Meeting, Obiena kicked off his seven-meet stretch by clearing 5.81 meters and beating ten other competitors, including second placer Christopher Nilsen of the United States, who cleared 5.71 meters, and Kurtis Marschall of Australia, who earned the third spot with the same height of 5.71 meters.

During the True Athletes Classics 2022, Obiena won thru countback after clearing the bar at 5.81 meters to finish ahead of Rutger Koppelaar of the Netherlands and Kurtis Marschall of Australia.

Aside from bagging the gold medals, the pole vaulter also reached the standard to qualify for the 2023 World Athletics Championships in Budapest, Hungary.

From his historic bronze finish in the 2022 World Athletics Championships in Oregon, United States of America, Obiena rose from number 6 to number 3 in the men’s pole vault ranking and is still no. 1 in Asia.