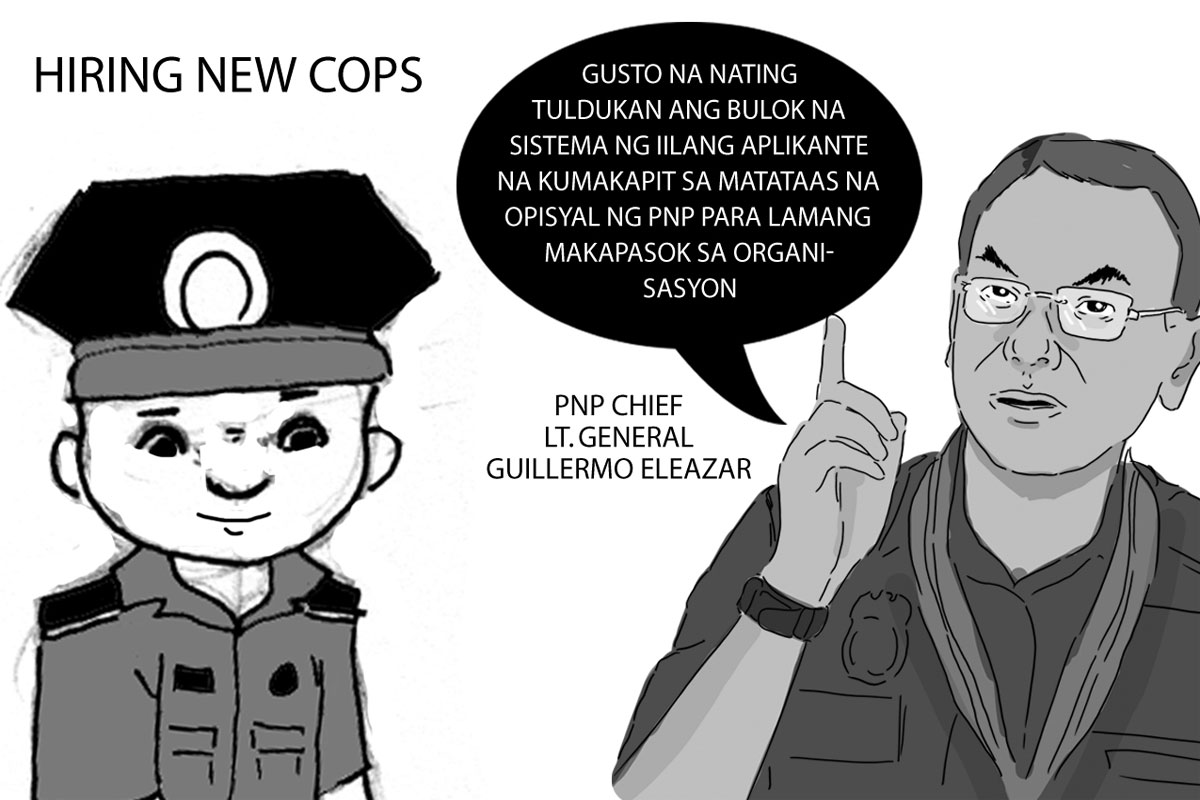 WITHOUT doubt, the key to transforming the powerful Philippine National Police (PNP) into a world-class law enforcement agency is to recruit only the best cop applicants.

And the trick is to reform the recruitment system of the PNP, which is civilian in nature but national in scope, doing away with the so-called “palakasan” system.

He said getting rid of the unfair and possibly corrupt practices in the recruitment process will ensure that only those who truly have the heart to serve the country can become cops.

With the launching of the new recruitment system, a QR (Quick Response) Code System will be used to conceal the identify of the police applicant, according to the PNP chief.

Only the applicant’s qualifications will be evaluated in determining if he/she will be accepted in the police force.

Note that hours after the launching of CORES, the PNP nabbed a woman, who had been asking money from applicants as payment to ensure the passing of the neuro-psychiatric exam.

Eleazar identified the alleged fixer as Evelyn Aleman, alias “Eva Fonda,” 35, an agent of the Public Safety Savings and Loan Association, Inc., a money-lending group that caters to policemen.

The launching of CORES and the arrest of Aleman deserve the support of the people, notably those who want the government to rid the PNP of scalawags, misfits and other “rotten eggs.”