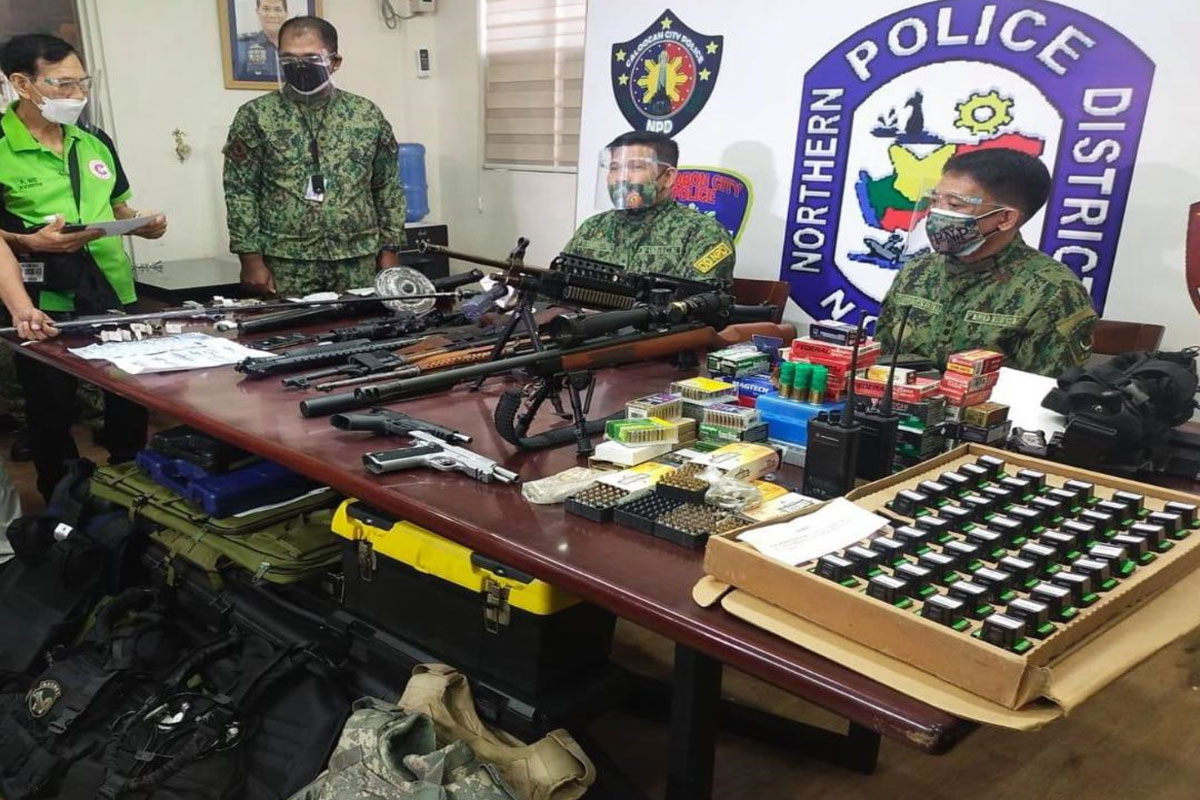 ASSORTED kinds of armaments including high-powered firearms were seized by operatives of District Special Operation Unit of Northern Police District (DSOU-NPD) from a namesake of a popular singer and asuspected big-time gun runner in an entrapment and buy-bust Tuesday before noon in Pasay City.

Bautista has allegedly been using social media account for his illicit transactions for almost three years.

Hidalgo said that about a month ago, DSOU operative received a tip from concerned citizen about a gun enthusiasts using their private chat group on social media for the illegal trade of guns.

After almost a month of extensive monitoring, a police officer of DSOU, under the supervision of P/Lt. Col. Jay Dimaandal was able to penetrate the social media chat group and pretended to be an interested buyer.

At around 11 a.m. on Tuesday, a police poseur-buyer and Bautista agreed to meet up at a gas station along Macapagal Avenue in Pasay City for the sale of six pieces of assorted hand guns amounting to P230,000, resulted in the suspect’s arrest.

At the course of investigation, DSOU operatives were able to contact Bautista’s wife who later confided that her husband was keeping in their house assorted firearms.

The wife said she was willing to turn over the firearms to the authorities.

Col. Dimaandal, along with his men led by P/Maj. Amor Cerillo immediately proceeded to the suspect’s house in Imus, Cavite.

Upon proper coordination with Imus police and barangay officials, they were able to seize different kinds of high powered firearms, boxes of ammunition, vintage firearms and other military equipment amounting to more or less P3 million. With Arlene Rivera