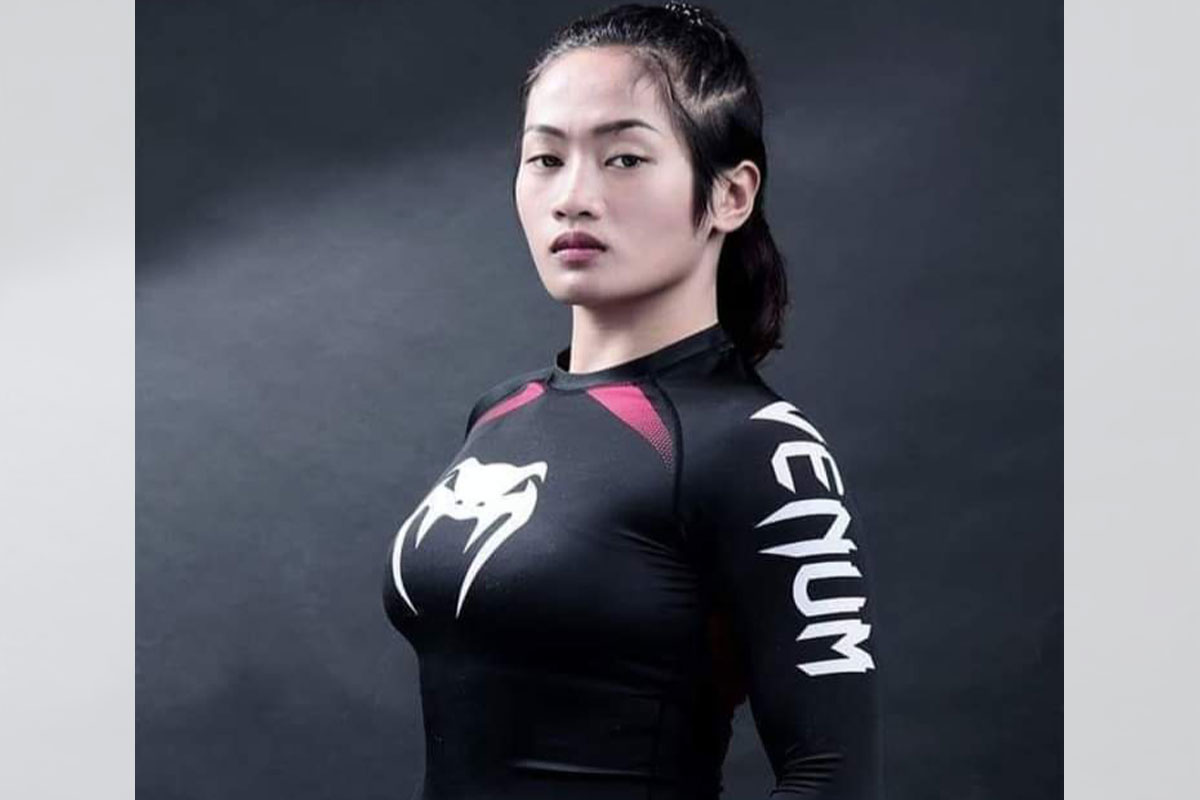 Olsim was originally scheduled to fight the United States’ Grace “Thai Kitten” Cleveland in one of two alternate bouts, but that fight was scrapped after her opponent was forced to pull out of the contest due to injury.

Though it may have just been an alternate bout, Olsim viewed her showdown with Cleveland as a golden opportunity, a chance to truly showcase her capabilities as an atomweight fighter.

Understandably, the 24-year-old Olsim was devastated when the fight was cancelled.

“It’s just so sad,” Olsim said. “I, together with my team, were really preparing hard for this match.”

For Olsim, it was an incredible opportunity to raise her stock in a deep and competitive division, even more so to perform at the historic all-female ONE: Empower event which broadcasts live this Friday, September 3 from the Singapore Indoor Stadium.

Unfortunately, her opponent Cleveland was left with no other option but to pull out of the fight, after complaining of perpetual dizziness, a possible case of vertigo.

Despite their disappointment, Olsim and Team Lakay expressed their concern for Cleveland and wished for her speedy recovery.

“The whole team is praying for the fast and complete recovery of Grace Cleveland. Nobody wants to see these things happening, especially if it’s a medical issue. So we can only pray that she can recover and that’s really the most important thing for us at this time,” Team Lakay head coach Mark Sangiao said.

Sangiao had been charged to ensure Olsim was in prime shape to step up to a short-notice call to action.

The fight would have served as the curtain-raiser for the much-anticipated event, and a chance to prove that the former Asian Games silver medalist is a force to be reckoned with at atomweight.

“Yes, it’s unfortunate because we were all looking forward to this fight and Jenelyn has really been training hard for this. But we fully understand the situation and all we’re after is everyone’s health and well being,” Sangiao added.

Olsim maintains that she’s still ready to step up at a moment’s notice as a viable alternate, should anyone withdraw from the Grand Prix for any reason.

“I’m staying positive despite what happened. I know that I am still an eligible alternate for the Grand Prix, and I know that there’s still a lot of opportunities awaiting me, so I just have to be prepared every time,” Olsim said.

Olsim took the opportunity to show her support for fellow Filipina warrior Denice “Lycan Queen” Zamboanga, who will face dangerous South Korean foe and current #5-ranked atomweight contender, Seo Hee Ham, in the quarterfinal round of the tournament.

“I want to express my support to our kababayan Denice in her upcoming bout. I wish her good luck and more power,” said the soft-spoken 24-year-old.

Sangiao also shared the same sentiment and gave his vote of confidence to Zamboanga, the #1-ranked contender at atomweight.

“Denice and Seo Hee Ham are both driven to win the Grand Prix, but I have to side with Denice. I believe that Denice has really prepared so much for this match and I can see that she will do everything just to win this match and the Grand Prix. So as fellow Filipinos, we’re here to support her and looking forward to her next matches,” Sangiao said.

ONE: Empower is ONE Championship’s historic, all-female fight card featuring only women — the first for a major global martial arts organization.