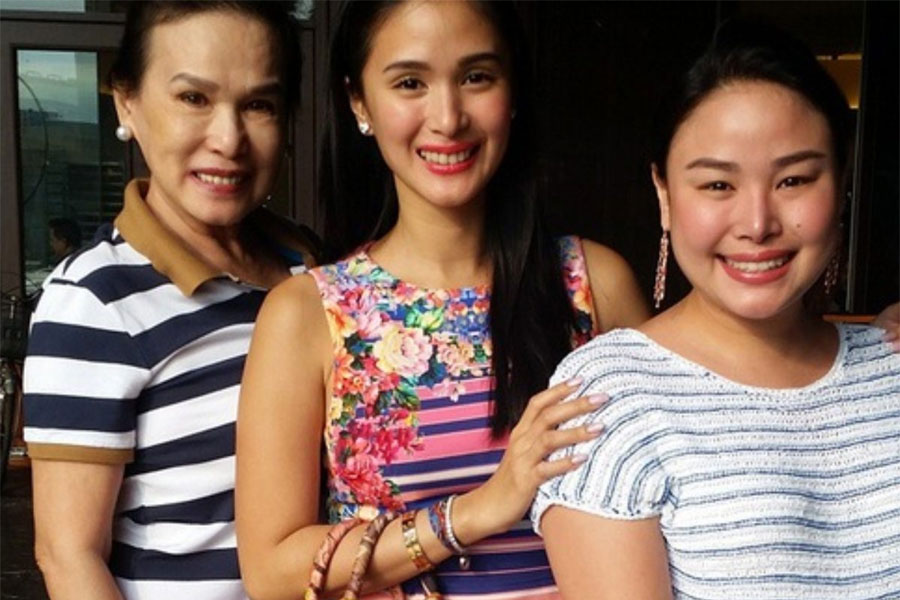 HEART Evangelista’s vlog is one of the most followed among celebrity Youtube channels. Her recent posts about her parents, whose marriage ended in separation in 2016, have garnered millions of hits. Heart first featured her dad, Reynaldo Ongapuco, some weeks ago, then more recently, her mom Cecilia and sister Camille.

Both her mom and her dad were initially against her marriage to Sorsogon Governor Chiz Escudero, but now, they both admit they made a mistake in looking down on him as they can both see how happy their daughter is with Chiz.

When Heart asked her mom what advice can she give about her marriage, her mom’s reply was “You’re fine. You’re happy.”

Heart then asked Chiz to join them and her mom added: “You know what I like about your marriage? You allow each other to grow. You don’t stunt her growth, Chiz. Ikaw, full-grown ka na, kumbaga. But you don’t cramp her style.”

This only proves that the saying “mother knows best” is not always true. If Heart listened to her mom then and didn’t marry her hubby now, then Chiz would have been her TOTGA or the one that got away. As of now, Heart is all set to return to acting in GMA-7’s upcoming romantic-drama series, “I Left Hy Heart in Sorsogon”, which Heart helped in its conception.

“I will play Celeste Estrellado,” says Heart. “I’m a small town lass from Sorsogon who went to Manila and became a successful fashion designer and socialite. She is the toast of the town and is dating Manila’s most eligible bachelor, the wealthy Tonito Wenceslao III, played by Richard Yap.”

In the story, friends approve of their romance. “Most people expect them to face the altar soon, but when Celeste makes a surprise visit to her hometown in Sorsogon to take care of some family problems, complications occur. She meets again her former boyfriend, Mikoy, played by Paolo Contis, and that’s when she realizes, as the show’s title says, that she left her heart in Sorsogon. Will she still return to Manila and Tonito or just stay in Sorsogon with Mikoy? Maganda ang pagka-develop ng love story, so abangan nyo and don’t miss it.”

Young Kapuso stars Kyline Alcantara and Mavy Legaspi will join the cast playing important roles to pull in the younger crowd of viewers. Kyline will play Richard Yap’s daughter while Mavy will be Heart’s half-brother who’s estranged from her.

Also in the big powerhouse supporting cast are Elizabeth Oropesa, Rey PJ Abellana, Shamaine Buencamino, Aubrey Miles and Marina Benipayo, directed by Mark Sicat de la Cruz and with Redgynn Alba as program manager. Heart was last seen in “My Korean Jagiya” which already had its repeat on primetime, so we’re sure her fans have really missed her and cannot wait to see her again in a brand new show.