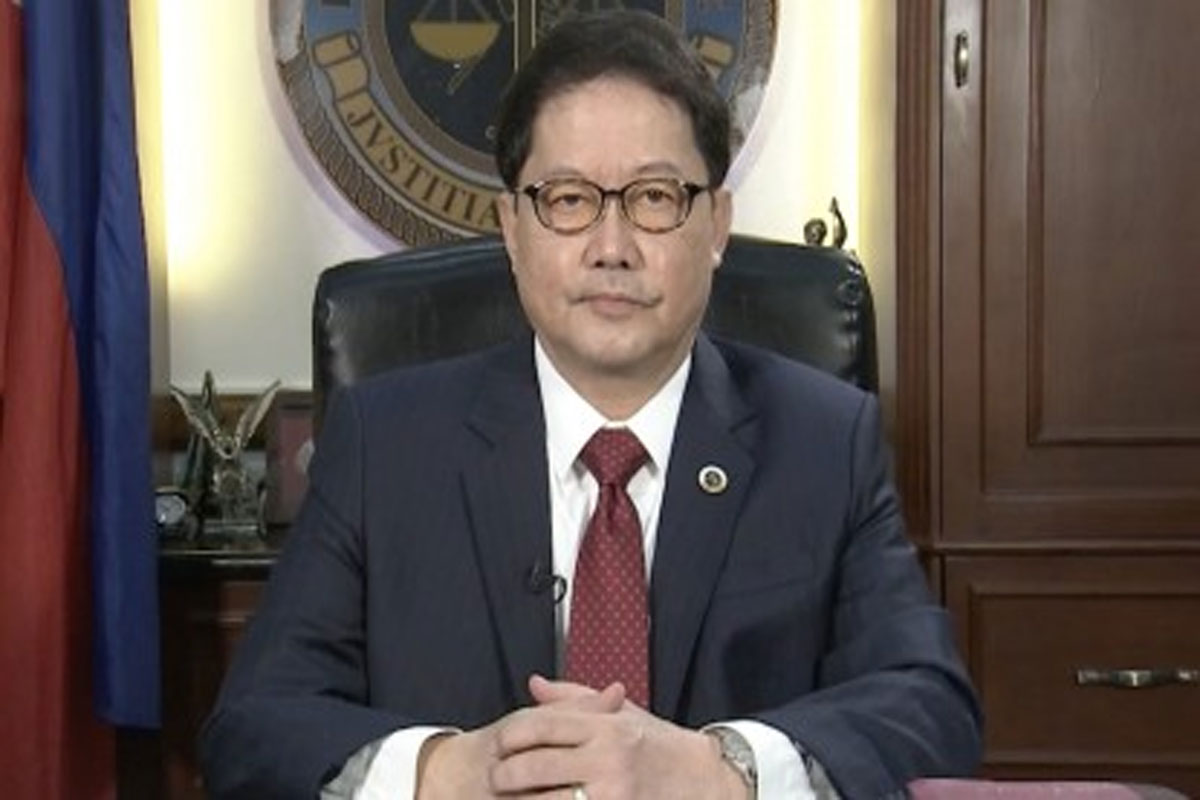 JUSTICE Secretary Menardo Guevarra on Friday said he will give Cavite Cong. Jesus Crispin “Boying” Remulla and his team a briefing to ensure a smooth transition of the Justice Department’s operations and programs to the next administration.

“Together with our senior officials, I will give Cong. Remulla and his team a briefing on DOJ operations, programs, and projects on Thursday, June 9. We shall ensure a smooth and orderly transition at the DOJ,” Guevarra said in a message.

During the meeting, Guevarra will suggest the following to Remulla, the incoming justice secretary:

a) maintain our excellent record in anti-human trafficking;
b) strengthen the campaign against cybercrimes;
c) pursue the 3-year joint program with the UN on human rights promotion and protection;
d) develop alternative dispute resolution mechanisms such as mediation;
e) transfer the NBP and professionalize the BUCOR;
f) regionalize prison facilities;
g) complete the single carpeta system (digitization of all prison records);
h) pursue the immigration modernization bill; and
i) strengthen relations with law enforcement agencies and the judiciary.

“Alam naman niya (Marcos Jr.) that I really work hard, I am devoted to my duties, that’s why it doesn’t take much, when you are told by the president, it’s understood already but the specific things we will have to talk about it later, because the justice system has many problems we need to fix,” said Remulla.

He admitted that as a lawyer, it is a huge opportunity to serve the country as head of the DOJ.