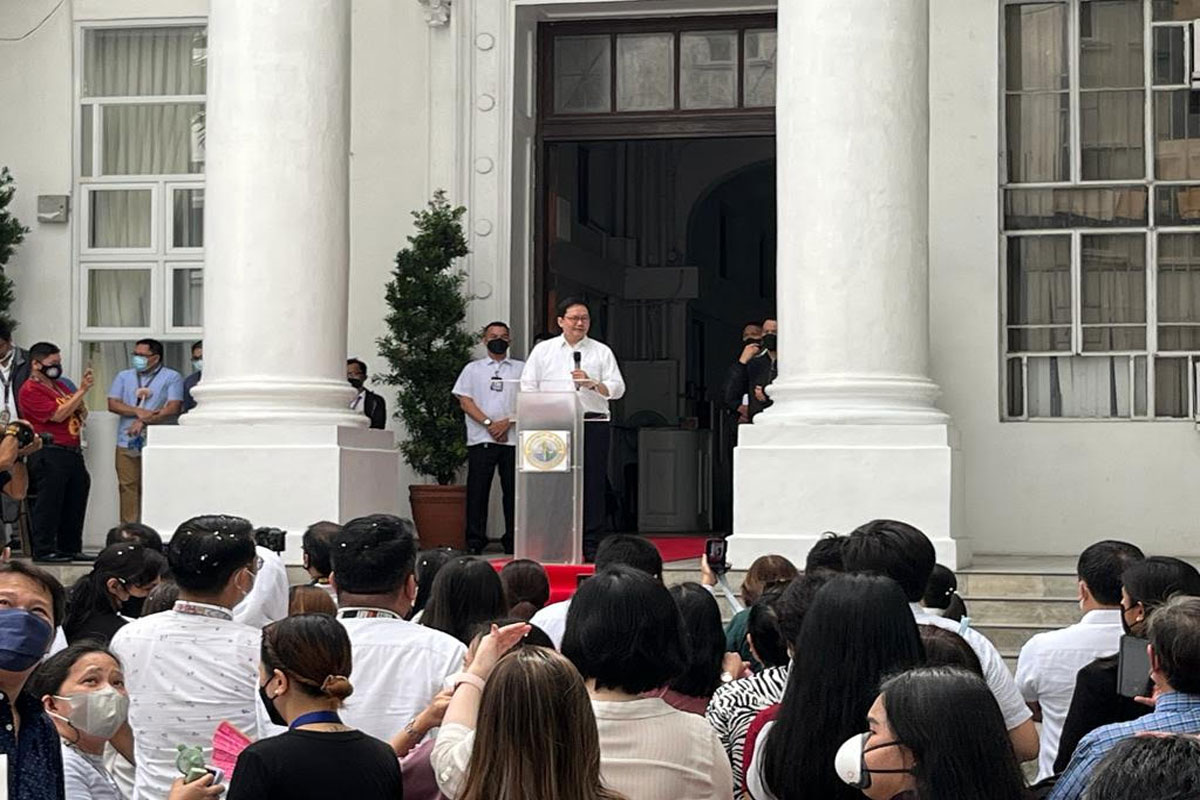 Guevarra ready to sing ‘My Way’ until nomination as new SolGen

OUTGOING Justice Secretary Menardo Guevarra was already practicing to sing Frank Sinatra’s signature song “My Way” when he got an invitation to join the next administration as Solicitor General of President-elect Ferdinand “Bongbong” Marcos Jr.

“I thought it was a good time to [retire] because I turned 68 last May. In fact, I even wanted to sing during this last presentation, plano ko nga kumanta ng ‘My Way’ …and now the end is near… – but as it turned out, I was not going anywhere,” Guevarra said in his farewell speech as justice secretary before officials and employees of the Department of Justice (DOJ) on Monday.

Guevarra also said that this wasn’t the first time he will serve the government under a Marcos. According to him, he was an economist in the National Economic Development Authority (NEDA) during the time of the late President Ferdinand E. Marcos Sr.

“Later on, I was back as an economist at the Central Bank of the Philippines, now Bangko Sentral ng Pilipinas, before I went to the law profession later on,” Guevarra disclosed.

Also, Guevarra said that as an incoming Solicitor General, “he’s not really far away from the Department of Justice.”

“The OSG (Office of the Solicitor General) physically is quite far from Padre Faura but legally speaking, the OSG and the DOJ are not distantly related to each other. As you probably know, the OSG was once a part of the DOJ. It was with the Bureau of Justice then until it became an autonomous government agency. In fact, until now, the OSG is still attached to the DOJ at least for budgetary purposes,” he said.

However, Guevarra cannot avoid being “nostalgic” as he admitted during his speech that he will miss many things about DOJ.

“I will miss this classic imposing building that we have, I will miss our new justice hall and the very elegant ante room for receiving VIP guests, such as ambassadors. I would also miss the unique cultural character of Padre Faura and the nearby Ermita district, but most of all, I will miss the excitement of our daily task here at the DOJ, the sensational, criminal cases that we prosecuted; the well-crafted legal opinions that we issued, the congressional inquiries that we attended,” Guevarra said.