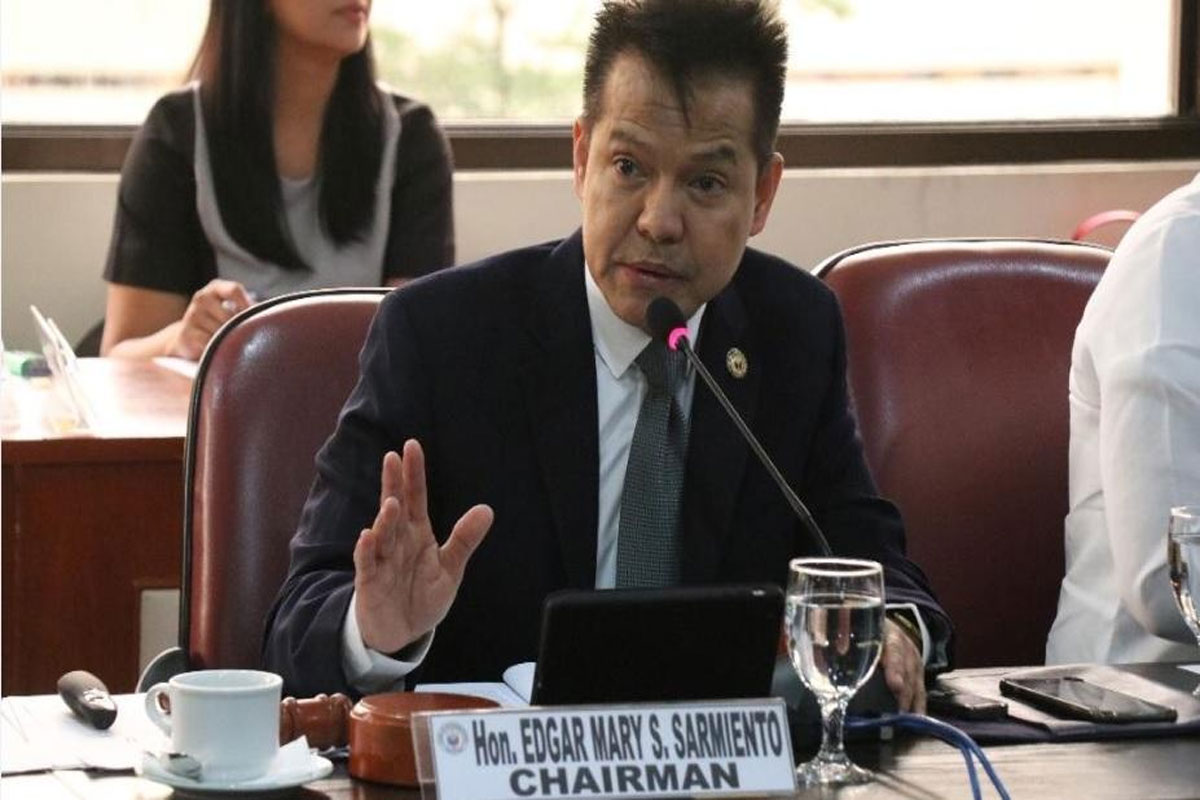 ALARMED over mounting complaints about allegations of corruption and massive congestion at the Port of Matnog in Sorsogon, House committee on transportation chairman and Samar Rep. Edgar Mary Sarmiento has quickly mobilized government support to address the situation and systematize port operations.

Sarmiento said the Port of Matnog is a very important seaport because it is Luzon’s gateway to Visayas and Mindanao.

As such, Sarmiento said the government should ensure the seamless and unhindered movement of goods across the islands.

“The House committee on transportation received several complaints regarding the recurring issue of congestion and alleged corruption in the Port of Matnog in Sorsogon. Personally, I have seen the recent viral post in social media regarding the situation in Port of Matnog,” Sarmiento said.

“It alarmed me because Matnog is one of the commonly used ports by cargo vessels, cargo trucks, and private vehicles from Luzon to Visayas and Mindanao and vice versa. Therefore, congestion in ports with this much traffic must always be addressed promptly as not to impede the movement of goods across the islands,” Sarmiento added.

Upon confirmation of the dire situation at the Port of Matnog, Sarmiento said he immediately wrote a letter to President Rodrigo ‘Rody’ Duterte and Senator Bong Go to seek their assistance in finding a solution to this issue.

“As chairman of the committee on transportation, I am fully aware that the public is affected by the port congestion. I believe this should not be an additional burden to them. Immediately, I wrote an official communication to President Rodrigo Duterte to seek assistance to address this urgent and important issue. I also sought the assistance of Senator Bong Go so we could find a swift resolution to this issue,” Sarmiento said.

Fortunately, Sarmiento immediately got a response from the President and Transportation Secretary Arthur Tugade who assured him that the government would address the issue of congestion and had instituted measures to stop port corruption.

The government, through the Department of Transportation, has adopted the following measures to address the problems at the Port of Matnog:

– The Philippine Coast Guard will have the sole authority on enforcement in the area especially on the queuing of trucks.

– The Maritime Industry Authority shall strictly impose that vessels shall arrive and depart on the basis of pre-determined schedule and not on the basis of load capacity to ease the congestion.

– The Philippine Ports Authority (PPA) is instructed to allow the usage of a lot near the port as an alternative parking area and expedite its construction or rehabilitation, if necessary.

– The PPA was also instructed to expedite the construction of a new passenger terminal to address the issue on a long-term basis.

– The Allen Port as a private port is instructed to adhere to the regulations to ensure efficient movement of people and goods from the Port of Matnog.

Through these measures adopted by the government, Sarmiento expressed hope that the situation at the Port of Matnog will dramatically improve in the next few days.

“We are hopeful that collectively and through the prompt response of the concerned agencies, there would be an effective change to the current situation in Port of Matnog and that a sustainable and practical long-term roadmap would be developed, in order to reduce the plight of the riding public, the cargo drivers and to improve the overall transport sector of our country,” Sarmiento said.