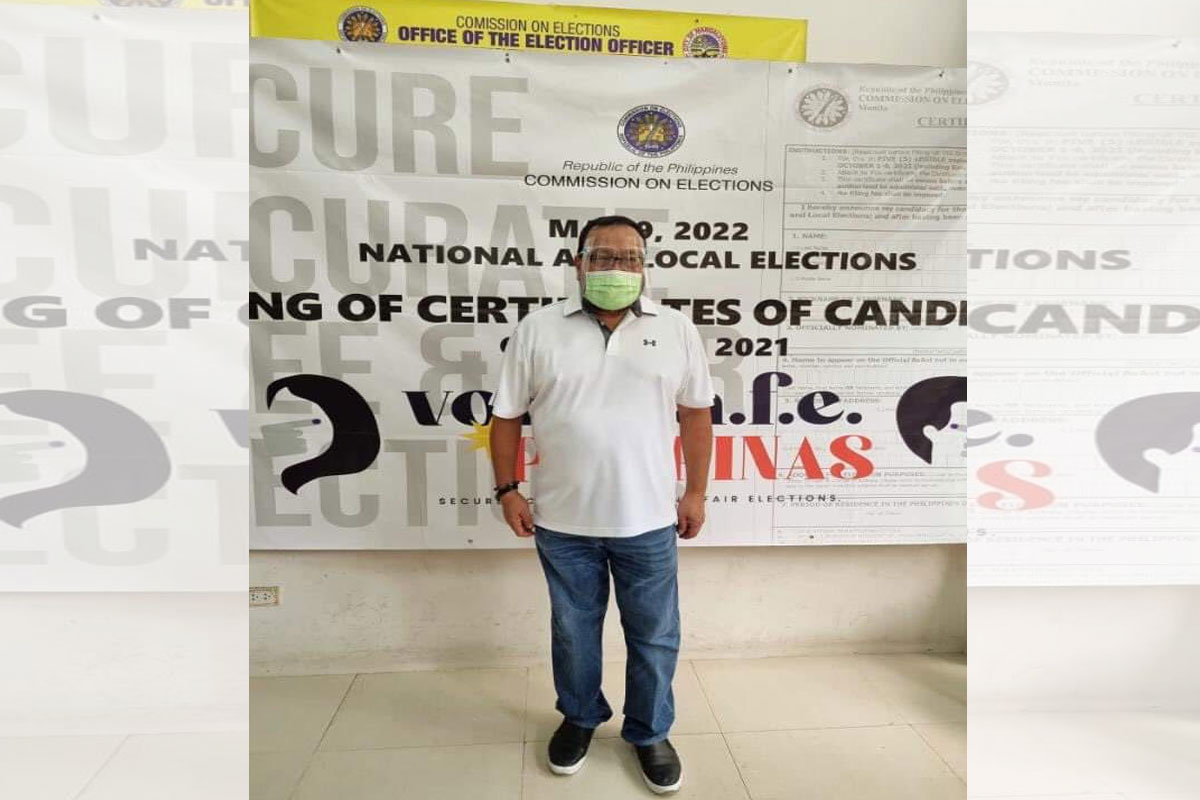 DEPUTY Speaker Neptali “Boyet” M. Gonzales II on Wednesday filed his certificate of candidacy (COC) for reelection as representative of the Lone District of Mandaluyong City.

Gonzales, a veteran House leader and husband of former Mandaluyong City Rep. Queenie Gonzales, said providing better healthcare system and job generation for his constituents are among his top priorities in the incoming 19th Congress.

“I will relentlessly pursue the continuity of my compassionate and responsive programs to the needs of my constituents and betterment of Mandaluyong City in this time of COVID-19 (coronavirus disease-19) pandemic,” Gonzales, who served as Majority Leader during the 11th, 12th, 15th and 16th Congress and holds the distinction of having served the House of Representatives as Majority Leader for the longest period, said.

Through his chief of staff Al Abainza, Gonzales, a stalwart of the National Unity Party (NUP), filed his COC at Commission on Elections (Comelec) National Capital Region (NCR) office in Manila at 8:46 Wednesday morning and was received by Election Assistant II Jose Burgos Jr.

Gonzales, a lawyer from the Ateneo de Manila University, also expressed his appreciation to the people of Mandaluyong City for the trust and confidence they have been extending him in his almost three decades in public service.

“With our family’s long tradition and brand of effective, orderly and clean governance, my commitment of providing excellent public service will continue with compassion for the people,” Gonzales, who was named Deputy Speaker in July 2019 of the 18th Congress, assured.

In 2019, Gonzales, a former Mandaluyong City mayor (2004-2007), ran unopposed for congressman and received an overwhelming mandate of 127,268 votes, the highest in the election history of Mandaluyong City.

On July 27, 2021 together with local officials and the Bureau of Jail Management and Penology (BJMP), the public witnessed the inaugural blessing of the first fully automated, modern and state-of-the-art eight-story city jail in Mandaluyong.

The new city jail in Mandaluyong worth P515-million was first proposed by former Congresswoman Queenie Gonzales in 2018 and pursued by Deputy Speaker Gonzales.

The facility boasts of an energy-efficient design, a “sunning area” on the roof deck, a basketball court, and a state-of-the-art kitchen and
laundry facilities.

Before entering public service, Gonzales was a senior partner of the law firm Gonzales, Batiller, Bilog, and Associates from 1980 to 1995.

Gonzales also served briefly as a bar reviewer and professor in criminal law and constitutional law at the FEU Institute of Law.