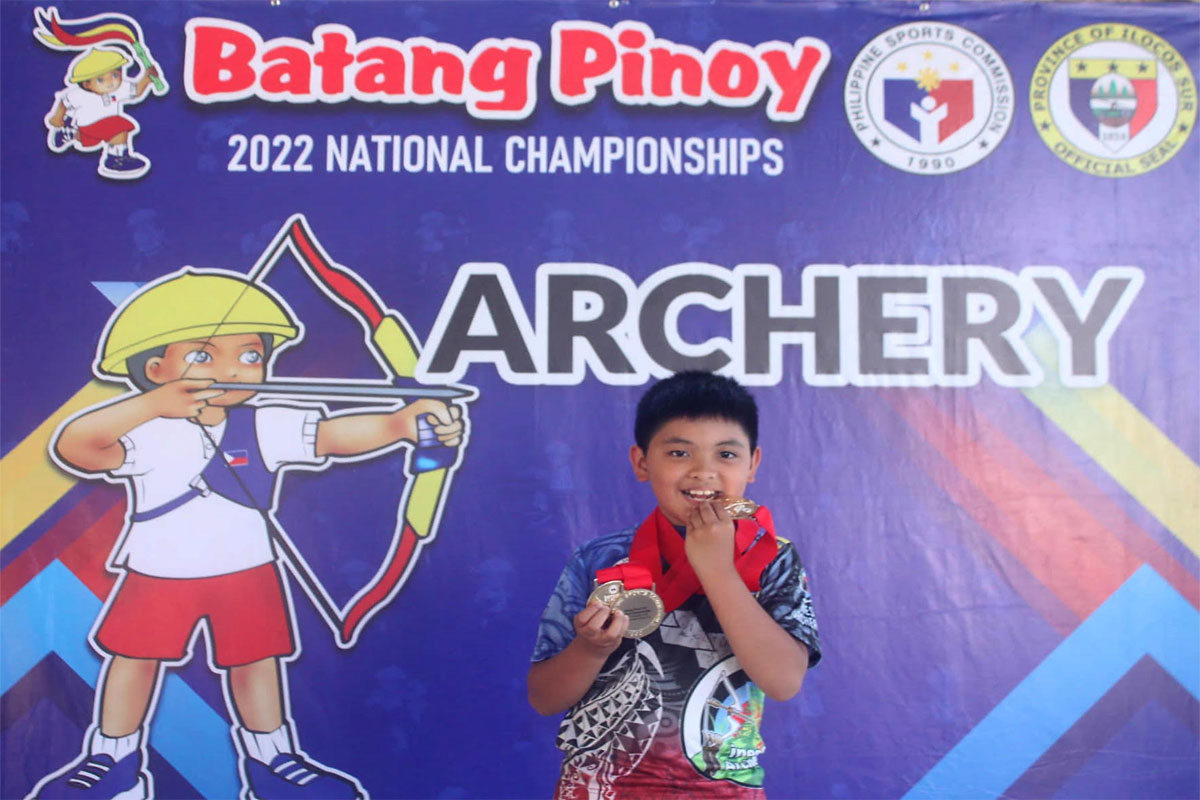 The third-grader, who used the same bow and equipment his elder siblings used in national competitions in the past is hoping to get his sixth gold in the Olympic round.

Equally impressive was Magbojos, who outplayed Ayisha Rejoice Bilbao of Iloilo and Aliyyah Fatima Usman of South Cotabato in girls 10-under lwith a final result of 1440.

“Ang goal ko mag compete sa SEA Games at international na malalaki,” said Maravilla, who got into running when his bid to make the school’s badminton and volleyball teams failed.

The other winners were Rafael Guinto of Olongapo, who ruled the boys’ 5000m in 17:27.2 and Marjorie Ragudos of Pangasinan, who topped the girls’ high jump with a 1.30m leap.

In cycling, Maritanya Krogg claimed her second gold by ruling the girls’ individual time trial for 13-15 years old in 12:39.240 in the event that started and ended in front of the Provincial Capitol

The 13-year-old campaigner from Baesa High will gun for a three-gold sweep as she is also entered in the road race set today.

Three of the golds came from Alexander Gabriel Delos Reyes, who topped the male long weapon category with a score of 8.67 against teammate Gabriel Matthew Cua 7.52.

Who else but Big Lagoon