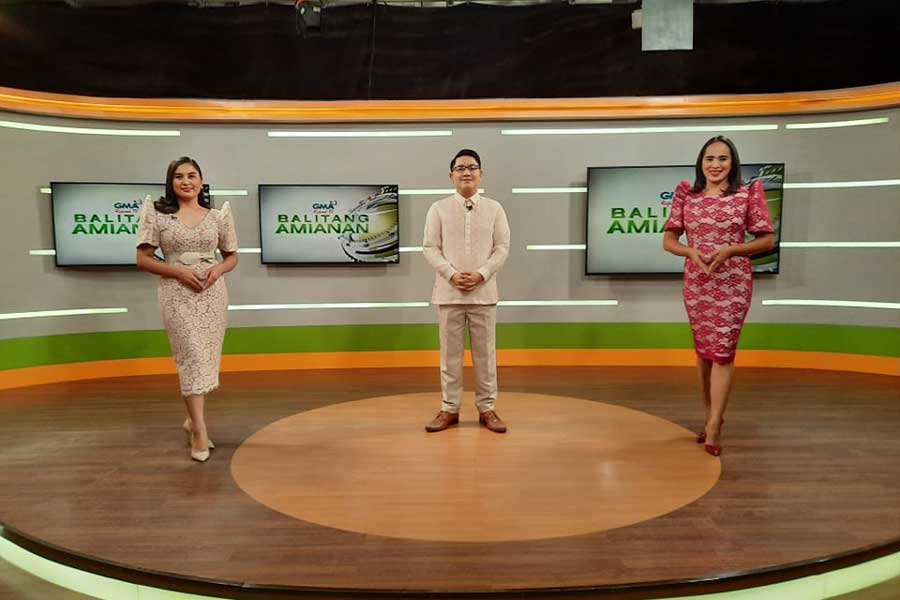 FROM Luzon, Visayas, and Mindanao—GMA Regional TV (RTV) was one with Filipinos all over the country commemorating the 123rd Independence Day of the Philippines.

Last June 11 and 12, the men and women of GMA RTV newscasts and morning shows, dressed in Filipiniana attire, brought to the Kapuso viewers in the regions the various commemorative events as they happen from various key cities across the country.

In Mindanao, Tek Ocampo, with Sarah Hilomen-Velasco and Real Sorroche of the pioneering unified weekday local newscast GMA Regional TV One Mindanao, further uplifted the Kapuso viewers’ sense of nationalism by giving them updates on Independence Day celebration in the region. Also with them were regional correspondents Sheillah Vergara-Rubio, Rgil Relator, Jandi Esteban, and Cyril Chaves as well as various local news stringers based across North, Central, South Central, and Southern Mindanao. At Home with GMA Regional TV, the first and only unified weekday morning program in Mindanao co-hosted by Chaves and Relator served viewers early Independence Day treats in the morning.

Catch GMA RTVs’ flagship morning shows and newscasts weekdays at 8 am and 5 pm, respectively, via GMA RTV’s various local channels all over the Philippines.