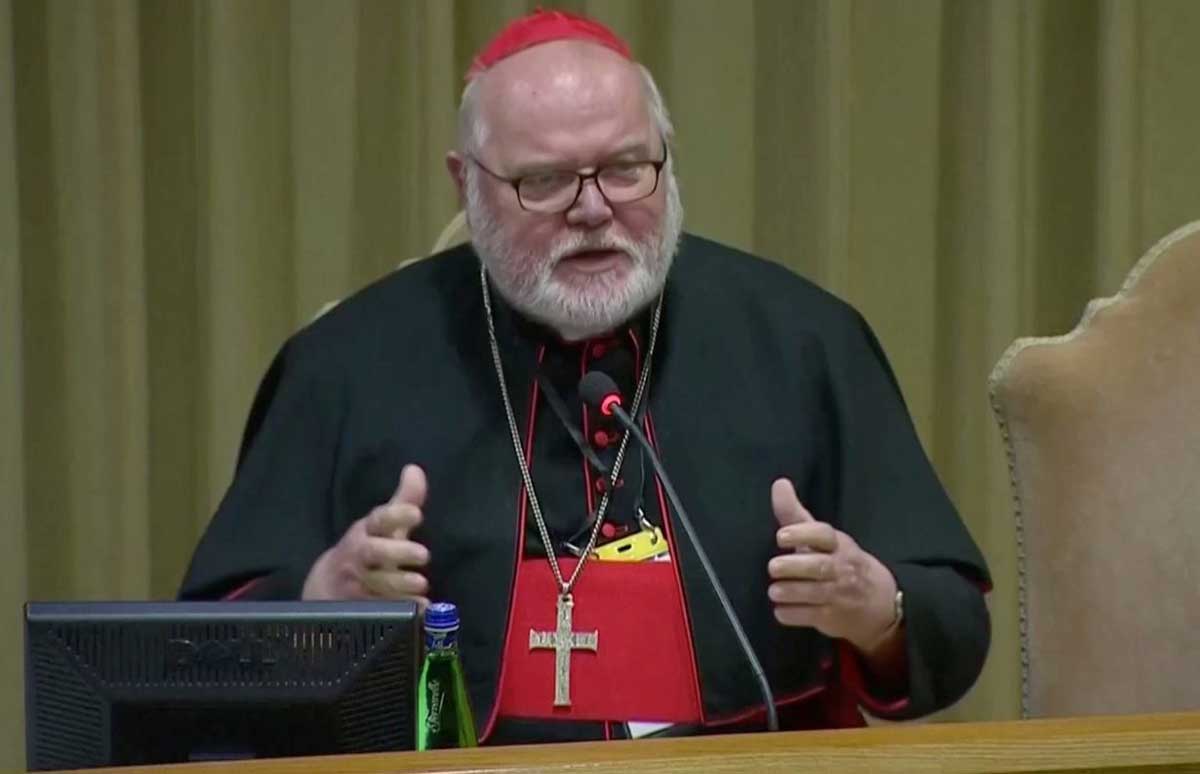 Berlin , AFP, June 4, 2021 — One of Germany’s leading Catholic bishops, Cardinal Reinhard Marx, said Friday he had offered Pope Francis his resignation over the church’s “institutional and systemic failure” in its handling of child sex abuse scandals.

The stunning decision came after the church in Germany, like in many places elsewhere, was shaken by allegations of wide-ranging abuse by clergymen against minors.

“It is important to me to share the responsibility for the catastrophe of the sexual abuse by Church officials over the past decades,” said Marx in a letter to the pope dated May 21 and published Friday by his archdiocese in Munich.

Investigations and reports had “consistently shown there have been many personal failures and administrative mistakes but also institutional or ‘systemic’ failure,” added Marx, who was president of the German Bishops’ Conference from 2012 to 2020.

Slamming colleagues who “refuse to believe there is a shared responsibility in this respect”, he said the Church was at “a dead end”.

He added that he hoped his resignation would offer a new beginning for the Church.

Speaking to journalists at his residence in Munich, the 67-year-old confirmed the Pope had yet to accept his resignation, and that he would continue in his role until he received a reply.

Yet he said that the pontiff had now given him permission to publish the letter, which he had written over Easter and delivered in May.

“The Pope himself wanted this letter to be published — that’s important,” he said.

Germany’s Catholic church has been rocked by a string of reports in recent years which have laid bare the extent of sexual abuse of children by clergymen.

A study commissioned by the German Bishops’ Conference under Marx’s presidency and released in 2018 showed that 1,670 clergymen had committed some type of sexual attack against 3,677 minors, mostly boys, between 1946 and 2014.

However, its authors said the actual number of victims was almost certainly much higher.

Another report published in March exposed the scope of abuse committed by priests in Germany’s top diocese in Cologne.

Cologne bishop Rainer Maria Woelki, an arch-conservative, faced months of public criticism after he refused last year to allow the publication of an initial study.

He later commissioned the second report, which revealed that 314 minors, mostly boys under the age of 14, were sexually abused between 1975 and 2018 in the western city.

Known as a prominent advocate for change, Marx has clashed with both the Vatican and more conservative German clerics such as Woelki over attempts to reform the Church.

Following the 2018 report, he apologised on behalf of the Church to the victims of sexual abuse.

In April, he turned down the Federal Cross of Merit amid criticism from victims’ groups over the Church’s response to the scandals.

On Friday, he said that as well as investigating “individual failures”, the Church also needed to take on “institutional responsibility” for the abuse and take the opportunity to reform.

“I strongly believe in a new era for Christianity, but that will be easier to achieve if the Church renews itself and learns from this crisis,” he said.

At a Vatican summit on child sex abuse scandals in 2019, the Munich archbishop was a leading voice in calls for the Church to be more transparent.

Yet the Vatican has also been critical of Germany’s “synodal path”, a series of reform consultations initiated by Marx to reevaluate issues such as celibacy in the clergy, married priests and a greater role for laypeople and women in the Church.

Germany’s Catholic Church counted 22.6 million members in 2019 and it is still the largest religion in the country, but the number is two million fewer than in 2010 when the first major wave of paedophile abuse cases came to light.