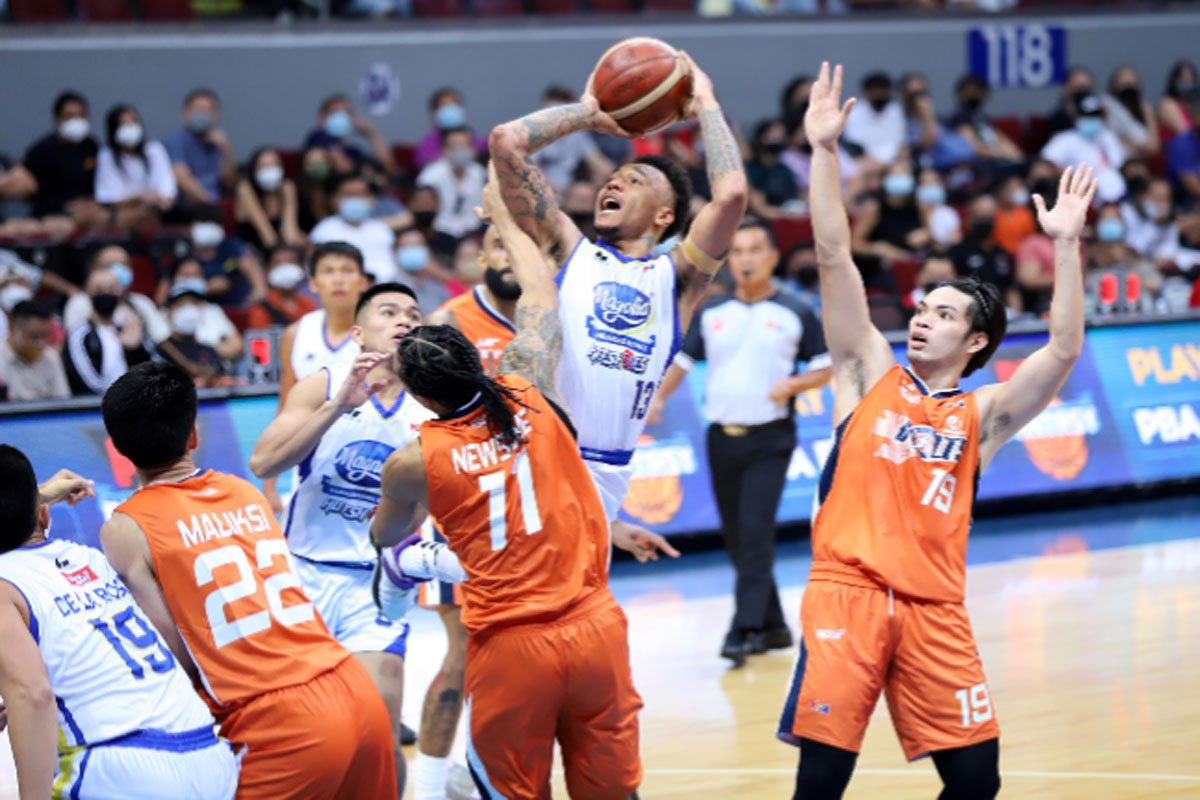 MAGNOLIA Pambansang Manok brought down Meralco, 94-80, in Game 1 of the PBA Governor’s Cup semifinals at the Mall of Asia Arena in Pasay.

Import Mike Harris waxed hot for the top-seeded Hotshots as he finished with a double-double of 26 points on 10-of-19 shooting and 16 rebounds.

Harris had a lot of help from his teammates.

Jio Jalalon added 15 points, six rebounds and six assists, while Paul Lee contributed 13 points and four rebounds for Hotshots, who overcame a 17-point deficit by outscoring the Bolts 29-13 in the third period.

But Meralco’s import, Tony Bishop, was limited to only 10 points on a dismal 5-of-19 shooting and 12 rebounds.

It was a sorry setback for Meralco, which led by 10 points early in the third quarter, 45-35, following a layup by Allein Maliksi.

The Hotshots even increased the lead to 14 points even as the Bolts failed to recover from there.

“We had a slow start. So I told the players that if we cannot match the intensity and aggressiveness of Meralco, we’ll have a hard time winning the game,” said Magnolia coach Chito Victolero.

“In the second quarter, we started playing the Magnolia Hotshots basketball,. And it started with our defense,” he added

In the other semifinal, Barangay Ginebra also drew first blood with a 95-86 victory over NLEX

Justin Brownlee led the way with 27 points and 14 rebounds for Ginebra, which is seeking its fourth Governor’s Cup title in five years.

.“Today, we are happy to announce the entry of Converge ICT Solutions Inc. into the Philippine Basketball Association. This was made possible following the successful conclusion of the sale and transfer of the Alaska franchise to Converge,” said Converge Co-Founder and CEO Dennis Anthony Y. Uy in a statement..

“I wish to thank the PBA Board of Governors led by Chairman Ricky Vargas, PBA Commissioner Willie Marcial and Alaska team owner Mr. Wilfred Uytengsu for the invaluable and unqualified support they have lent Converge in realizing its quest to become a member of the PBA.

Converge is extremely proud to be associated with the PBA, a pillar and institution in Philippine sports with a long and storied history. We are excited to commence our journey in building a track record and legacy of competitiveness, innovation, character, discipline, devotion and sportsmanship worthy of the support and respect of PBA fans.

In the PBA Season 47 which starts in June, Converge aspires to bring to the court a brand of basketball consistent with its revolutionary and entrepreneurial spirit.

We look forward to contributing our share in delighting and hopefully exceeding the expectations of PBA fans for topnotch sports entertainment.”

Kings a win away