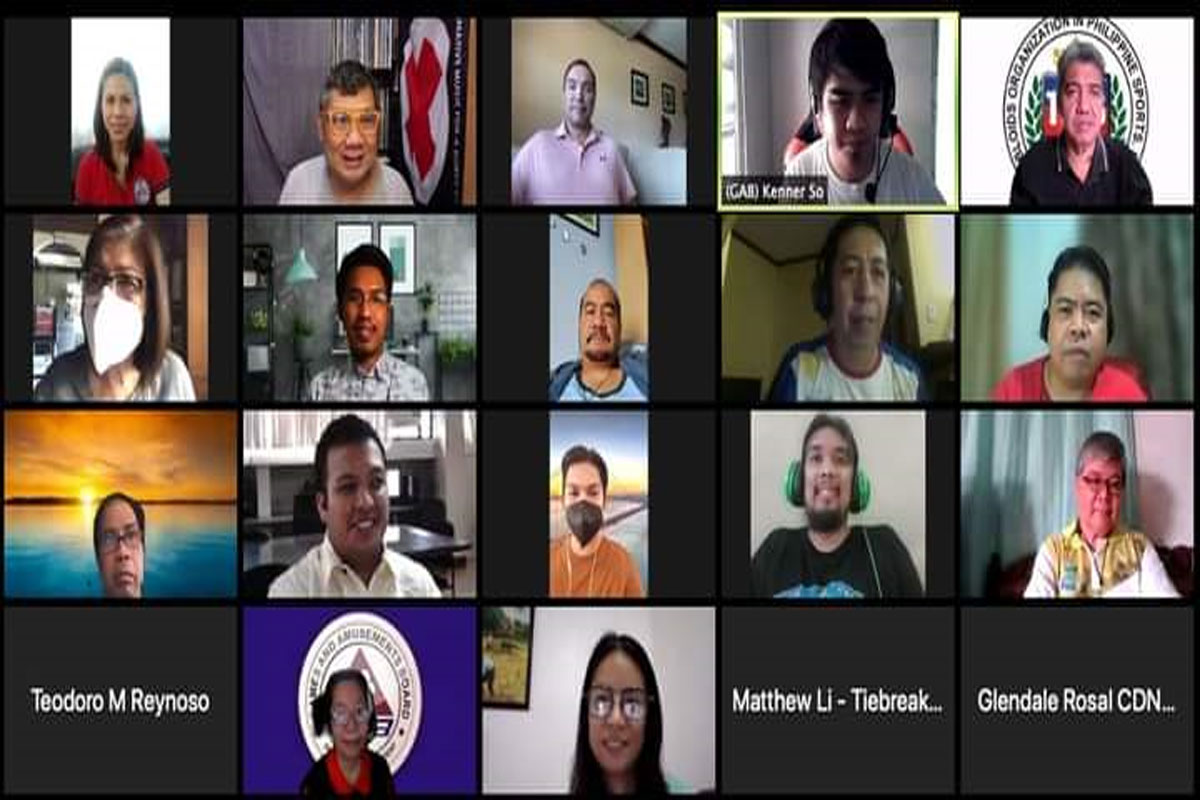 GAB Chairman Baham Mitra and other top officials of the government agency for pro sports join the media during the monthly virtual press conference of GAB. Photo courtesy of GAB
Other Sports,

THE Games and Amusements Board (GAB), headed by Chairman Abraham “Baham” Mitra, paints a bright future for Philippine boxing even as the country continues to battle the spread of a new variant of the coronavirus.

In the GAB monthly virtual press conference last Monday, Mitra lauded the unprecedented success of the Filipinos in the boxing ring and predicted more local promotions in the coming months despite the pandemic.

Mitra said the success of these boxers and the pair of top-notch boxing promotions this month should help the boxing community get back on its feet despite the continued threat of the virus.

The three-time lawmaker from Palawan, however, assured that all health and safety protocols of the Inter-Agency Task Force for the Management of Emerging Infectious Diseases (IATF-MEID) will still be strictly followed.

“Even as we move forward to this new normal, we should not let our guards down in this battle against COVID-19 and continue to ensure the safety of everybody,” said Mitra, who has steered GAB to greater heights since his appointment by President Duterte in 2016.

Mitra said the government sports agency will continue to work closely with the IATF and pro sports stakeholders to ensure the safety of athletes, the fans and other people involved in the holding of professional sports.

Mitra also announced the holding of the third and last Professional Sports Summit on Sept. 29.

“This will be our third and last professional sports summit and we plan to give the newest information on the conduct of pro sports,”explained Mitra.

The theme of the one-day summit is “Professional Sports through the Pandemic: Now and Future Directions.”

“We’re hoping to go out with a bang,” added Mitra.

Among the topics to be discussed during the summit are best practices now being successfully used by the PBA, PFL, PVL, Pilipinas Vis-Min Cup, NBL and NWBL,

“They will share their experiences in overcoming challenges in their respective restarts even during the pandemic,” he said.

“All the while we thought we would be back to normal by this time but we are not and we don’t know how this pandemic is going to last.”

In a report by GAB Acting Boxing Division and Other Contact Sports chief Jackie Lou Cacho-Ornido, the three fighters — Jerusalem, Apolinar and Apolinario — were cited by GAB for winning regional and international boxing titles.

Jerusalem captured the OPBF minimumweight crown over fellow ompatriot Toto Landero via a 12-round unanimous decision in Talisay Cigy.

Weightlifting added to the UAAP soon