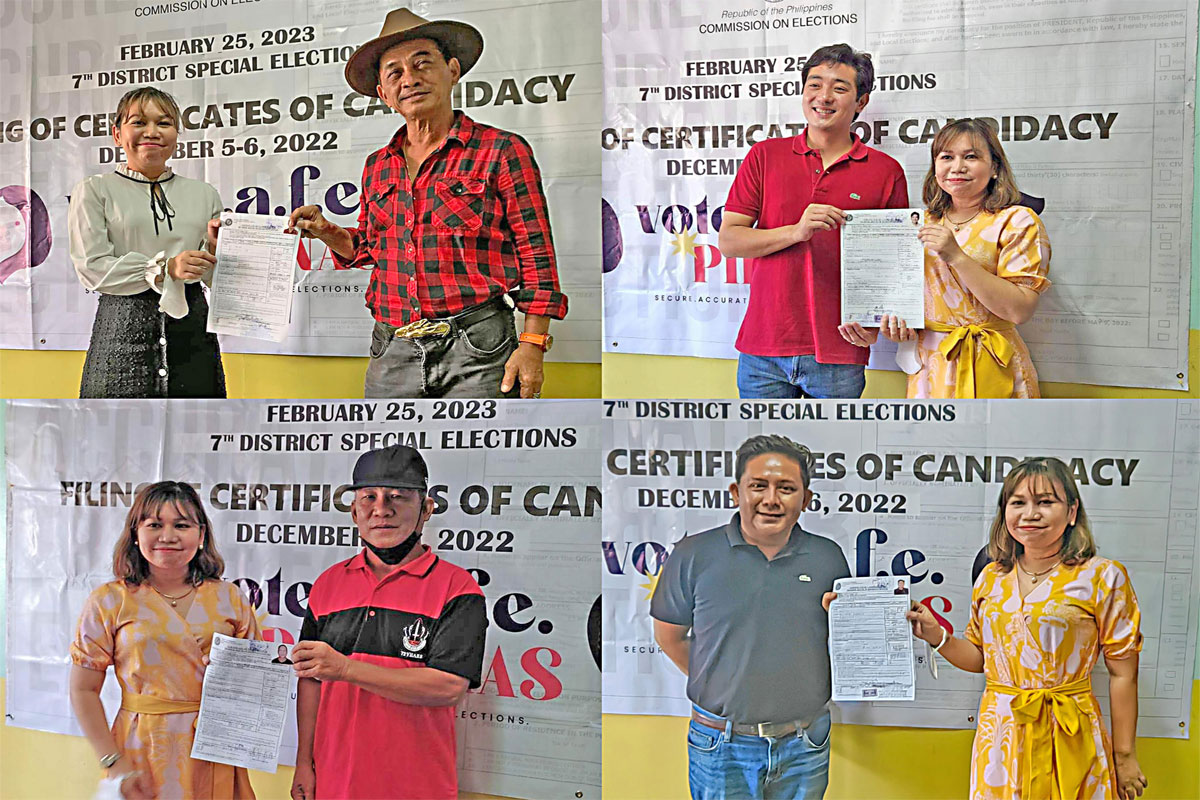 TRECE MARTIRES CITY, Cavite – Four will compete for the special election for Cavite’ 7th district congressional seat that will be held on February 25, 2023, based on those who personally filed their certificates of candidacy or COCs during the two-day registration, December 5 and 6, 2022.

According to Atty. Morales-Castro, the election period will start on January 26, 2023 and the start of the election gun ban for the post left by Department of Justice (DOJ) Secretary Jesus Crispin “Boying” Remulla.

“We will hold a gun ban checkpoint kick-off somewhere in Amadeo, Tanza, Indang, and Trece Martires City in cooperation with local police starting January 26 and will end on March 12, 2022,” Atty. Morales-Castro said in an interview.

Candidates have until December 9, 2022, to correct errors in their COCs and until December 15, 2022, for the withdrawal and substitution of candidates.

Three of the four candidates are independent, while Remulla is running under the National Unity Party or NUP.

Based on the Comelec Resolution no. 10848, the commission prohibits the illegal release of prisoners before and after elections, alteration of the territory of a precinct or establishment of a new precinct, carrying of firearms or other deadly weapons, use of security personnel or bodyguards by candidates, coercing, threatening, intimidating or terrorizing any elected officials or employees in the performance of their election duties.

Transfer of detail of officers and employees in the civil services, including public school teachers, Organizing or maintaining reaction forces, strike forces, or similar forces, suspension of any elective provincial, city, and municipal or barangay officer. Vote buying and vote selling, raising of funds through dances, lotteries, and cockfights, and the same are all prohibited.

The post was vacated by then reelectionist Boying Remulla after President Ferdinand “Bongbong” Marcos Jr. appointed him Justice secretary.