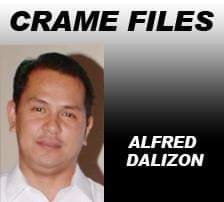 THEIR strong bond and friendship developed during their Philippine Military Academy days, PMA ‘foster brothers’ General Gilor Eleazar and Director General Wilkins Villanueva on Friday made history when they signed a PNP-PDEA Unified Operational Guidelines aimed at deterring future mis-encounters between agents of the two agencies.

With this, I want to congratulate the two top law enforcement officials for making sure that there will already be a set of rules which will serve as the ‘Bible’ of the PNP and the PDEA as they continue their war on drugs in the country. Indeed, I call it ‘historic’ since it took the two agencies 19 long years to finally come up with their joint operational procedures.

For the uniformed, the set of unified coordination guidelines provided a clear-cut mechanism between the PDEA and the PNP prior to the conduct of planned anti-drug operations in order to avoid a repetition of tragic incidents like what happened during a ‘deadly mis-encounter’ between operatives of the PDEA and the Quezon City Police District last February 24.

The Circular should eliminate any misunderstanding, miscommunication and mis-encounter between drug law enforcement units that impedes the drug supply reduction efforts of the government’s anti-drug campaign,” Villanueva, a member of PMA ‘Maringal’ Class of 1988 who used to be a Police Colonel before he joined the PDEA said.

The circular states that only members of the PNP Drug Enforcement Group-Special Operations Units as well as operatives of the different Drug Enforcement Units (DEUs) of Regional, District, Provincial, City, Municipal and Police Stations are authorized to conduct anti-illegal drug operations in coordination with PDEA.

It also effectively prohibited other PNP operating units from conducting anti-drug operations on their own unless jointly done with PDEG and/or the concerned DEUs that will lead and initiate coordination with PDEA.

Simply put, Gen. Eleazar said that they are standing on a ‘One Jurisdiction, One Operation” Rule and in no case any two units will be allowed to operate in the same area at the same time. There shall only be one anti-drug operation in a particular area at a particular time covering areas of jurisdiction of PNP city and municipal stations.

The move aims to prevent tragic accidents like what happened in Commonwealth, Q.C. where PDEA and Quezon City Police District agents engaged in a fierce gunbattle with the whole country watching the unfolding of the events as netizens covered it with their mobile phones.

With the guidelines out, PNP anti-narcotics units must submit a Pre-Operation Report and a Coordination Form to the PDEA before moving in. When personal coordination cannot be made, online submission of the requirements for application in the issuance of COC is permitted, Villanueva said.

In case that two or more operating units simultaneously coordinated with PDEA ROC concerning the same area of jurisdiction, an order of priority shall be observed. However, operating units may come to an agreement not to observe the order of priority as prime importance will always be given to an operation where the subject target is of greater value, Villanueva explained.

As agreed upon by the two top officials, PDEA will be provided an official list of PNP drug enforcement operatives, including their designation and contact number of the Team Leader, for purposes of reference and verification prior to the issuance of COC and monitoring of reportorial requirements.

Both Gen. Eleazar and Villanueva said that ‘non-compliance with the provisions of the circular will not prejudice the evidentiary value of the seized drug evidence and/or the case but the personnel liable shall be dealt with administratively or criminally pursuant to existing civil service rules and the applicable laws and regulations.’

Gen. Eleazar thanked the men and women of the PNP and PDEA who crafted the guidelines following a series of consultations. He particularly cited the PNP Directorate for Operations headed by Major Gen. Alfred Corpus and his deputy, Brigadier Gen. Franco Simborio as well as their counterparts from the PDEA led by Director Wardley Getalla. Villanueva was also joined by his deputy, my friend, retired Gen. Greg Pimentel of PMA ‘Sandiwa’ Class of 1985 on Friday.

Both PNP and PDEA chiefs stressed that with the signing of the unified guidelines, they will be finally able to avert communication gaps between PNP and PDEA operating units and ensure there won’t be no loopholes and no human rights will be violated during the conduct of anti-drug operations.

Villanueva, a ‘foster brother’ of Gen. Eleazar of PMA ‘Hinirang’ Class of 1987 described last Friday’s occasion as ‘one of the most important documents signed in Philippine law enforcement history.’

He was right since for more than 19 years, it is only now that the matter on coordination between the PDEA and the PNP was formally made. Since its creation in 2002, PDEA has had its share of ‘rifts’ with the PNP specifically in the issuance of ‘pre-ops clearances’ coupled with a number of ‘mis-encounters and near-shootouts.’

“What happened in Commonwealth is a timebomb that is likely to happen dahil hind inga napag-usapan for more that 19 years ang tama at specific na coordination between the two parties and I would like to thank Gen. Eleazar at once and for all, natuldukan namin ang pangangailangan nito. This is dedicated to the future generations of PDEA and PNP agents who will fight drugs for the future of our country,” Villanueva told me.

Gen. Eleazar said that the two unfortunate incidents between the PNP and the PDEA this year out of the thousands of their joint operations prompted them to unite in signing the ‘product of hard labor’ aimed at further professionalizing the two agencies as they fight a common enemy: drug lords and their ilk.

The PNP chief said that as agreed, it will be the PDEA, as the country’s lead anti-narcotics agency that will decide on who will conduct an anti-drug operation in a particular area. “Kung me planned operation ang PDEA, they will tell the PNP to wait. But they also have to coordinate with the PNP and make their presence known in the area,” the top cop said.

Gen. Eleazar said that as they agreed, PNP and PDEA officers who will fail to follow the new guidelines will be courting administrative sanctions. Serious offenses may lead to either the suspension, demotion or even dismissal of the erring personnel apart from the filing of criminal charges against them, he said.

He also told his men to fully comply with the new guidelines with a renewed call on his commanders including middle-level officers to fully supervise their men each time they conduct an anti-narcotics operation. The PNP and the PDEA needs this timely agreement since we don’t need drug lords and their ilk to laugh at us as they watch from the sidelines.

COVID-19 by the number and by the letter