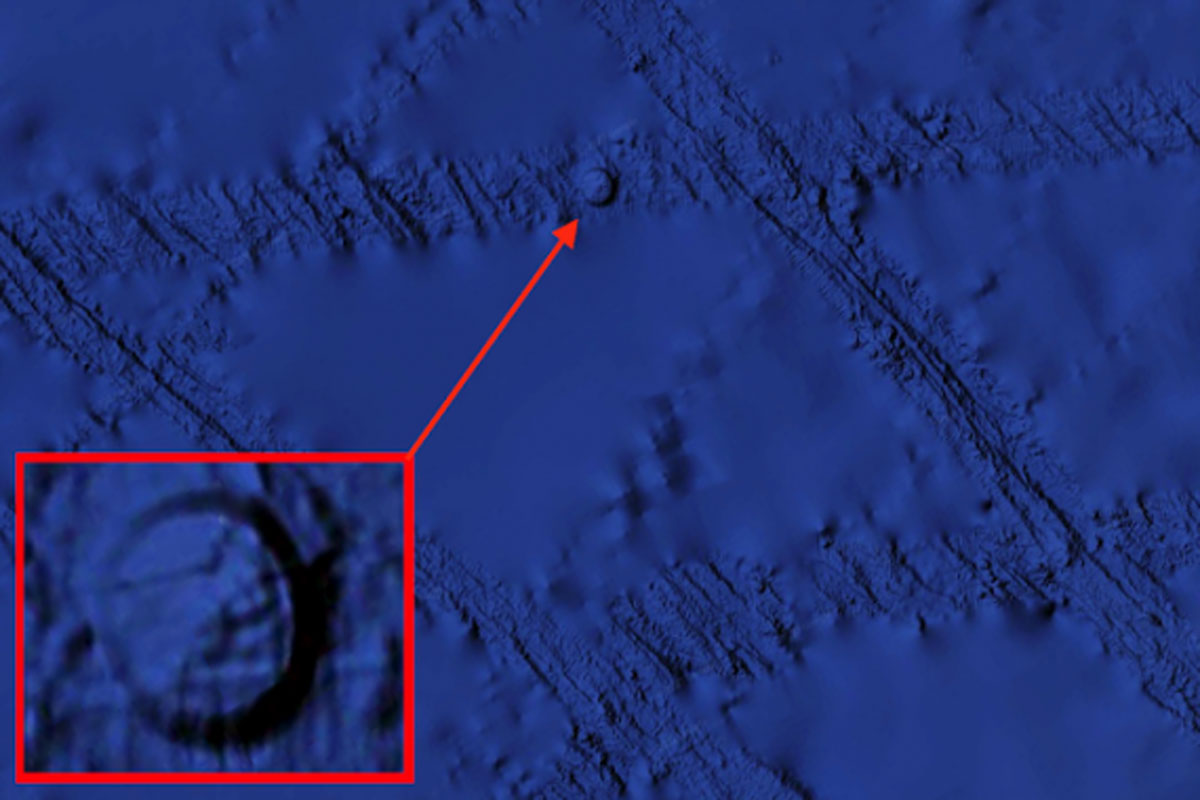 Show a family photo to Scott C. Waring of UFO Sightings Daily and he will probably point out a UFO In the sky, an alien standing next to Uncle Harry and possibly some red eyes signifying your mother-in-law really is possessed by a demon. Waring spends much of his time magnifying NASA images of the Moon and Mars and Google images of Earth and he occasionally finds anomalies that make one go “Hmmm” … while making Waring go “Alien!” That happened this week when a speck on a Google Earth image of water off the coast of Peru had him declaring it was a five-mile-wide UFO on the bottom of the ocean … or the remains of Atlantis. 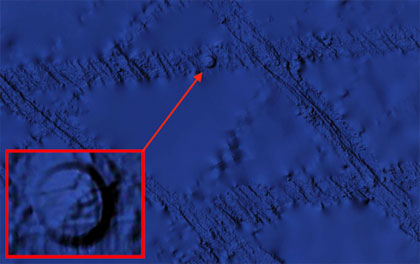 “Now there is a 7km UFO sitting at the bottom of the ocean. It next to a very mysterious location…Nazca, Peru famous for the giant drawings in the dirt that are hundreds of meters long. Those Nazca lines are said to be drawings to welcome the god. Back then such alien technology flying though the sky could easily be mistaken for gods. Its obvious that the two are connected.”

Obvious? What’s obvious is that Waring can really find the anomalies and that this one is off the coast of Peru … which is home to the mysterious Nazca lines. Does that mean they’re somehow connected? Peru is home to a lot of other things – could this also be an ancient llama corral? One doesn’t need to squint to see a slight resemblance to a UFO (Waring is kind enough to make his photos available to the media) but that doesn’t make it one. He obviously knew you skeptics would think that, so he provides an alternative explanation.

“As I remember, this circular shape is also the right size and shape to be the lost city of Atlantis, which I have long believed to be and alien ship that was floating on the ocean, then later submerged.” 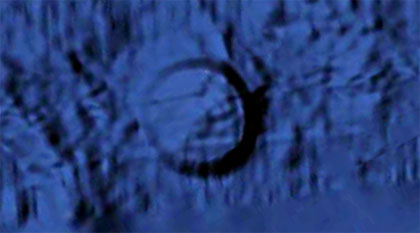 Did Plato say Atlantis was five miles wide, a perfect circle … and located in the Pacific off the coast of South America? Even the esteemed Greek philosopher would facepalm at that broad connection of dots, but that is Waring’s calling card. If you’re not impressed, try spotting the anomaly for yourself on the original Google photo. Even if you manage to find it, does it convince you, as it does Waring, that this is “100% proof of ancient aliens”? Now that you can see it magnified on his site, what do you think it is? An unusual formation on the bottom of the ocean?

Scott C. Waring is a master at locating anomalies and his interpretations of photos and videos are quite entertaining. One of these days, he may be right.

The Orang Minyak: The Oily Demon of Malaysia