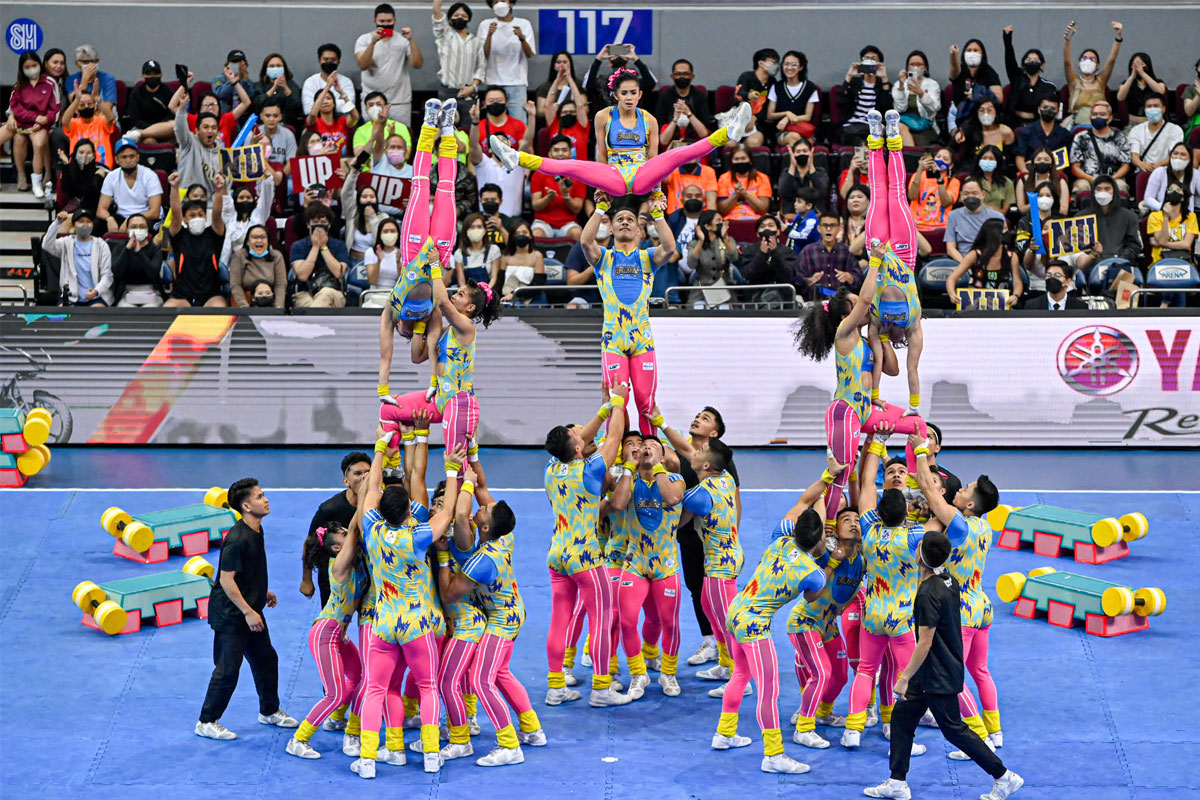 A former Far Eastern University star cheerdancer, Bernabe stepped down after steering NU to a seventh crown as she is set to get married soon.

Riding on a strong showing on dance, which Bernabe emphasized prior to the competition, stunts, pyramids and tosses, NU’s high-risk, high-reward showing in front of 18,029 fans gave its decorated cheerdancers 723 points to end FEU Cheering Squad’s six-month reign in the league’s biggest special event.

It was a fitting send off for Bernabe, who was just overwhelmed with gratitude to everyone who has been with her in this historic 12-year run for the squad.

It was an unexpected road for Bernabe as she had not seen herself leading a squad, more so, putting it in the spotlight like what she had done with the program.

It was in 2013 that began the remarkable rise of NU, a perennial cellar-dweller who ranked sixth two years before that and achieved its first-ever podium finish by placing third the following season.

Now, NU has moved closer to University of Santo Tomas Salinggawi Dance Troupe and University of the Philippines Pep Squad, which are still tied as the most successful cheerdance squads with eight.

FEU coach Randel San Gregorio paid tribute to the legacy left by Bernabe, not only in the UAAP but to the Philippine cheering community.

“She is the heart and soul of NU,” said San Gregorio on Bernabe.

Paying homage to the late rap great Francis M., FEU recorded 719 points, thanks to its solid tumblings to finish second.

The Lady Gaga-inspired performance gave UST’s best performance in five years, as it reached the podium with 640 points.