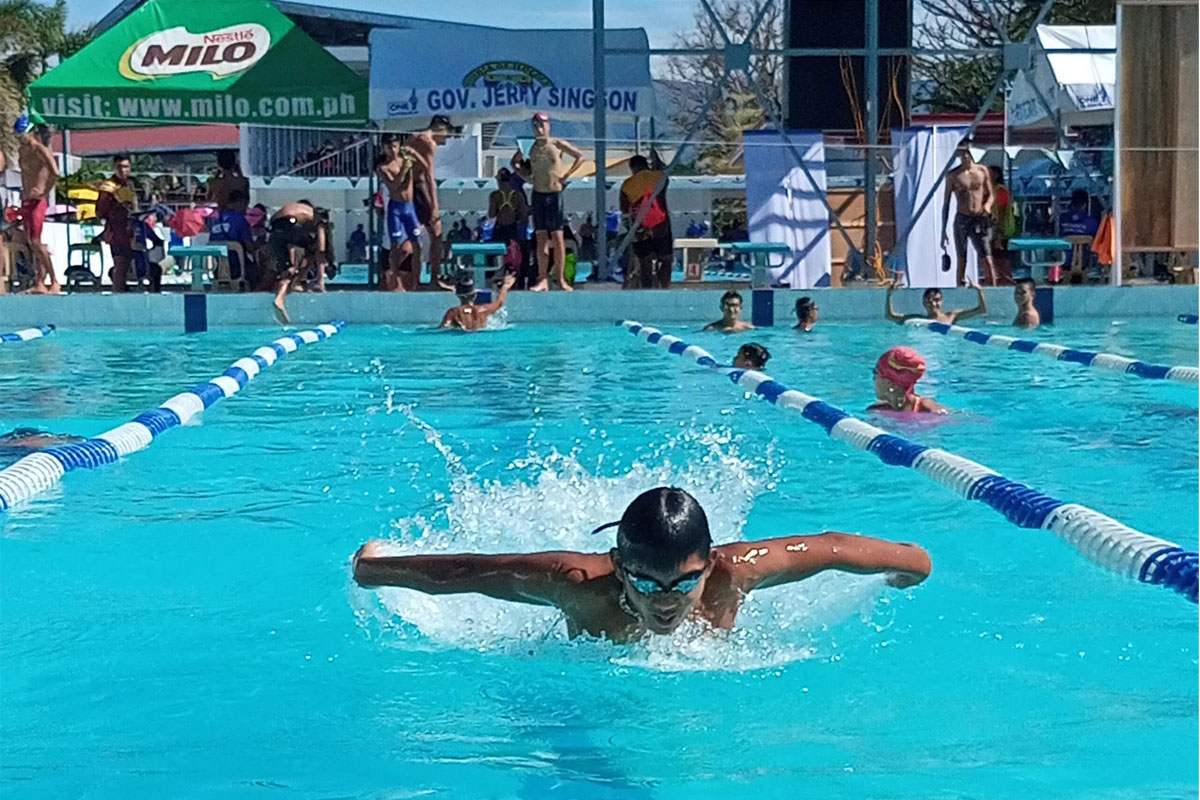 Cabana in action.
Other Sports,

BANTAY, Ilocos Sur — Kristian Yugo Cabana of Lucena City made the biggest splash on the first day of the swimming competitions in the 2022 Philippine Sports Commisssion Batang Pinoy by winning the meet’s first gold medal at the Quirino Stadium pool here Saturday.

Cabana, a Grade 7 student of International School for Better Beginnings, recorded 2:29:50 in the boys 12 years old and under 200-meter individual medley for the gold.

Cabana, who dreams of representing the country in the Olympics, is the son of Borgy and Bernadette Cabana and brother of Yohan Mikhael Cabana of the University of Santo Tomas gold-medal winning relay team.

A first-timer in Batang Pinoy, Cabana is also scheduled to compete in four more events — the 50m, 100m and 200m butterfly, and 200m freestyle.

Sharing the limelight were Kyla Louise Bulaga of La Union Province and Evenezir Polancos, Jr of General Santos City, who also bagged the gold medals in their respective categories.

Other swimming winners were Jeanne Dominic Bongotan of Baguio, Stacey Bernice Requiza of Davao City, Peter Cyrus Dean of Lucena and Richelle Anne Callera of Quezon City, all in the 50m backstroke.

Hostilities in other sports continue Sunday with the archery competitions at the San Ildefonso Central School, athletics in Bantay, cycling infront of the Provincial Capitol in Vigan and weightlifting at the Sta. Catalina Gym.

In cycling, the girls’ criterium event unfolds at 8 a.m. while the boys’ section will follow at 10:30 a.m.

The individual time trial is scheduled tomorrow while the road race on the final day on Monday.

Elsewhere, standard chess also begins at the Baluarte in Vigan.

The rapid and blitz events are scheduled on the final two days on Tuesday and Wednesday.

This five-day exhibit is a celebration of the rich Filipino culture as displayed in indigenous games of different tribes of the region.