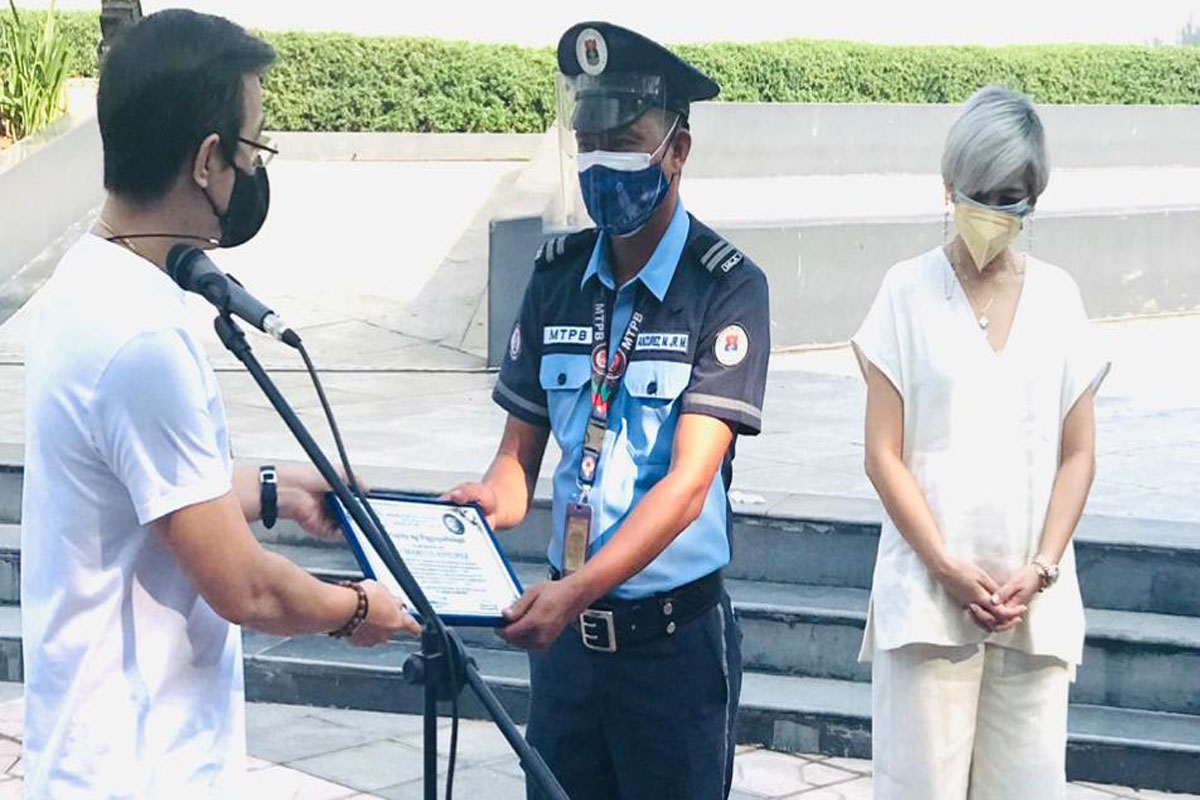 THE female motorist who harmed a traffic enforcer of the Manila Traffic Parking Bureau (MTPB) and landed in jail for drug possession was found positive for drug use.

This was reported by MTPB chief Dennis Viaje to Mayor Isko Moreno, saying this explains hee bad behavior on the ill-fated day. The three other male suspects said to be her cohorts were also found positive when tested following their arrest.

“Thank you for restoring the people’s trust and dignity in the MTPB,” Moreno told Anzurez, noting how bad the image of the MTPB had been for the past previous years.

The mayor said the MTPB these days deserve commendation not only for enforcing traffic regulations to the letter but even for running after armed criminals at the risk of getting killed.

Moreno praised Anzurez for not allowing his personal feelings come in the way of his job, as he kept his cool despite the physical attacks he got from suspect Pauline Altamirano alias Maria Hola Sy, 26, said to be a model and residing at Unit 8E, Tres Palmas, Taguig City,

Moreno ordered Altamirano charged accordingly along with her three cohorts identified as Rendor Sanchez, 30; Jason dela Cruz, 29, and Marlon de Guzman, 29, all of Calamba, Laguna, after drugs were found on them.

Altamirano landed in the office of special mayor’s reaction team (SMART) chief Lt. Col. Jhun Ibay when she was earlier accosted by MTPB traffic enforcers Anzures and Rowell Echalar for beating the red light along Osmena Highway near corner of San Andres in Malate while aboard a white Toyota Fortuner with plate numberNo. NAX-2723. She failed to present a driver’s license, got off and then slapped, punched and collared Anzures.

The enforcers sought help from the police and Ibay had her car towed. Once at City Hall, drugs were found on her when she was requested to empty her bag and lay its contents on a couch.

She then contacted the suspects to get her bag. Sanchez appeared and was nabbed upon receiving the bag. He then readily led the group of Ibay to the van where the two other suspects were waiting for him and drugs were also found on them.

All four were charged accordingly and all four also tested positive for drug use, Moreno said.

Caloocan ready to give jabs to A4 priority group