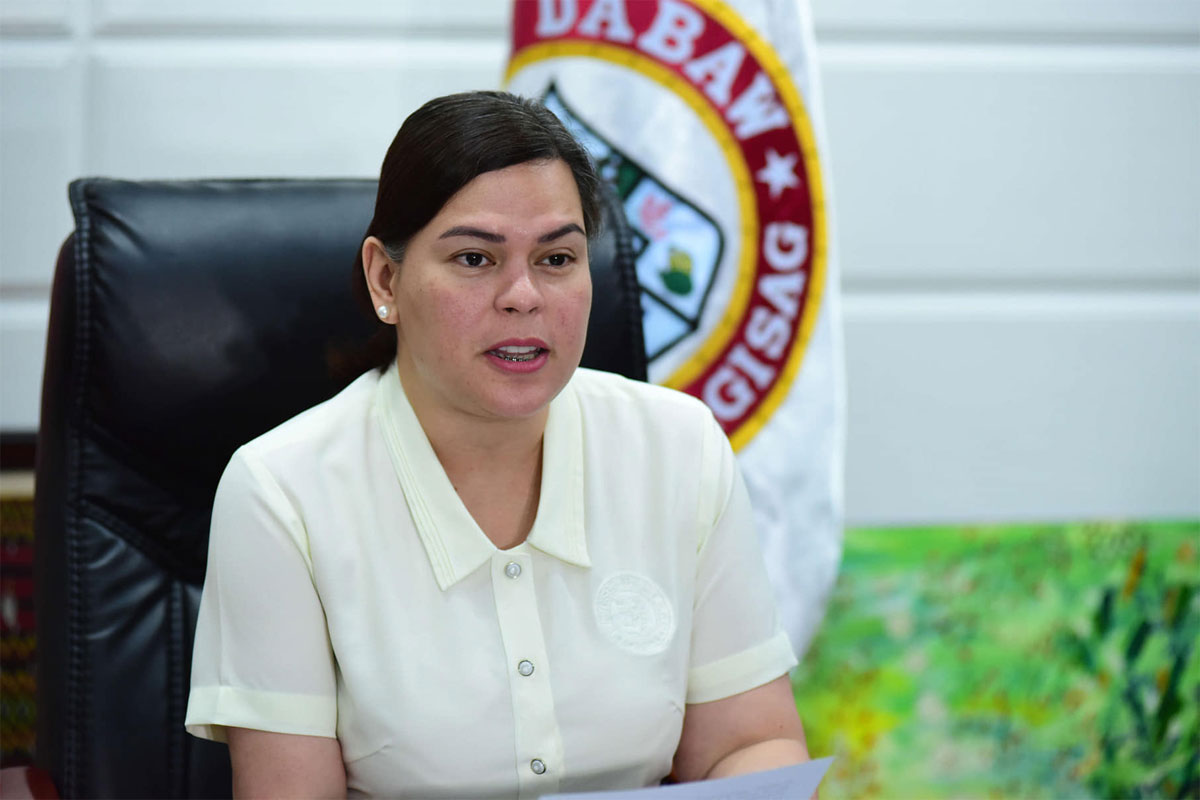 IT’S up to congress to retain or scrap the proposed P500M confidential funds for the office of the Vice President, Vice President Sara Duterte said

The amount, which was included in the proposed P2.3 billion budget for 2023, was the subject of criticism from different sectors and debate in the House of Representatives as it tackled in the plenary the first full budget of the new administration.

Duterte, who was present in the plenary session, conveyed to Davao de Oro Rep. Maria Carmen Zamora, the sponsor of the OVP budget, that she will give it to the Congress the decision on the retention or removal of the confidential fund.

“Mr. Speaker if I may, your Honor, the Honorable Vice President has just shared it with me now that she’s saying, she defers to the decision of the majority of this honorable Congress,” Zamora said.

In his interpellation, Albay Rep. Edcel Lagman pressed on why the OVP intends to have confidential funds when surveillance is not part of its mandate.

“Now our understanding is that the Honorable Vice President is not willing to forego not even a single centavo of the P500 million confidential fund allocated in her office,” Lagman said.

Lagman asked Zamora as to whether past vice presidents — from Salvador Laurel, Joseph Estrada, Gloria Macapagal Arroyo, Teofisto Guingona, Noli de Castro, Jejomar Binay, and Leni Robredo got confidential funds for their respective offices, to which the later said “there were none.”

In defending the budget of the OVP, Zamora said the OVP having confidential funds is allowed by rules.

Also, she said, there is nothing wrong with the budget of the OVP because it will be used for good governance programs such as financial subsidy to the poor, medical and burial assistance and free bus ridership.

“The Vice President, being a former local chief executive of the City of Davao, who is a staunch supporter of advocacy on peace and order and national security, deemed it proper to be a complimenting partner with the Office of the President in assuring that all of the President’s program will be implemented based also on the perspective of ensuring of a peaceful and secure nation,” Zamora said.

“And it is the intention of the Honorable Vice President to implement her programs using these confidential funds to assist and help all agencies in ensuring and achieving national security in the country,” she added.

Meanwhile, Lagman assured the House that he asked these questions not to disrespect Duterte, but to enlighten Congress about the issue.

“I am making this interpellation for the enlightenment of the members of the House, and not in disrespect of the second-highest official who was popularly elected. But in the same token, the OVP must heed the popular clamor on the reduction of her budget which is excessively huge compared to the previous budgets of the former vice presidents, particularly on the allocation of a P500 million confidential fund,” he noted.