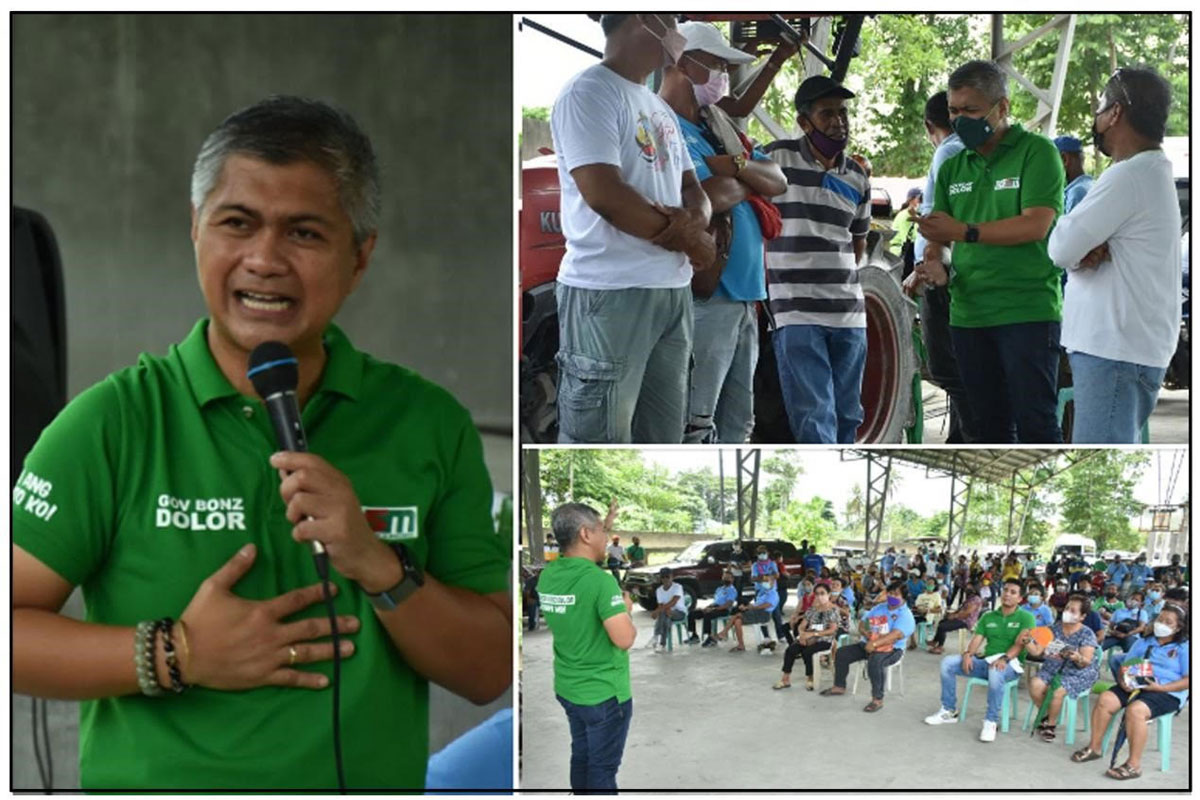 ORIENTAL MINDORO – “I am also a farmer like you so I feel the hardship you are going through. As the Governor of the people of Mindoro, it is my duty to promote the well-being of your sector and even other sectors of society. You are heroes because you feed the people, so expect a government to take care of you. A government that is human, faithful to service.”

This was emphasized by Gov. Humerlito “Bonz” Dolor when he attended the regular meeting of the Managpi Farmers Association held in Calapan City on April 7.

According to the Governor, he will allocate P1 million in financial assistance for the organization to be used by them to purchase the necessary farming equipment.

In addition to the seeds and fertilizer to be provided, he said that “their expenses will be greatly reduced.”

Dolor further said that the organization will work hard to find one hectare of donated land that can be used to build a drying facility, and he will include it in the next batch for Calapan City.

The farmers association has 200 members in its barangay led by Bgy. Councilor Teodulo Macaraig.

Meanwhile, Bgy. Capt. Roberto Sanchez extended his gratefulness for the governor’s care for the farmers in his barangay.