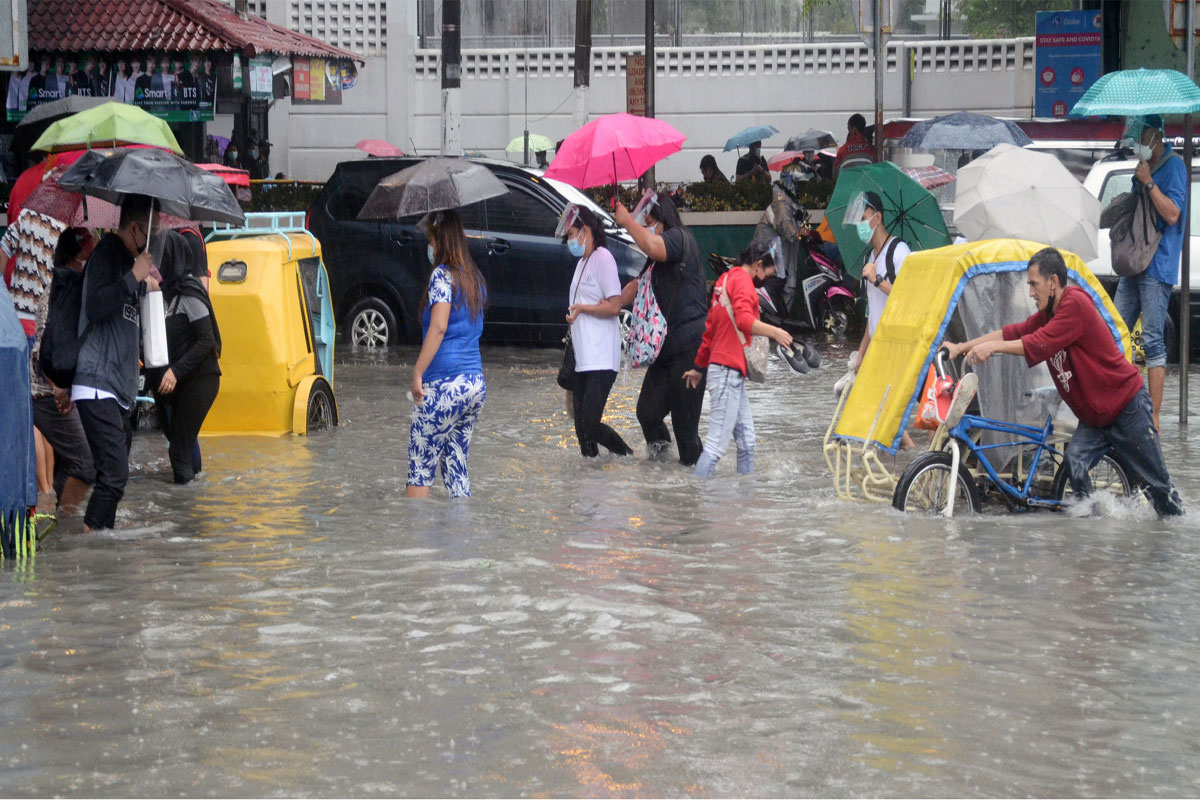 TYPHOON Fabian has intensified, but has no direct effect on any part of the country, weather forecaster Chris Perez of the Philippine Atmospheric, Geophysical and Astronomical Services Administration (PAGASA) said Wednesday.

“Fabian” is far from the landmass and has been moving slowly for the last six hours, he said.

The typhoon packs maximum sustained winds of 150 kph near the center, and gustiness of up to 185 kph. It was last tracked 705 kilometers east northeast of Itbayat, Batanes.

No tropical cyclone wind signal (TCWS) is currently in effect, but Perez advised residents of Batanes and Babuyan Islands to monitor developments as a change in the forecast track of “Fabian” may result in the hoisting of TCWS no. 1 over their areas.

“Fabian” is also expected to further intensify by Thursday, and exit the Philippine Area of Responsibility (PAR) on Saturday.

Weather disturbances “Fabian” and “Cempaka”, which is outside PAR, continue to enhance the southwest monsoon.

Heavy rains are likely in those areas, Perez said.

The enhanced southwest monsoon will also cause rough to very rough seas over the seaboards of Batanes and Babuyan Islands, and the western seaboard of Palawan (including Kalayaan and Calamian Islands) and Occidental Mindoro (including Lubang Islands).

Moderate to rough seas will continue to prevail over the eastern and the rest of the northern and western seaboards of Luzon.