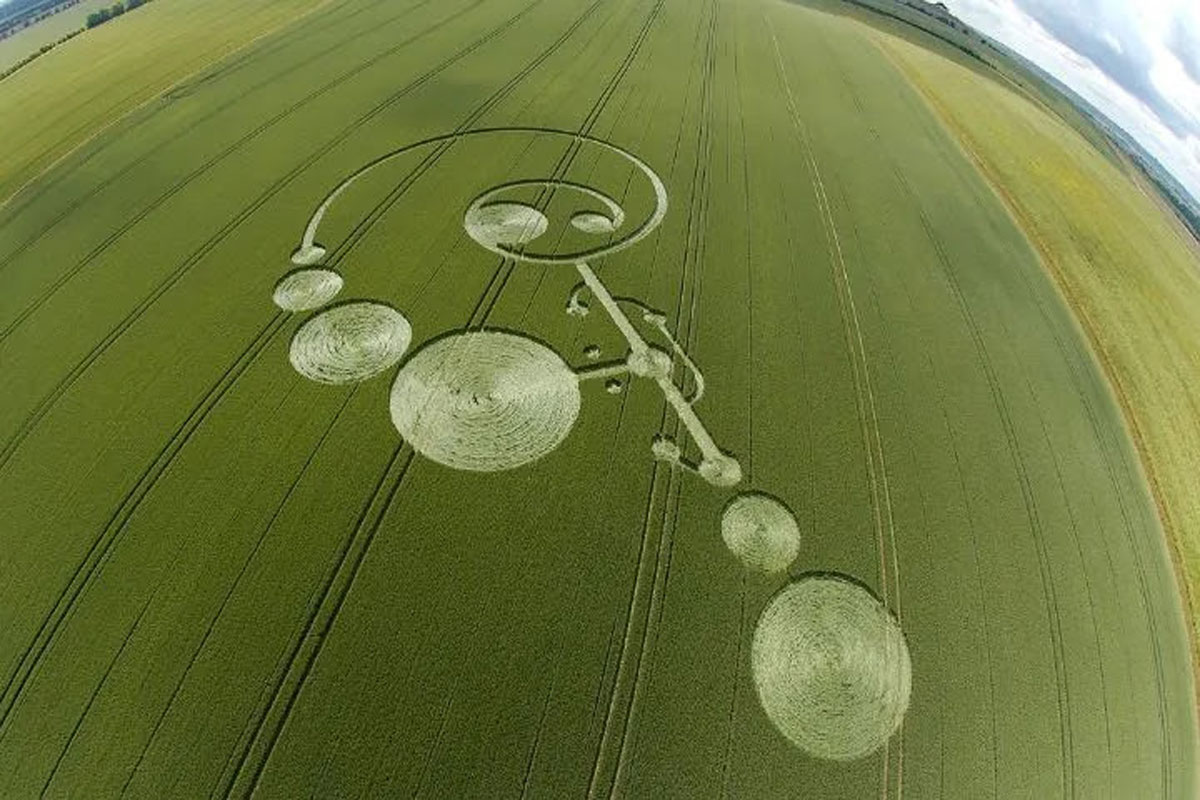 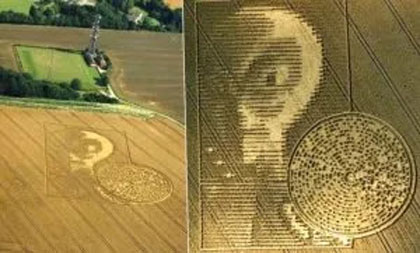 Mysterious patterns in the form of circles in farmers’ fields for many years kept scientists guessing about the reasons for their appearance.

The Live Science portal has collected the most popular explanations from experts about what the mysterious circles really are.

According to BBC Travel, most crop circles are recorded in the UK. However, in recent years, similar cases have increasingly begun to occur in other countries of the world. 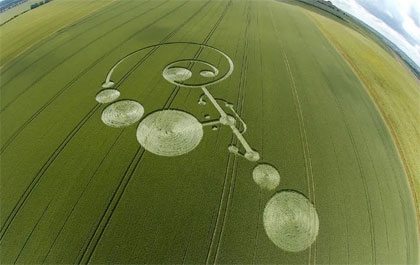 The first mention of this phenomenon, according to The Smithsonian Magazine, is in a 1678 engraving showing a field sown with oats, the stems of which were flattened into circles.

Australian Geographic notes that the first appearance of such circles, which became known to the whole world, occurred in 1966. Then a local farmer reported that he saw a flying saucer in the sky that took off from the grass in a nearby swamp.

And when the man arrived at the site of the alleged takeoff of the UFO, he found the grass flattened in the form of circles. However, experts then said that the sedge stems, flattened in a strange way, could have been left by local animals. Another version said that the circles could appear due to fungi living on plants. 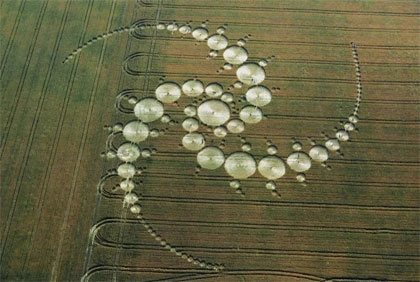 The following crop circle report, according to Nature, is from the 1970s. Moreover, the number of eyewitness accounts increased from then until the 1990s. The latest sightings of eyewitnesses described complex geometric shapes from circles, from which some craftsmen were even able to derive mathematical equations.

The most complex pattern was described in July 1996, when, according to the author of the book “Crop Circles for Beginners” Harry Eilenstein, a fractal pattern appeared in just an hour near Stonehenge. The image was so complex that it could no longer be attributed to weather or other phenomena. 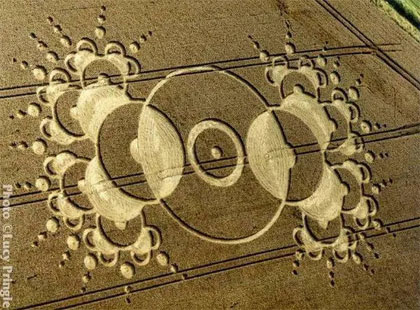 National Geographic wrote that crop circle collectors offer many theories about their origin. One of the most absurd versions said that the mysterious circle patterns were accidentally created due to the unusual sexual activity of hedgehogs.

Other theories described the circles as the result of unusual winds. Molecular biologist Horace Drew believes that the circles are created by time travelers or aliens. He believes that he was able to decipher the messages that are encoded in the patterns: “Believe”, “There is good there”, “Beware of bearers of false gifts and their promises” and “We are against deception”.

However, other researchers believe that if these circles were left by extraterrestrial intelligence, then they are unlikely to carry pseudo-biblical messages. It would make more sense if the patterns encoded information on how to contact aliens or the secret of traveling at the speed of light. 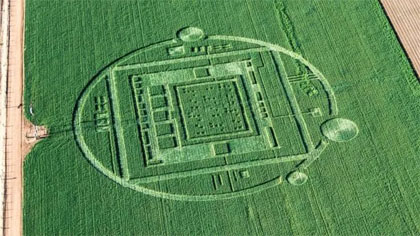 Despite the abundance of theories, the most plausible of them says that the creators of the circles are people. In 1991, two men from Southampton, England, Doug Bower and Dave Chorley, admitted to having created the mysterious circles found in Hampshire and Whiltshire.

They probably had followers or imitators. However, those who believe in the alien origin of the circles believe that there are “real” circles left by non-humans, according to The Smithsonian Magazine.

At the same time, all researchers note that in most cases, all crop circles really have the shape of a circle and appear at night. Most likely, because the circle is the easiest to create, and under the cover of night, no one will see the hoaxers behind these actions.

However, whatever the crop circles are, there is still not a single piece of evidence that describes the process of their creation. Perhaps their authors are people, perhaps they are not. Neither has been proven. 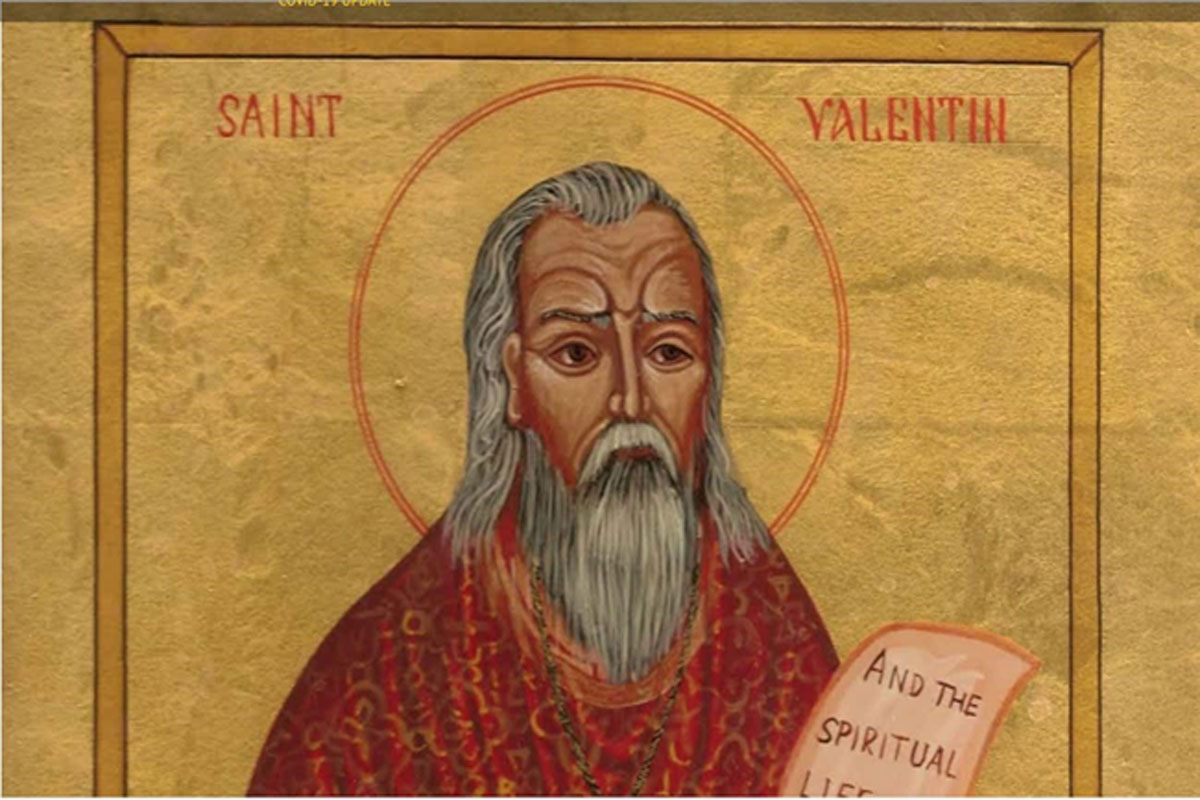