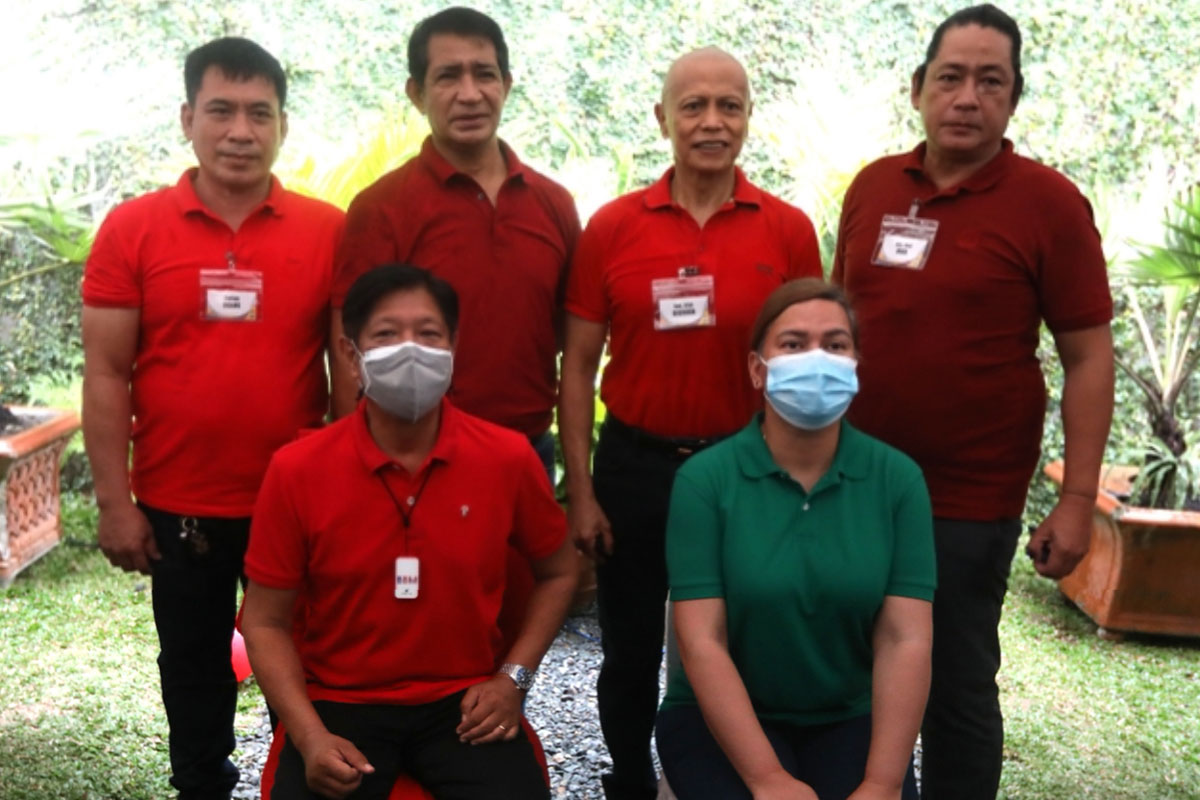 On Saturday, the two groups of retired senior officers, including generals and non-commissioned officers from the Armed Forces of the Philippines (AFP) and Philippine National Police (PNP) separately issued manifestos of support backing the presidential and vice presidential bids of the UniTeam tandem.

“We firmly believe the UNITEAM tandem of Senator Ferdinand ‘Bongbong’ Marcos and Mayor Sara Duterte-Carpio will promote national unity, from the northern islands of Batanes, to the southernmost part of Tawi-Tawi,” said the manifesto For National Unity, For Peace, and For Inclusive
Progress signed by at least 486 retired senior officers.

“We laud the long-term plan of the UniTeam of Senator Ferdinand “Bongbong Marcos Jr. and Mayor Sara Duterte-Carpio, which we believe will bring the Philippines back to its former glory,” the statement of support added.

On the other hand, the enlisted personnel said they believe Marcos and Duterte are the only ones who could continue the “whole of nation” approach in the counterinsurgency and counterterrorism operations.

The two groups handed their statements of support to Duterte and Marcos, who accepted them by inking their signatures, during a meeting at the office of the Arms Corporation of the Philippines (ARMSCOR) in Marikina City that was facilitated by the “Next Gen for BBM-SARA.”

The Next Gen is an alliance of next generation of leaders that bridges partnerships with the private sector, communities and grassroots groups who fully supports the UniTeam’s values and programs towards a stronger, sustainable and “united future.”

Duterte, a reserve Army Colonel, thanked the support from the two groups of retired soldiers and enlisted personnel which followed a similar endorsement from a bigger group of retired generals several days ago, and included former chiefs and chiefs of staff of the PNP, Philippine Coast Guard and the AFP.

Both the groups of senior officers and enlisted personnel warned against any collaboration by candidates with enemies of the state, including the Communist Party of the Philippines-New People’s Army.

“We denounce any move of any political party to collaborate with terrorist groups like the CPP/NPA and their affiliate organizations in order to gain political clout and win in any elections, whether national or local,” the senior officers’ manifesto said.

“It is our firm belief that any alliance with the enemies of the state, whether by a sitting elected official, or by a candidate for a national position, is tantamount to treason in its highest form,” it added.

Marcos and Duterte received souvenir items such as UniTeam-inspired shoes, helmet, uniforms, and military book of discipline from the retired military and police generals and officers and enlisted personnel.

Duterte also met with the members of the Philippine Footwear Federation, Inc.

The leading duo also held a rally at Armscor whose supporters braved the heavy rain during the rally.

A UniTeam grand rally was scheduled Saturday night at the Riverbanks Center in Marikina City.