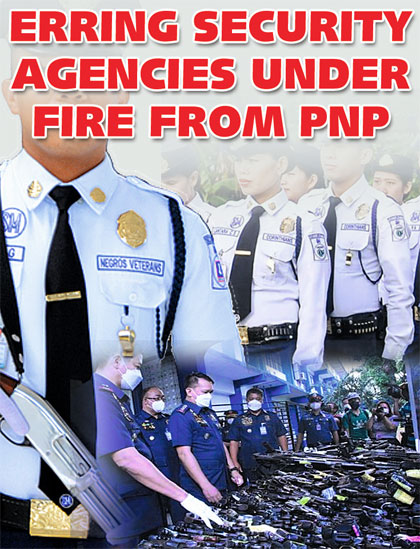 PHILIPPINE National Police (PNP) chief, General Dionardo B. Carlos has ordered a continuing crackdown on erring private security agencies in the country amid their strict enforcement of the 150-day nationwide gunban which will last until this coming June 8.

Apart from complaints of unfair labor practices including poor wages and non-payment of benefits which is being handled by the Department of Labor and Employment (DOLE), a number of private security companies in the country are being investigated for firearms’ irregularities.

They include the so-called ‘kambal scheme’ in which some unscrupulous private security agencies buy two or more home-made firearms of the same make and caliber, secretly stamp them with the same serial numbers and issue them to their guards for economical reasons.

Last week, Gen. Carlos personally witnessed the turnover of 526 pieces of firearms confiscated from security guards by inspectors from the PNP Civil Security Group and the PNP Supervisory Office for Security and Investigation Agencies and from other delinquent gun-holders.

The guns belonging to the security guards were seized by officers from the PNP-CSG headed by Major Gen. Jesus D. Cambay Jr. and the PNP-SOSIA under Brigadier Gen. Sydney N. Villaflor from January 1 to 20 alone.

“Kudos to the CSG and SOSIA hierarchies for these achievements which are in tune to my directives, for all PNP Personnel to do what is expected of them, and that is to do what is right,” Gen. Carlos said as he congratulated the deputized personnel for a job well done despite the prevalence of the pandemic threat.

According to the PNP chief, the firearms of various caliber were confiscated from security guards on justifiable grounds such as their presentation of Expired Duty Detail Order or lack of it.

Likewise, some of the firearms recovered from the security guards were found to have been tampered, defaced or duplicated serial numbers.

“This comes with a penalty. The law which governs the security industry, Republic Act 5487 as amended and its 2003 Revised Implementing Rules and Regulations directs that the penalty to firearms violations are graded as “Grave Offenses” and entails a P50,000 fine for the first offense and cancellation/revocation of License to Operate for the Private Security Service Providers for the second offense,” Gen. Carlos said.

Failure to present these documents are ground for the confiscation of the guard’s firearm.

The PNP chief ordered all private security stakeholders to heed all rules and regulations governing them and update themselves with the latest SOSIA Memorandum-Advisories to avoid violating the provisions which would bring them trouble with the law.

The others were confiscated from gun-holders with expired License to Own and Possess Firearms and Firearm’s License or were surrendered for safekeeping by their registered owners under the ongoing PNP Oplan: Katok Program.

In 2017, the Supreme Court declared that a Commission on Elections’ rule requiring private security personnel to secure gun ban exemptions during the election period is constitutional.

The High Tribunal en banc on that year denied for lack of merit the petition for certiorari filed by the Philippine Association of Detective and Protective Agency Operators (PADPAO) Region 7 Chapter Incorporated. The decision was penned by Associate Justice Alfredo Benjamin Caguioa.

PADPAO on that year asked the SC to declare as unconstitutional Section 2(e), Rule III of Comelec Resolution Number 10015, which set the rules and regulations for gun ban during the 2016 national and local elections.

PADPAO argued that the Comelec “does not have any authority to promulgate” such rules covering PSAs.

It added that Republic Act 5487 or the Private Security Agency Law already grants them the authority to possess, bear, carry, and transport firearms, thus there is no need for them to apply for gun ban permits through the Comelec.

The group also claimed that the Comelec resolution ‘violated the constitutional tenets of equal protection of laws and non-impairment of obligations of contracts as it impairs the contracts of its member PSAs with their respective clients.”

They added that the Comelec contradicted itself in Section 1 of the same resolution, which says members of PSSPs may carry firearms.

However, the Supreme Court ruled that the Comelec was within its rule-making authority to issue the questioned provision in Resolution Number 10015. The Comelec’s power to implement election laws is enshrined in the Constitution, the High Court said.

It also said that the PSAs’ contracts with their clients “are not affected in any manner” by the Comelec rule to get authority from Comelec. “All that PSAs must do is to secure such authority,” the SC said.

The High Tribunal likewise said that RA 5487 “is not a blanket authority on PSAs to carry firearms.”

The said law “is not so restrictive as to prohibit other government agencies from imposing additional restrictions relating to the conduct of business by PSAs and PSSPs under special circumstances.”

“In this case, the special circumstance is the election period,” the High Court explained.

The SC also took judicial notice of the history of Philippine elections which “have been marred by violence and unnecessary bloodshed.”

“Additional guidelines must be put in place to eliminate, or at least, lessen the threat. Whether or not the gun ban has been an effective deterrent is a different matter, which is beyond the Court’s domain,” it added.

The SC also ruled that the P50 filing fee for each security guard applying for a gun ban permit is a reasonable charge and “can hardly be said to be exorbitant.”

The reverse side of the ‘Munich Pact’

Let there be more green incentives 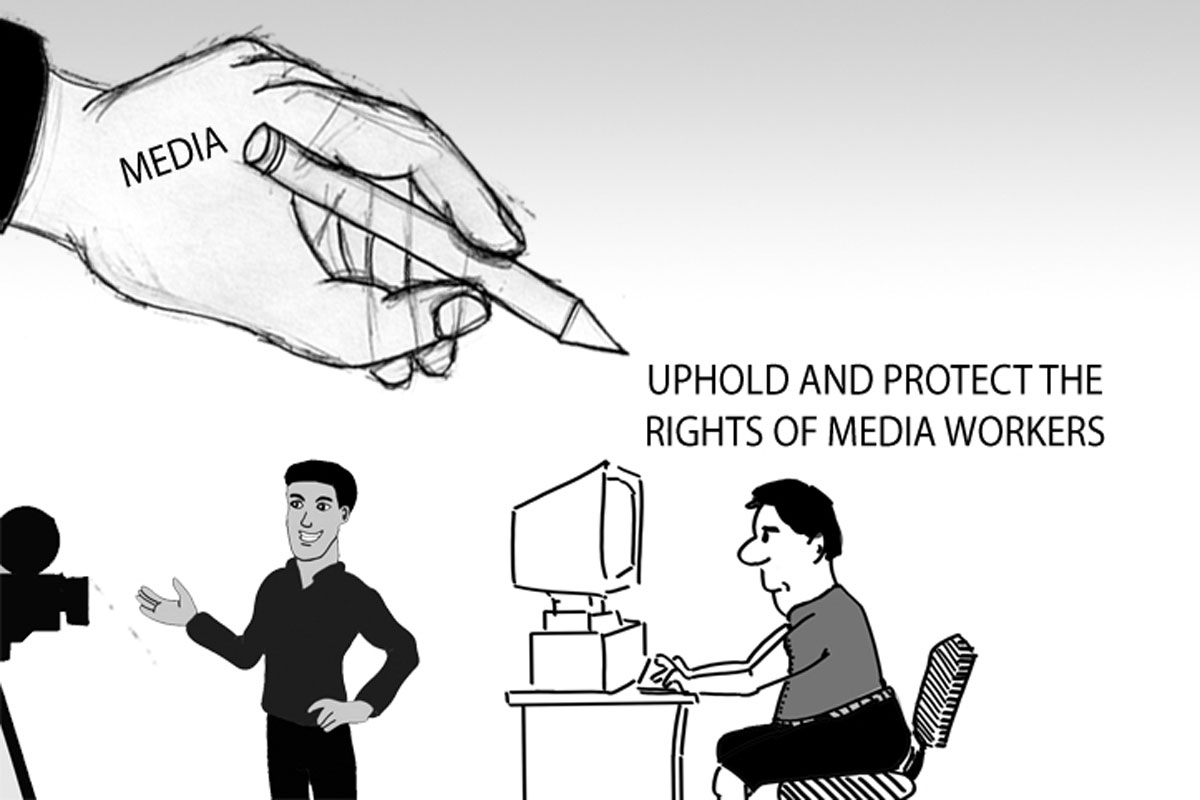