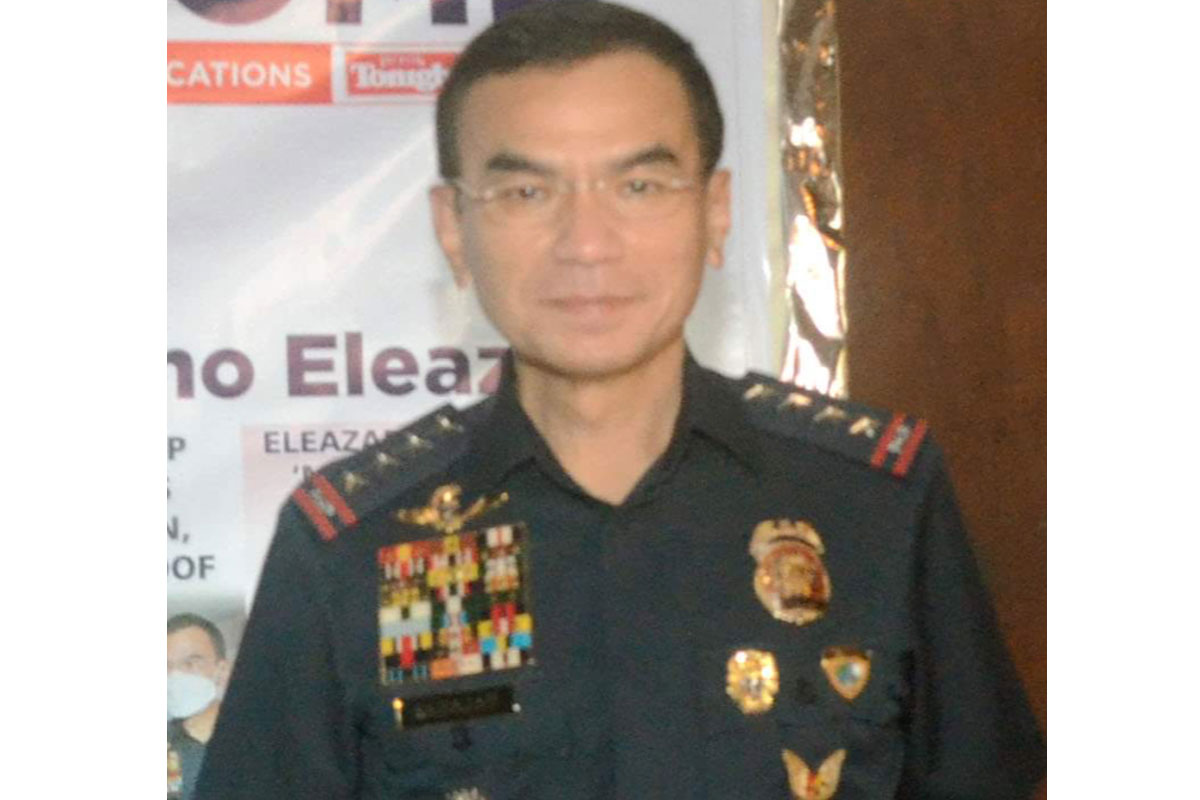 The death of Jonson became controversial after police arrested her boyfriend Julian Ongpin who yielded over 12 grams of cocaine and tested positive for drugs when examined.

Gen. Eleazar said he has asked Police Regional Office 1 (PRO1) director, Brigadier Gen. Emmanuel B. Peralta to look into all the circumstances that led to the death of Jonson especially that her family wants to know the truth on what really happened to her.

Based on the initial PRO1 report, the body of Jonson was found at the Floatsam Jetsom Resort in San Juan, La Union on Saturday.

Her companion and boyfriend, a 29-year old son of businessman Roberto Ongpin initially told investigators it was a case of suicide.

The local police who responded to the area seized some 12.6 grams of illegal drugs and based on the report of the local Crime Laboratory, Ongpin tested positive during the drug test.

These served as the basis for filing of the case against Ongpin but the Provincial Prosecutor’s Office ordered his release while the investigation is being conducted.

The drugs were recovered by members of the San Juan Municipal Police Station led by Major Gerardo Macaraeg who came to investigate the death of Ongpin’s girlfriend, whose real name is Breana Patricia Agunod, a 30-year old resident of Malate, Manila.

Gen. Eleazar said he had already tasked all the concerned units to coordinate to ensure the availability of Ongpin as the investigation is still on-going on the death of Jonson.

He also lauded the local PNP personnel for their quick action and response on the case.

Brig. Gen. Peralta also offered his deepest sympathies to the bereaved family of Agunod. He however said that the San Juan police responded to a report regarding an alleged ‘suicide incident’ in the area last Saturday.

He also asked the Regional Legal Service to assist in the investigation and to act as Crime Scene Attorney.

“Investigation is ongoing to determine the real cause of death of the victim and to be able to gather pieces of evidence for possible filing of other charges if evidence warrants,” he said.

Agoo, La Union Deputy Provincial Prosecutor Braulio Tade on Monday ordered the release of Ongpin saying the case recommended against him by the local police ‘is not proper to inquest proceedings’ and that “the apprehension of the respondent does not fall under any of the instances of where warrantless arrest is allowed.’

“Tade cited the complaint of the San Juan police station that after the woman was found responsive inside the hotel room and was brought to the hospital where she was declared dead upon arrival, the scene was cordoned by SOCO personnel from the PNP Crime Laboratory who found the white substances which turned out to be positive for cocaine. Ongpin, who tested positive for drugs was eventually arrested for illegal possession of drugs.

“Wherefore, in view of the foregoing premises, the instant case is deemed filed for purposes of preliminary investigation. The respondent is hereby subpoenaed to submit controverting evidence in his behalf within 10 days from receipt thereof after which the case is deemed submitted for resolution.

The police authority in custody of the above-named respondent is hereby directed to cause the release of the said respondent unless he is being detained for any other cause or causes,” Tade said.

The National Bureau of Investigation has been directed to conduct a parellel probe into the death of 30-year-old visual artist Bree Jonson last Saturday.

“We have directed the NBI to assist the PNP (Philippine National Police) in conducting the investigation or to do a parallel probe, as may be needed,” Justice Secretary Menardo Guevarra said in a message.

The La Union Provincial Prosecutor’s Office has released Julian Ongpin, son of billionaire Roberto Ongpin, who was charged with possession of cocaine and being investigated for the death of Jonson.

The DOJ said that the prosecutor who handled the inquest proceeding has decided to conduct a formal preliminary investigation to give authorities time to submit additional evidence (1) to prove the case for illegal drugs and (2) find out if there was foul play in Jonson’s death.

Police arrested Ongpin, 29, on Saturday in San Juan, La Union, after 12.6 grams of cocaine were found in the hotel room he and Jonson were occupying.

Ongpin was Jonson’s boyfriend and was the last companion when she was found unconscious in Flotsam & Jetsam Resort. She was brought to a nearby hospital but was declared dead on arrival before dawn on Saturday.

The scion of Ongpin family claimed that Jonson committed suicide. But police authorities are still awaiting result of autopsy conducted on her body.

Police said Ongpin and Jonson arrived at the resort at 8:30 p.m. Friday, and were fetched by their friends at 10 p.m.

They returned to the resort at 2:58 a.m. on Saturday. At 3:30 a.m., a commotion was heard in the room occupied by the couple that lasted for approximately 15 minutes.

The Department of Justice is set to issue an immigration lookout bulletin order (ILBO) against Onpin for cocaine possession.

” I have just received the request from Mrs. Salome jonson, mother of deceased Bree Jonson. Considering that charges for violation of the Dangerous Drugs Law have been filed against Julian Ongpin, the DOJ will issue an immigration lookout bulletin order (ILBO) against Mr. Ongpin.”

” The DOJ may further consider asking the court for the issuance of a preliminary hold-departure order depending on the progress of the preliminary investigation, ” Guevarra said in a message.

Meanwhile, Guevarra assured the family Jonson of an impartial investigation into the death of the 30-year-old visual artist.

” I just want to assure everyone that this matter will be investigated thoroughly to find out the truth and to ensure that justice will be done,” Guevarra said.