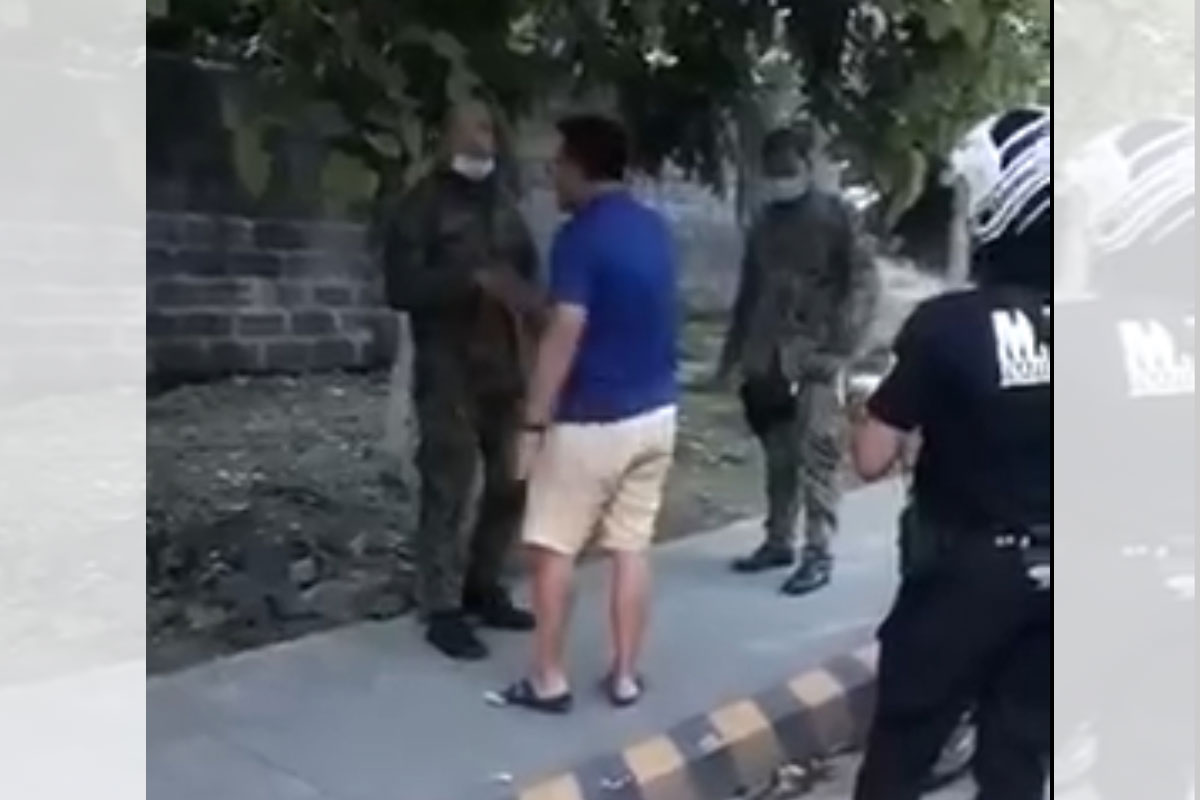 PNP chief, General Guillermo Lorenzo T. Eleazar praised the Muntinlupa City policemen for dealing with a motorist identified as Franz Orbos — who kept insulting and cursing them —- in a peaceful manner. Screen grab from Facebook
Nation,

TWO members of the Muntinlupa City Police Station on Friday were commended by Philippine National Police (PNP) chief, General Guillermo Lorenzo T. Eleazar for being cool under intense pressure from a motorist who kept insulting and cursing them,

According to the PNP chief, the two policemen really showed professionalism despite being cursed and insulted by a motorist identified as Franz Orbos.

An investigation showed the two responded to a situation in Tunasan, Muntinlupa City where the vehicle of Orbos had been obstructing the road.

A video of the incident which went viral online showed that when the policemen approached Orbos, the motorist shouted, cursed and even challenged the police officers and a civilian traffic enforcer.

Orbos was allegedly under the influence of alcohol.

Although the Muntinlupa City policemen dealt with Orbos in a peaceful manner, the motorist remained furious and unruly.

In the video, the suspect insisted he was not doing anything wrong and remained uncooperative. He resisted arrest when the policemen tried to handcuff him.

Gen. Eleazar praised the law enforcers for observing maximum tolerance during that incident which could have gone worse.

Gen. Eleazar said Orbos would be slapped with various criminal charges, including alarm and scandal, resistance and disobedience to a person in authority or agents and direct assault.