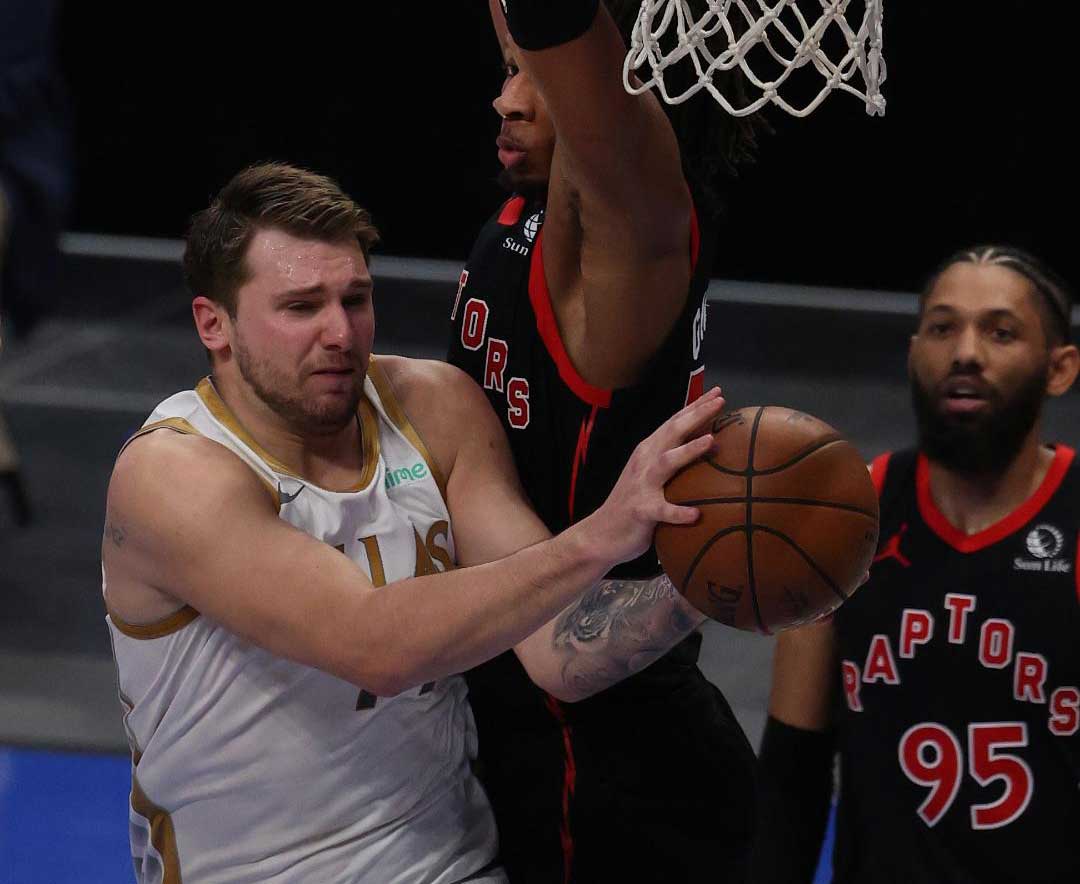 LOS ANGELES (AFP) – Luka Doncic’s 11th triple-double of the season propelled the Dallas Mavericks to a 114-110 victory over the Toronto Raptors on Friday and into the NBA playoffs.

Doncic scored 20 points, grabbed 10 rebounds and handed out 11 assists and the Mavs held off a late challenge from the short-handed Raptors, whose seven absentees included stars Kyle Lowry, Pascal Siakam and Fred VanVleet.

A pair of free-throws from Josh Richardson pushed the Mavericks’ lead back to four with 3.9 seconds left and Dallas notched a sixth win in their last seven games to assure themselves of a playoff spot.

They avoided the NBA’s play-in tournament, in which the seventh-through 10th placed teams in each conference battle for the final two post-season berths.

“Avoiding the play-in is significant,” Mavs coach Rick Carlisle said. “It’s important. There’s too many advantages to not being in the play-in situation.”

But the Washington Wizards were delighted to clinch a play-in spot on Friday.

Fueled by Russell Westbrook’s latest triple-double, the Wizards beat the Cleveland Cavaliers 120-105 to secure a play-in berth and eliminate the Chicago Bulls from contention.

Westbrook scored 21 points, pulled down 12 rebounds and handed out 17 assists for the 183rd triple-double of his career — extending the all-time record he claimed when he surpassed Oscar Robertson with his 182nd on Monday.

“We’re thankful to have the opportunity to make the playoffs,” Westbrook said. “Our job now is to take care of business for one more game and move up in the standings.”

SIXERS NO.1 IN EAST

Elsewhere, the pieces of the playoff puzzle continued to fall into place.

The Philadelphia 76ers secured the top seed in the Eastern Conference playoffs with a dominant 122-97 victory over the Orlando Magic.

Seth Curry scored 20 points and stars Joel Embiid and Ben Simmons added 13 apiece for the 76ers, who out-scored the Magic 39-19 in the second quarter to take control of the contest.

The Sixers’ victory ensured that neither the second-placed Brooklyn Nets nor third-ranked Milwaukee Bucks can overtake them for top spot in the East.

Home court advantage could prove especially valuable to the 76ers, who are 28-7 at home.

“We barely lose here, so it means a lot,” Embiid said, but added the Sixers have “still got to go out and prove why you’re the No. 1 seed.”

While things aren’t clear-cut in the West, the Utah Jazz consolidated their position atop the conference with a 109-93 victory over the Oklahoma City Thunder.

The Jazz improved their league-leading record to 51-20 with one game remaining before the regular season ends on Sunday.

Bojan Bogdanovic led Utah with 22 points. Jordan Clarkson added 18 off the bench and center Rudy Gobert scored 16 points and pulled down 18 rebounds for a Jazz team that had lost two straight.

The Jazz can clinch top seed in the West with a victory against the Sacramento Kings on Sunday or a loss by second-placed Phoenix in either of the Suns’ two weekend games against San Antonio.

The Denver Nuggets, meanwhile, beat the Detroit Pistons 104-91 to pull into a tie for third place in the West with the Los Angeles Clippers, who rested stars Kawhi Leonard, Paul George and Patrick Beverly on the second night of a back-to-back and fell 122-115 to the last-placed Houston Rockets.

Nikola Jokic led the Nuggets with his 16th triple-double of the season, scoring 20 points with 15 rebounds and 11 assists despite sitting out the fourth quarter.