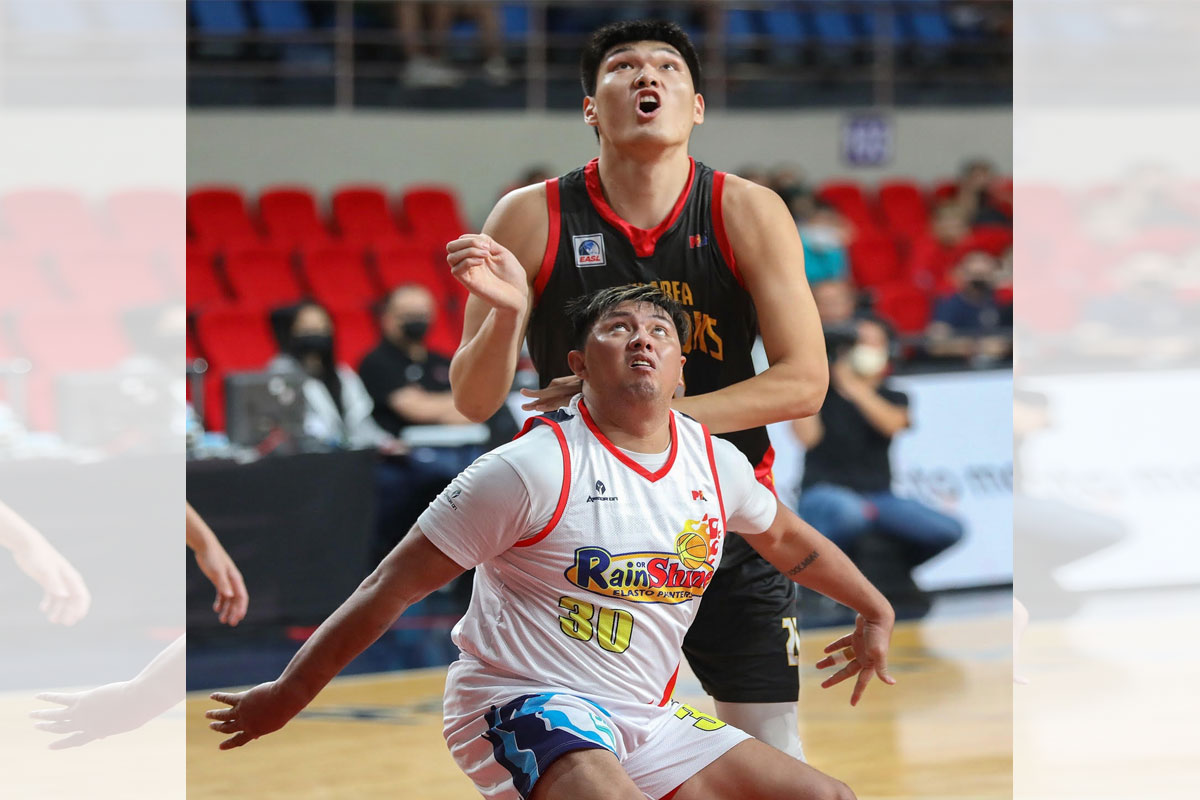 Chuanxing Liu, Bay Area’s 7-5 center, towers over Beau Belga of Rain or Shine in this bit of action in the PBA Commissioners Cup at the Philsports Arena. Photo by Ernie Sarmiento
Basketball,

Bay Area clobbered Rain or Shine, 126-96, in their quarterfinal match in the PBA Commissioner’s Cup at the PhilSports Arena.

Hayden Blankley waxed hot in the second half and finished with a career-high 47 points on 10-of-13 shooting in the three-point territory on top of 10 rebounds in 37 minutes of action.

Rey Nambatac topscored for the Rain or Shine with 19 points while Ryan Pearson added 15 points in 31 minutes on the floor for veteran coach Yeng Guiao.

The top-seeded Dragons will face either San Miguel Beel or Converge in the semis.

Bay Area coach Brian Goorjian believes the Beermen will make it to the semis.

He said he is thrilled to get a shot at the defending champion.

“This is not the same San Miguel team that we saw in the regular season with (Terrence) Romeo in the team now, the big fellow (June Mar Fajardo) back and their overall depth. It’s gonna be a real challenge for us,” said Goorjian.

“I’m just so excited that we’re in the top four of the PBA in our first year. Tremendous accomplishment and we get to step up to the plate and get a swing at the champs. Couldn’t ask for more.”

Goorjian had good words for Guiao and the Elasto Painters.

“Respect to Rain or Shine. (But) we shot the hell out of the ball tonight. They were competitive and they played us tough. The coach’s gameplan was very, very good.”