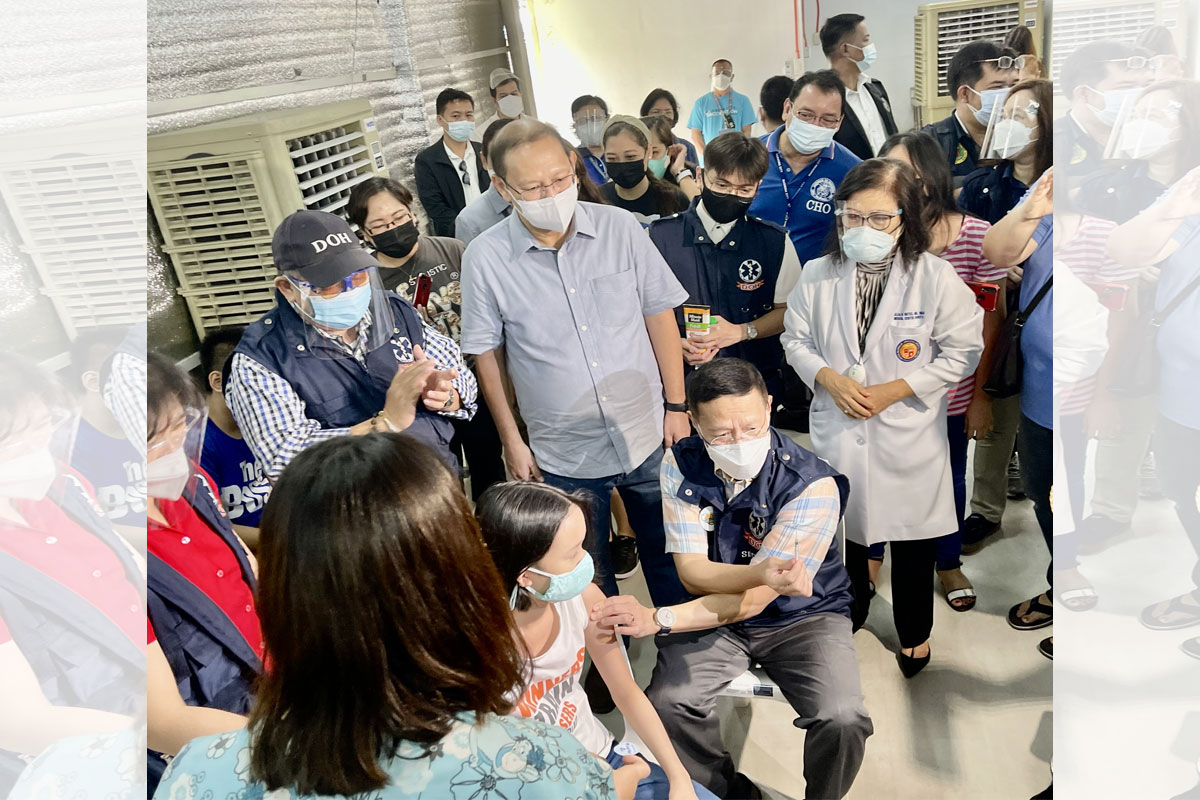 MARIKINA City Mayor Marcelino “Marcy” Teodoro on Monday, November 29, underscored the need to get vaccinated against COVID-19 as the city targets to inoculate 30,000 individuals in the three-day National COVID-19 Vaccination Drive.

Mayor Marcy and Health Secretary Francisco Duque III, together with officials from the Department of Health, Department of Interior and Local Government, and the city government, kicked off the nationwide vaccination rollout at Marikina Sports Complex.

Marikina was chosen by the DOH for the ceremonial kick-off of the nationwide vaccination drive due to its orderly COVID-19 inoculation.

Marikina received 30,000 doses of COVID-19 vaccines from the national government, which will be used for the massive vaccination drive, Mayor Marcy said.

To make the vaccination rollout organized and convenient for the benefit of the public, the Marikina City government has utilized four vaccination sites for the inoculation drive.

Mayor Marcy said walk-ins are allowed at Marikina Elementary School for individuals who have yet to receive their first dose, but he urged them to pre-register a day before.

Vaccination hours in Marikina run from 8 a.m. to 5 p.m., according to Mayor Marcy.