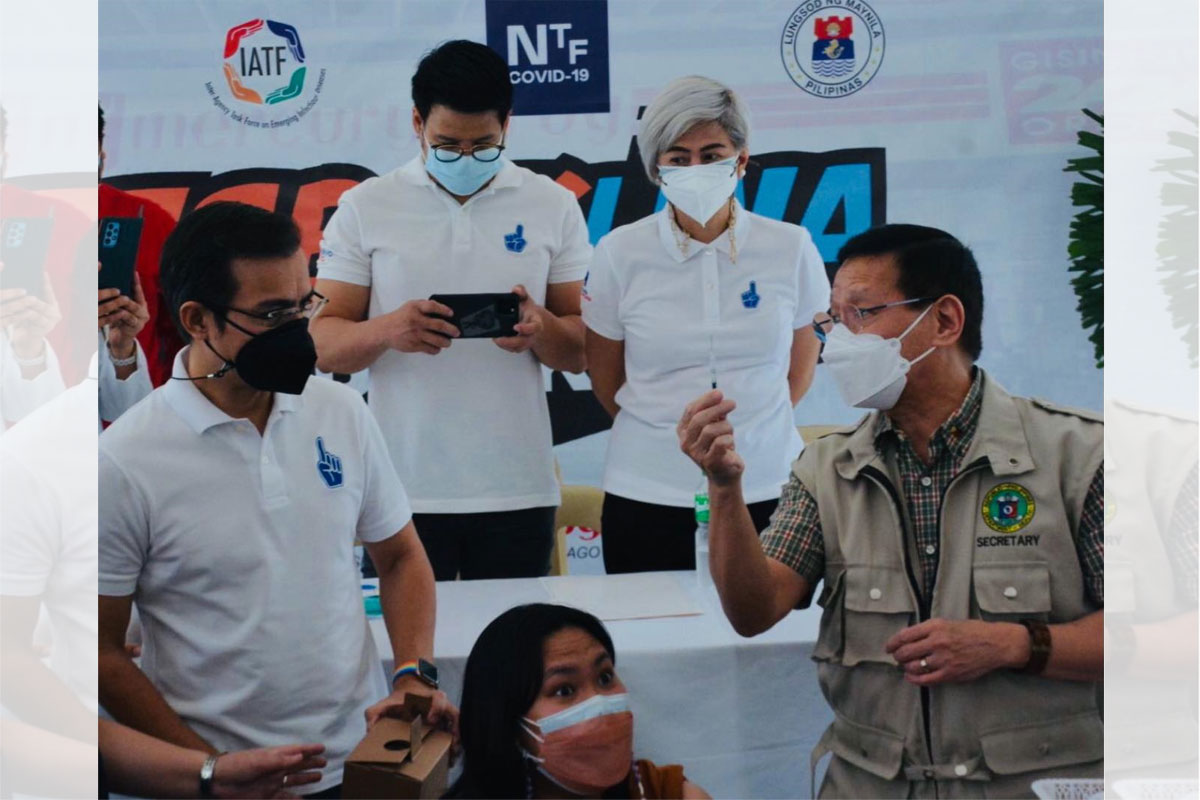 THE Department of Health on Thursday commended Mayor Isko Moreno Domagoso for the city of Manila’s “innovative approach” to help the national government in its battle against Covid-19 since the pandemic broke out two years ago.

Speaking at the launch of “Resbakuna sa mga Botika” at the Mercury Drug Drive-Thru Branch along Quirino Avenue in Manila, Health Secretary Francisco Duque said Moreno has set the bar high in terms of leadership and governance through various programs designed to address the public health crisis.

Duque was referring to the City of Manila’s aggressive vaccination campaign with the use of drive-thru booster sites for motorcycle riders at the Kartilya ng Katipunan; 4-wheel vehicles at the Quirino Grandstand and drive-thru for drivers of public utility vehicles (PUVs) and delivery vans at the Bagong Ospital ng Maynila.

Moreno has also recently opened the Manila Zoological and Botanical Garden in Malate as vaccination site for minors aged 12-17 and senior citizens with the added purpose of having them take a sneak peek of the redeveloped zoo.

The 47-year-old presidential aspirant also announced that he is open to using the Manila Bay Walk Dolomite Beach as another possible vaccination site for those going to the new tourist attraction.

For his part, Moreno thanked Duque and the Duterte administration for the support they have extended to the city government to fight the pandemic, like providing vaccine supplies that has allowed Manila to expand its inoculation drive even to non-residents of Manila.

Moreno also welcomed the participation of private drugstores such as Mercury Drug in the DOH’s “Resbakuna sa mga Botika” program, which will be piloted starting today but will be limited for the meantime to the administration of booster shots.

The Aksyon Demokratiko standard bearer also took the opportunity to renew his appeal to the unvaccinated to listen to what science and health experts say on the benefits of having inoculated to keep them safe and protected from the severe effects of the coronavirus.

Each of the seven participating drugstores will be provided with an initial 500 doses of Covid-19 vaccines per week or a total of 3,500 doses. People who want to avail of the booster shots via these participating outlets have to register via the drug stores’ websites.

According to the National Task Force Against Covid-19, all individuals aged 18 and above, aside from senior citizens and individuals with comorbidities, can get their Covid-19 vaccine through the program.

Deputy Chief Implementer Vince Dizon said walk-ins are allowed but they will still need to register online once at the pharmacies. “Our plan is that once a pharmacy starts, it will continue. The government will continuously supply them with vaccines,” he said.

Dizon said the seven pharmacies and clinics will administer vaccines daily from 8 a.m. to 5 p.m. after the initial rollout. He also reminded the public to bring their vaccination cards as well as valid government IDs.