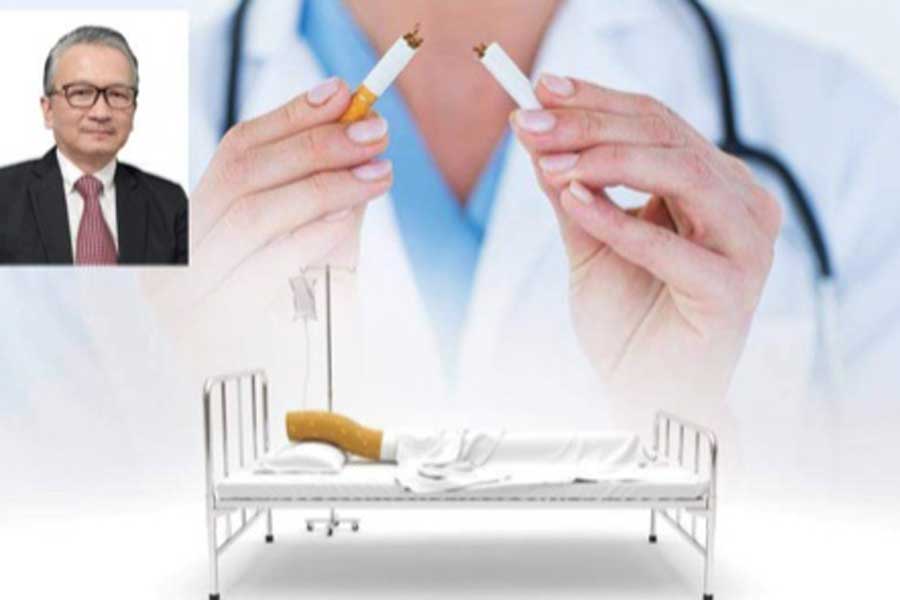 Dr. Lorenzo Mata Jr., president of advocacy group Quit For Good, said vapes and heated tobacco products that are considerably less harmful alternatives should not be taken off the shelves while the very much harmful combustible cigarettes remain easily accessible.

“The harm reduction potential of electronic vapor products should be maximized instead and regulated to minimize the risk to the youth and the non-smokers,” Dr. Mata said during the 4th Asia Harm Reduction Forum held virtually from Manila on June 28, 2021.

Quit for Good is a non-stock, non-profit organization that seeks to spread awareness about the grave consequences of smoking tobacco and creating solutions to the tobacco smoking epidemic.

Dr. Mata is a strong believer in tobacco harm reduction which is defined by the 2021 Global State of Tobacco Harm Reduction report as “a range of pragmatic policies, regulations and actions which either reduce health risks by providing safer forms of products or substances or encourage less risky behaviors.”

Data show that combustible tobacco smoking kills more than 8 million people each year, with more than 7 million of those deaths the result of direct tobacco use and 1.2 million the effect of non-smokers being exposed to second-hand smoke.

“More upsetting is the fact that 80 percent of the world’s one billion smokers live in low- and middle-income countries like the Philippines,” Dr. Mata said.

“In our country, there are almost 17 million smokers. And a shocking rate of more than 117,000 Filipinos die each year due to tobacco smoking. Equally alarming is the measly quit rate of 4-percent measured as of 2015 which largely remained unchanged from 2009,” he said.

Dr. Mata said the traditional “Quit or Die” approach to public health was not working and should be abandoned immediately. “A third option must be provided to our adult smokers who do not wish to quit. Tobacco harm reduction, through the use and promotion of safer alternatives to combustible tobacco, should be employed to substantially reduce the risk of death and disease of smoking,” he said.

He said one solution is the use of electronic vaping products that do not involve combustion. “Beyond any reasonable doubt, vaping is considerably less harmful than combustible cigarettes. Almost all the harm done by cigarettes arises from the smoke which is caused by combustion. Vaping does not produce smoke—only vapor,” he said.

“When it comes to vaping, you just heat the liquid until it vaporizes. When you create vapor, you don’t change the original substance to a different one. This, my friends, makes a lot of difference in public health,” said Dr. Mata.

He said another alternative to combustible tobacco is heated tobacco products (HTPs) which also work on the principle of heating tobacco below the level of combustion. “Similar to e-cigarettes, there is no burning. But unlike vapes, nicotine is naturally found in tobacco. By heating the tobacco without burning it, HTPs only produce vapor,” he said.

“Vapor products and HTPs are not completely risk-free but they only carry a small fraction of the risk of cigarettes. Allow me to remind everyone, however, that the best way to avoid the harms of cigarette smoking is as simple as quitting completely,” Dr. Mata said.

Dr. Mata also cited a 2021 Toxicology Report Journal review from the University of Occupational and Environmental Health in Japan, which concluded that the “use of electronic cigarettes and heated tobacco products could lead to a significant reduction in exposure to harmful substances compared to combusted cigarettes.”

“These are just some of the many scientific studies supporting the less harmful claims regarding electronic vaping products. The bottom line is this: the deadly effect of cigarette smoking is due to combustion of tobacco that produces smoke that contains carbon monoxide and more than 7,000 chemicals,” he said.

Dr. Mata said this means that vaping clearly is a viable alternative to cigarette smoking. “In line with this, we urge the government to consider the best possible differentiated legal framework through careful review of the science and evidence presented on the matter, and defend the right of the consumers to make better choices for themselves,” he said.