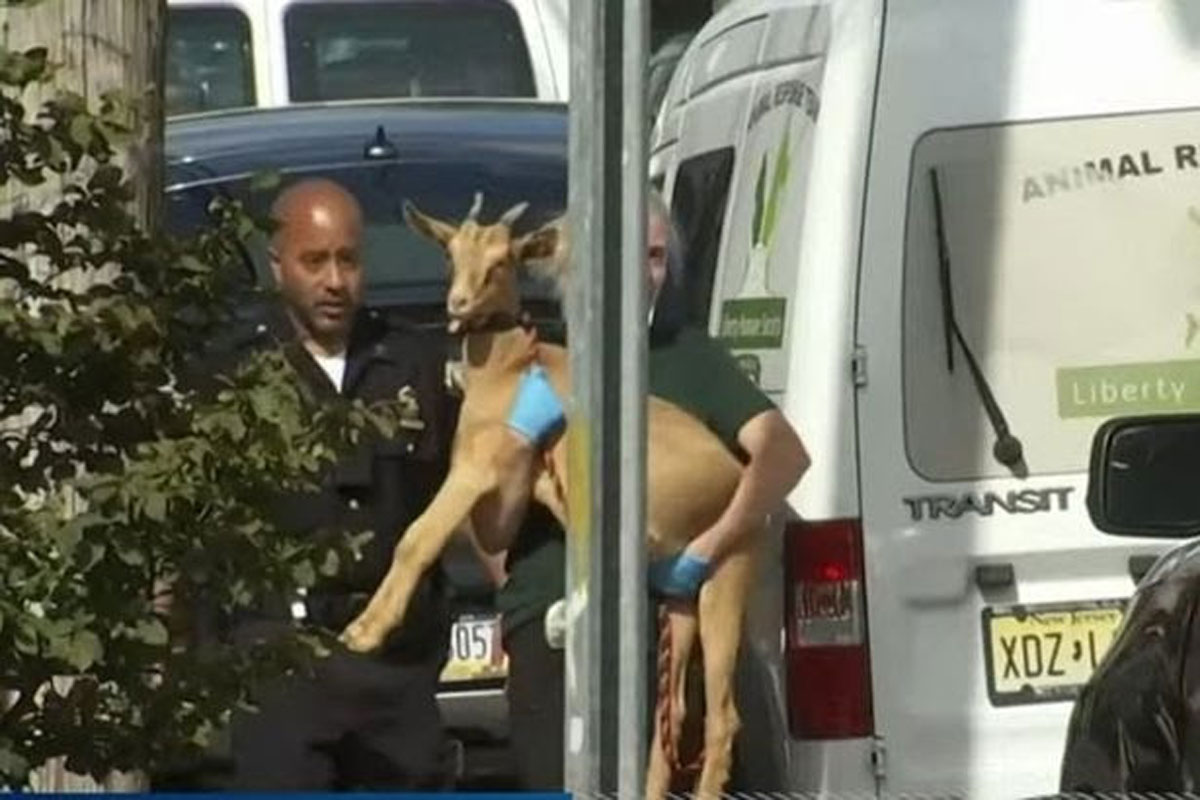 Doctor accused of sacrificing animals in his apartment for ‘Santeria’ witchcraft

After a tip-off from a neighbour, investigators found at least 22 farm animals in Emilio Otero’s three-bedroom apartment in New Jersey including goats, chickens and a dead pigeon

A doctor has been accused of sacrificing livestock for Santeria witchcraft in his flat after investigators discovered 22 farm animals being kept in his New Jersey home on Thursday.

When authorities arrived at Emilio Otero’s property on Van Horne Street they were met with “seven to nine” goats, several chickens and even a dead pigeon nailed above a door.

The investigators from the Division of Environmental Health for Jersey City visited the apartment after a tip off from Emilio’s neighbours.

Animal service agents were called to the flat and they removed at least 22 farm animals that had been kept in the three bedroom property.

Image of animal service agents carrying a goat from the house 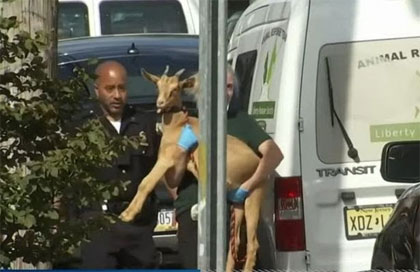 A goat was among the animals rescued from the apartment (Image: NBC)

The apartment’s owner, U.S. Navy Sailor Alyza Brevard-Rodriguez says that Otero hasn’t paid rent on the flat since May and that she believes he is sacrificing animals and causing damage to her property.

H. James Boor from the Division of Environmental Health for Jersey City stated there were “about four or five dead chicken carcasses, their throats slashed and they were left in a pile.”

Santeria faith is based on the building of relationships between humans and deities and animal sacrifice is central to the religion.

The animal is sacrificed to be used as food rather than for a particular spiritual purpose, though some believers do offer sacrifices to build their relationships with the faith’s deities. 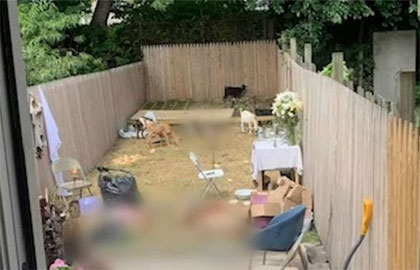 Pictures taken by the investigators show goats in the backyard of the property near to the pile of chicken carcasses.

Pictures taken by the investigators show goats in the backyard of the property near to the pile of chicken carcasses (Image: NBC) 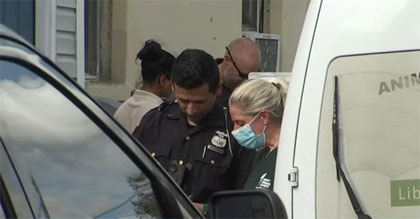 The doctor has denied sacrificing the animals and instead says that he kills them legally for food.

The Division of Environmental Health, however, disagreed and say that it Emilio’s actions are very much illegal.

Boor said: “Jersey City has an ordinance that prohibits residents from keeping farm animals, livestock, in the city limits.

Picture of animal service agents at the property

The doctor has denied sacrificing the animals and instead says that he kills them legally for food (Image: NBC)

“As the investigation goes on, (Otero) could face per count — not sure how many counts — but per count issued by my inspectors it could be $2,000 and 90 days in jail.”

Alyza, who has tried to get Emilio evicted, said: “I come from humble beginnings. I served this country, I purchased this house, I live on the same block and I wanted to get an investment property, and this is what this has turned in to.”

Emilio has not been arrested and is not facing any charges, as Jersey Police are still investigating the matter.