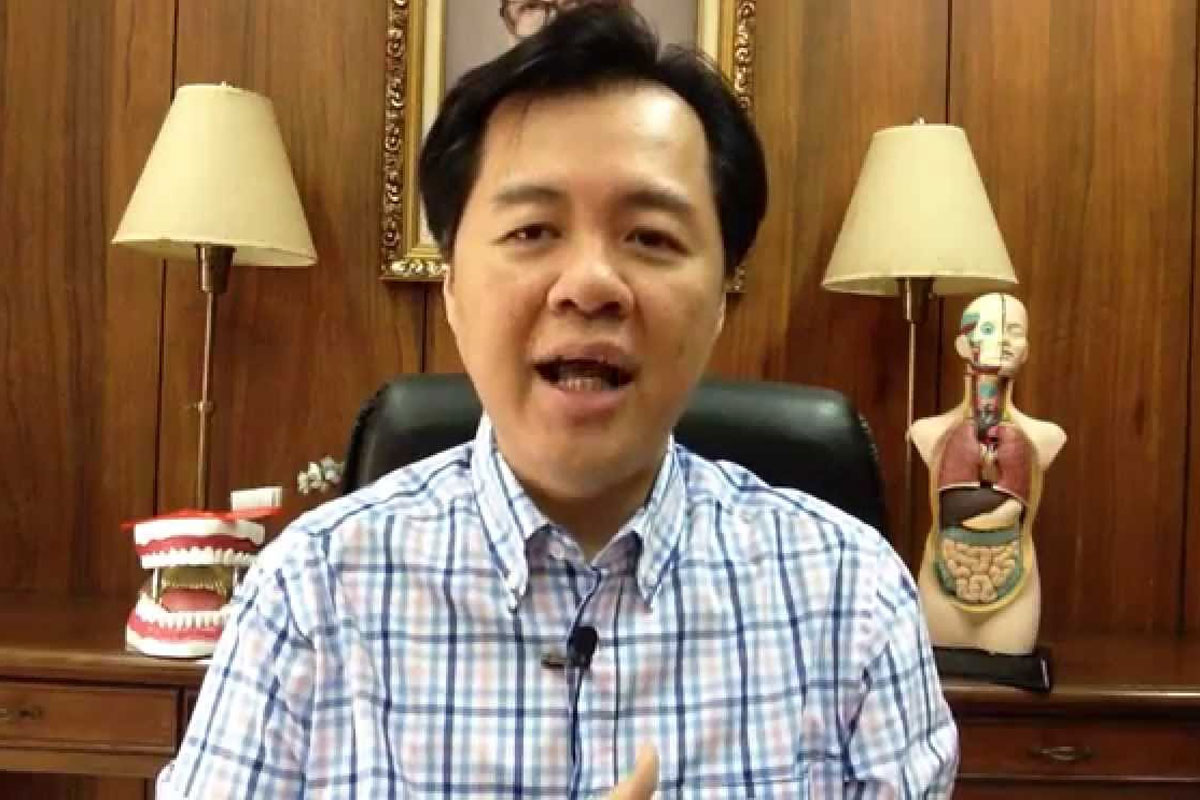 DOCTOR Willie Ong has expressed gratitude to House Majority Leader and Leyte Rep. Martin G. Romualdez and the Lakas-Christian Muslim Democrats (CMD) for providing him political backbone when he ran for the Senate during the 2019 midterm poll.

“Though politics may bring us different paths, please know that I continue to hold you (Romualdez) in high esteem and my family will always treasure your friendship,” Ong told Romualdez, Lakas-CMD president, in his letter of resignation dated Sept 22.

Ong, the former Lakas-CMD vice president for health services, formally sent his letter of resignation to Romualdez as member of the party after joining the team of declared presidential candidate Manila City Mayor Isko Moreno as the latter’s running mate.

“With all due respect, and after having accepted the offer of Mayor Francisco ‘Isko Moreno’ Domagoso to be his vice-presidential running mate in the forthcoming elections, I hereby tender my resignation as a member of the Lakas-CMD,” Ong said.

“I take this opportunity to thank the party, and you (Romualdez) in particular, for having graciously accepted me into the part in the 2019 election, and gave me a Certificate of Nomination and Acceptance (CONA) at that time,” Ong said.

On Wednesday, Romualdez, chairman of the House committee on rules, wished Ong good luck in his quest to win the vice presidential race, stressing Moreno made a brilliant decision to pick the doctor as his running mate.

“Mayor Isko Moreno made an excellent choice in Dr. Willie Ong as his running mate in the 2020 presidential elections,” Romualdez said minutes after Moreno and Ong declared Wednesday their presidential and vice presidential bids, respectively.

“Good luck, Doc. I wish you and Mayor Isko all the best,” Romualdez said, adding that Ong asked his permission to leave the Lakas-CMD as an offshoot of his decision to join Moreno.

Romualdez said Ong is a very honorable, honest and decent man whose advocacy has been centered at giving free medical consultations to the people thru social media.

“I have known Dr. Willie, a close friend, as a decent man whose heart is in the right place,” Romualdez, a lawyer from the University of the Philippines (UP) and president of the Philippine Constitution Association (Philconsa), said.

“He truly cares for his fellowmen, and he has never wavered in his quest for a good government responsive to the needs of Filipinos,” Romualdez said.