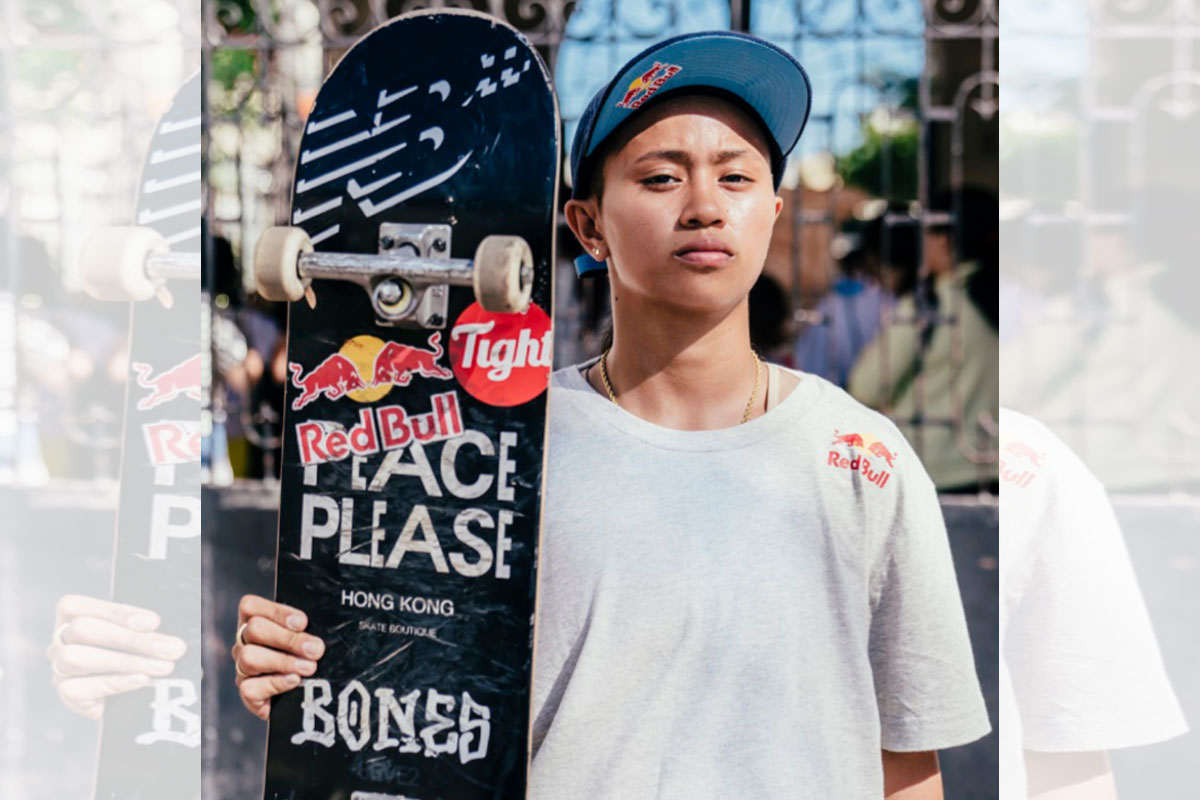 Didal: Tokyo Olympics on her mind.
Other Sports,

SKATEBOARDING will make its much-awaited debut in this month’s Tokyo Olympics, and the Philippines thru 2018 Asian Games champion Margielyn Didal is only too happy to be part of it.

WInning a medal — gold, silver or bronze — will be a bonus.

Skate Pilipinas president Carl Sambrano hopes Didal and the rest of the team will not disappoint.

“We’ve been preparing for this opportunity for the last five years. We promised we will make it to Tokyo as long as we can attend all these Olympic qualifiers and we did not miss one ever since. And now, nakarating na ang Pilipinas sa skateboarding sa Olympics,” said Sambrano during the “Usapang Sports on Air” by the Tabloids Organization in Philippine Sports (TOPS) via Zoom last June 24.

“In Tokyo, Skate Pilipinas and Margielyn are hoping for a good result in skateboarding for our country. The game plan is to be mentally and physically prepared five days before the actual competition,” added Sambrano during the weekly publIc service program supported by the Philippine Sports Commission (PSC), Philippine Amusement and Gaming Corporation (PAGCOR) and Games and Amusements Board (GAB).

“Gaya ng sinabi ko, one day lang ang skateboarding. Sa umaga, semifinals.Sa hapon, finals na. So we have to be really, really ready for that one big day in Tokyo.”

Sambrano said Didal and her coach Daniel Bautista will leave for the United States on July 1 to train at the famed The Cove Skatepark in Santa Monica, California.

Then the team will fly to Tokyo on July 19, or five days before the event proper.

After two tournaments in Iowa and Rome, Sambrano believes the 22-year-old pride of Cebu City is peaking at the right time.

“Even before when we first guested at TOPS before the pandemic last year, we said the main objective was to be in every Olympic qualifiers and earn points. At that time nasa top 20 na kami and hoping to improve. We accomplished it coming into the last leg. Nakita naman yung magandang performance ngayon ni Margielyn. I can tell you si Margielyn, may mga tinatago pa yan para sa Tokyo,” Sambrano told TOPS editors and reporters.

Last month, Didal finished only 17th overall in the semis of the women’s street skateboarding event and missed the eight-player finals of the World Skate Street Skateboarding championships, hels at the Foro Italico Skatepark in Rome, Italy.

Didal, however, earned enough points to finish No. 13 overall in the World Skate Olympic qualifying ratings of the women’s street skateboarding event and become one of the 16 qualifiers in Tokyo.

Sambrano is not at all worried that Didal did not perform well in the second part of the competition in the Italian capital.

He also expressed his gratitude to the MVP Sports Foundation, New Balance, Go For Gold and the skaboarding community.

Skateboarding will be one of the newest sports being introduced in the Olympic calendar this year.

The competitions will be held at the Ariake Urban Sports Park on July 26, three days before the formal opening of the Olympics. (With reports from Gab Ferreras)