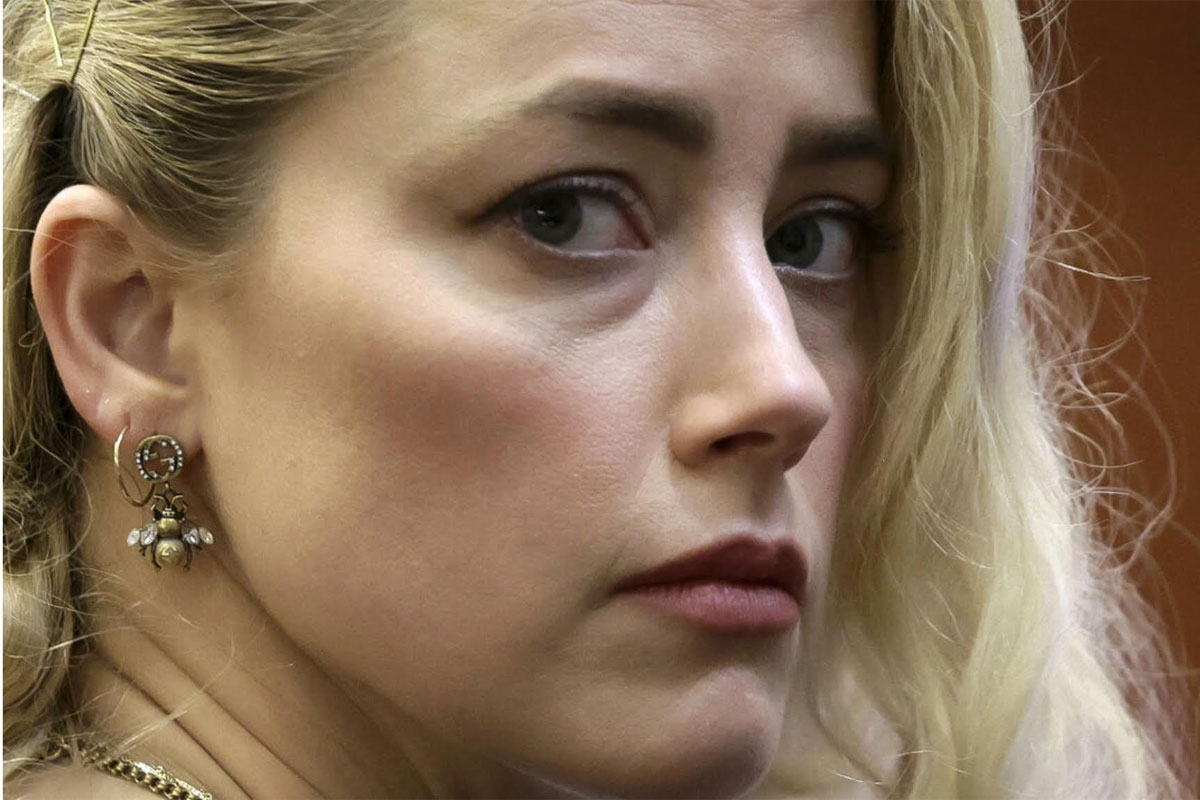 Washington (AFP) – The acrid US defamation trial between actors Johnny Depp and Amber Heard and the decision to televise it will have a “potentially catastrophic” impact on abuse survivors, advocates say.

Jurors in the six-week trial, in which the former husband and wife traded claims and counterclaims of violent domestic abuse, sided largely with Depp this week, ordering Heard to pay him US$10.35 million for defaming him in a 2018 Washington Post editorial in which she never mentioned his name.

Judge Penney Azcarate decided weeks before the trial began to allow cameras in the state court, fearing that if she did not, too many reporters would show up for the high-profile case.

“I don’t see any good cause not to do it,” Azcarate said a decision that Depp’s lawyers welcomed and Heard’s lawyers fought.

Michele Dauber, a law professor at Stanford University and advocate against campus sexual assault, branded it “the single worst decision for survivors by a court in decades” that showed “a profound lack of understanding by the judge of sexual violence.”

Heard was forced “to describe her alleged rape in graphic detail on television. That shocks the conscience and should offend every woman and survivor regardless of whether they agree with the verdict or not,” she said.

She said that the last time she could recall a rape survivor being “forced” to testify publicly was in 1983.

“There is no way to justify the judge’s decision to allow cameras in this case… There is no public interest in this case that could possibly outweigh the harm done.”

Instead, she argued, “every victim is going to think twice before coming forward and seeking a restraining order or telling anyone about any abuse they are experiencing after this.”

“Women may be injured or even killed as a result of not seeking help. This case has been a complete disaster. It is potentially catastrophic.”

The trial riveted a global audience not used to watching sexual assault and intimate partner allegations play out in court, and that regardless of opinions on the verdict is a problem, warned Ruth Glenn, president of the National Coalition Against Domestic Violence.

“I don’t think we have a society yet that understands the dynamics of domestic violence,” Glenn told AFP in an interview.

That crucial context was not discussed enough during the court proceedings in Fairfax, Virginia, she argued, saying that there was “no doubt” about the patterns of abuse that were displayed for her and her colleagues.

“You make sure that there are people present that understand that. And until you do that, let’s not televise this,” she said.

Dauber, who has received online abuse for tweeting about the case, said it also underscores the growing backlash against women’s rights in the United States.

The public opinion came down solidly on Depp’s side, with Heard targeted by countless online posts and memes, some of which Dauber described as “open misogyny”.

The verdict was greeted with celebration by many on the political right, she noted including in tweets by Donald Trump Jr., son of the former president, and the powerful Republican House Judiciary Committee.

Heard was “metaphorically tarred and feathered,” and the verdict “makes it clear that for now, the backlash against women’s rights is taking control,” she wrote, also citing fears that the US Supreme Court is set to overturn the right to abortion.

For many, the case has raised questions about the future of #MeToo, the movement created out of the 2017 hashtag that encouraged women to speak out about the men who had abused them.

“It’s impossible not to see this as a backlash to #MeToo like women have gone too far. Okay, ladies, we listened to you and locked a couple of men up. Don’t get too greedy, now,” wrote one Reddit user in a blog post for the Embedded Substack newsletter.

Tarana Burke, who founded the #MeToo movement, tweeted a defiant post listing its achievements, calling on followers to focus on the millions now speaking out without shame instead of “ping-ponging” between legal victories and losses.

“This movement is very much ALIVE,” she wrote.

But Glenn was more philosophical.

“I would say that, I don’t know how much traction we had gained anyway. So let us use this as a reminder of the work that we still have to do,” she told AFP.

For her, the future remains uncertain.

“This is a perfect example of a case influencing a culture,” she said.

“And I don’t know that we’ll know tomorrow what that influence will have been and how much impact it’s had, either positively or negatively.”