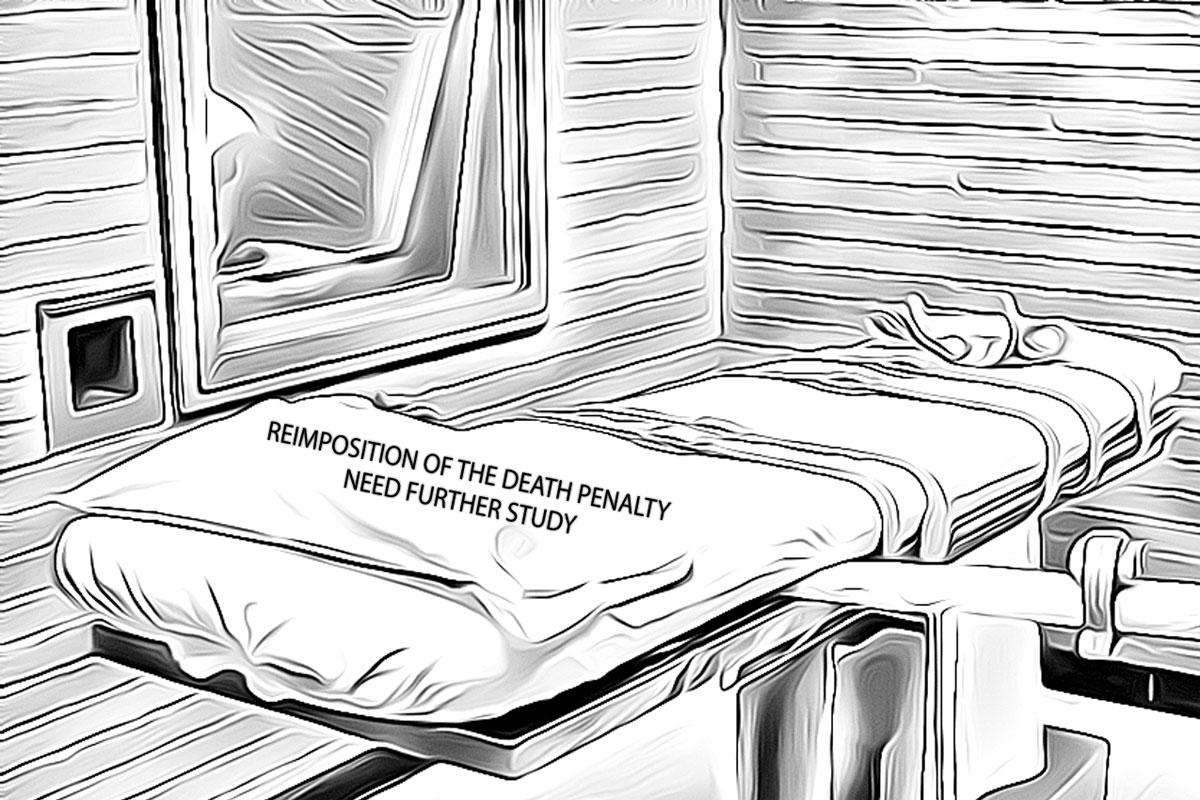 THE new government, headed by President Ferdinand “Bongbong” R. Marcos Jr., would do well to study further the reimposition of the death penalty in the Philippines.

Pro-life advocates, including church leaders, said the country would risk widespread condemnation by the international community if we reimpose the capital punishment.

What’s important, they said, is for the government to transform convicted criminals into law-abiding, God-fearing and highly-productive Filipino citizens again.

Those batting for the return of the capital punishment, on the other hand, said there’s that urgent need to hit hard at criminals, notably those committing heinous crimes.

In this only Christian country in this part of the world, the death penalty has been abolished twice – the first in 1987and then again in 2006 after being reinstated in 1992.

It was during the incumbency of President Gloria M. Arroyo, under pressure from the highly-influential Catholic Church, that the death penalty was abolished in 2006.

Leo Echegaray was the first Filipino to be legally executed after its reinstatement in the country in 1993, 23 years after the last judicial execution was carried out.

Many people concede that the government should employ all means to curb rising crime in this country, which is still teeming with drug-crazed young boys and girls.

But not the legal execution of convicted criminals.