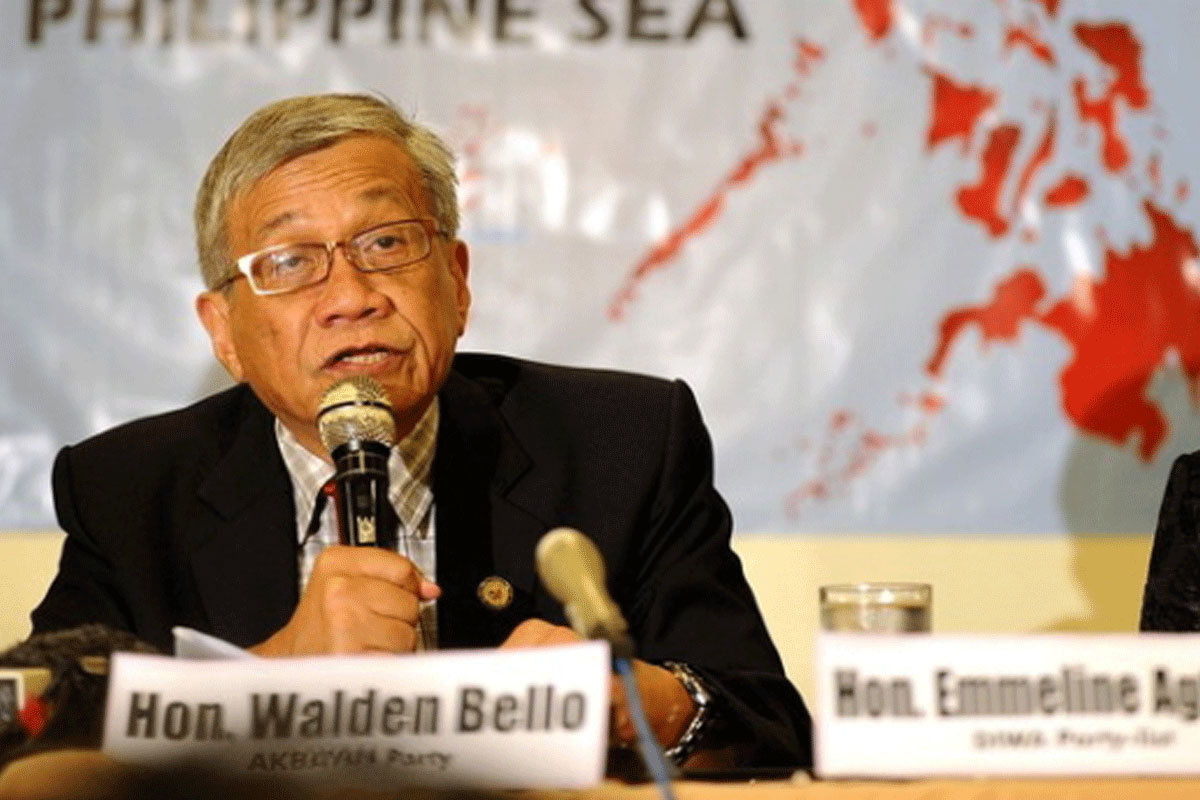 THE Davao City Council adopted a resolution denouncing vice presidential candidate Walden Bello over his malicious claims” of corruption in the city, especially in its projects.

The city council stressed that Bello’s baseless allegations will tarnish Davao City’s reputation, both locally and abroad, as a top tourism and investment haven in the country.

“The City Council denounces the unbecoming character of Walden Bello particularly his act of employing malicious tirades. Davao City’s exemplary reputation is the hard work not only of the local government but every honest, disciplined, responsible Dabawenyo,” the resolution reads.

“As we condemn Walden Bello’s acts, we also vehemently declare that he is not welcome to enter the borders, and the entire territorial jurisdiction of Davao City,” it added.

During the vice presidential debate on Sunday hosted by the Commission on Elections, the foul-mouthed Bello spewed baseless claims of corruption in Davao City’s projects and also implied that the city was the center of illegal drugs in Mindanao.

Davao City Mayor Sara Duterte is currently on official leave as she is running for the vice presidential candidate of Lakas-CMD and Hugpong ng Pagbabago.