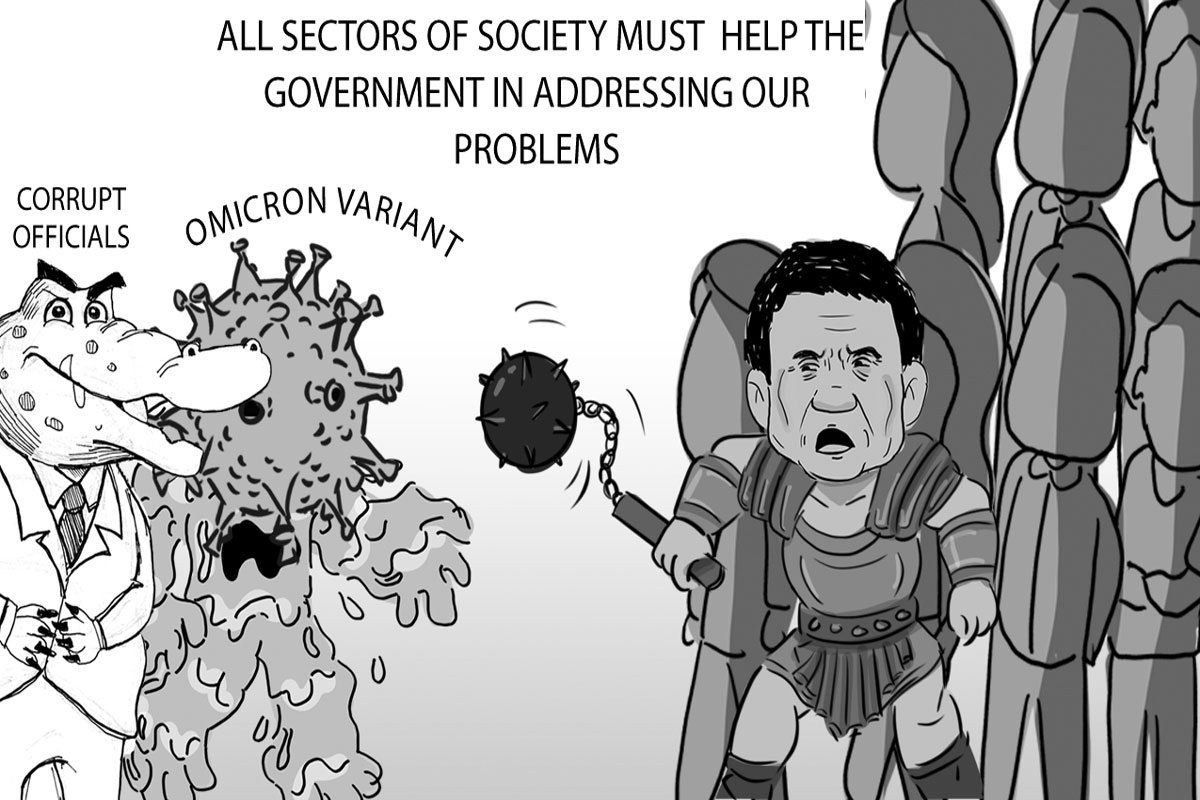 VARIOUS quarters see the last seven months of the administration of President Duterte as very crucial in the fight against the major problems confronting the Filipino people.

Even the ordinary citizens across the country said that addressing the said problems, notably wrongdoings in the government service and the pandemic, is better said than done.

Going after corrupt government officials and employees takes time because of due process, while concerned authorities need money to address the crippling health crisis.

Note that while the government is still trying to revive the devastated domestic economy, the World Health Organization has detected another variant of the deadly COVID-19.

Without doubt, the detection of Omicron in South Africa and other countries will impact on government efforts to reopen the economy before the year ends.

Of course, nobody can blame the government if it decides to reimpose quarantine restrictions in some parts of the country, including Metropolitan Manila.

What’s important now is for all sectors of society to help the government in addressing our problems as Duterte winds down his stint as Presidernt of the Philippines.