Cops nab American, 11 others for drugs 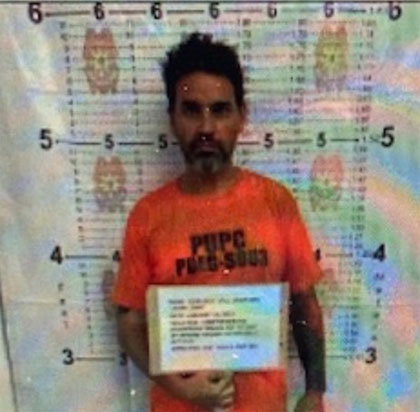 TWELVE wanted drug personalities including an American national have been arrested by agents of the Philippine National Police Drug Enforcement Group following a string of anti-narcotics and manhunt operations which resulted in the confiscation of nearly P1.5 million worth of shabu, PNP-DEG director, Brigadier General Remus B. Medina announced yesterday.

In a report to PNP chief, General Dionardo B. Carlos, the official said that one of the suspects identified as John Louis May Jr., a 42-year-old American, a part-time construction worker residing at Block 62, Lot 12, Tahimik Street, Fiesta Communities in Barangay del Pilar, Castillejos, Zambales was arrested in a sting past 8 p.m. Tuesday.

Brig. Gen. Medina said that members of the PNP-DEG Special Operations Unit 3, with the help of the Zambales Police Provincial Office conducted the buy-bust operation which led to the arrest of the American national after he sold 50 grams of shabu worth P340,000 to an undercover officer.

Brig. Gen. Medina said three other suspected ‘high-value targets’ identified as Rasid Ipen, 42; a resident of Sacold Island, Zamboanga City and Jorge Pudi Dawang, 24; and Hermie Araneta, 36, both residents of Bgy. Zamboowood in the same city were arrested in a buy-bust operation in Purok Green Valley in Bgy. Manicahan around 2:30 p.m. Tuesday. The 5th identified as Janel Macampo, a 35-year-old security guard from Zone 2, Bgy. Bulua in Cagayan de Oro City was arrested past 1 a.m. yesterday in a sting operation.

All five suspects are now facing non-bailable charges for sale and possession of prohibited drugs under Republic Act 9165 or the Comprehensive Dangerous Drugs Act of 2002, the official said.

PNP-DEG director, Brigadier General Remus B. Medina said 3 of the 7 suspects arrested are facing non-bailable warrants for sale and possession of RA 9165.

One of the three identified as Erwin Navales, a 29-year-old resident of Lower Tabucanal, Poblacion Pardo in Cebu City was arrested by PNP-DEG SOU 7 operatives on the strength of a warrant issued by Judge James Stewart Ramons Himalaloan of the Cebu City Regional Trial Court Branch 7 last December 7.

The 2nd identified as Kent Barbas, a resident of Purok Narra in Bgy. 8, Bacolod City is the subject of a non-bailable warrant of arrest for sale and possession of prohibited drugs issued by Judge Maritess Gumahin of the Bacolod City RTC Branch 51.

The 3rd identified as Marshall Ambor, 47, a resident of 648 Palanca St. in Quiapo, Manila was arrested on the basis of a warrant issued by Judge Crisma Vismanos-Nabua of the Urdaneta City RTC Branch 73.