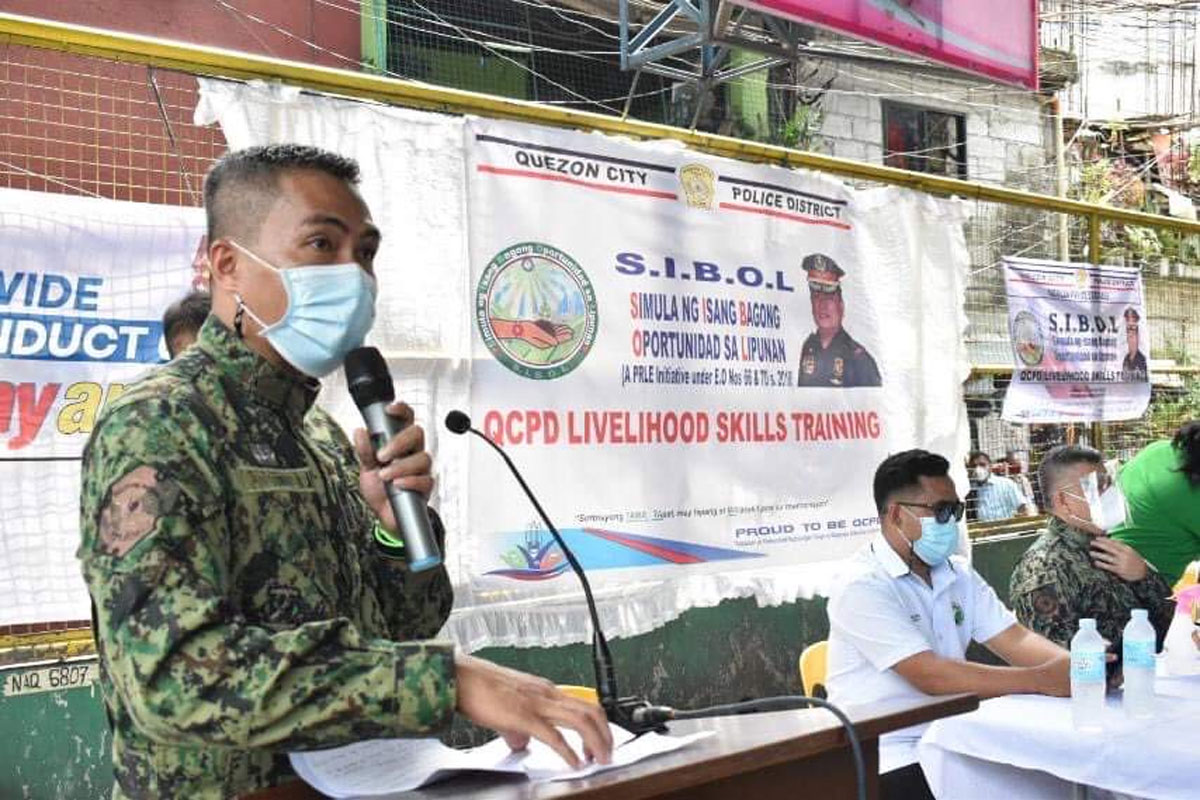 THE Batasan Police Station (PS6) led by Police Lieutenant Colonel Alexy E. Sonido, in partnership with the District Community Affairs and Development Division of the Quezon City Police District (QCPD), offered a livelihood and skills training in Bgy. Commonwealth, Quezon City in an effort to uplift the social and economic conditions of at least 30 solo parents.

Romualdez and House leaders aired their support to the BARANGAYanihan (Bayanihan sa Barangay) Help and Food Bank in the National Capital Region Police Offices (NCRPO) that Sonido, Batasan Station 6 commander, presented to them during a courtesy visit last August at his office in the House of Representatives.

“This Bayanihan sa Barangay program of PNP is a genuine malasakit and love for our people. The community-led projects are helping to keep afloat those who have been seriously affected by the pandemic,” Romualdez said, lauding the effort of Sonido.

Sonido said the program dubbed as Project SIBOL or the Simulang Isang Bagong Oportunidad sa Lipunan is in line with the initiative of National Capital Region Police Office (NCRPO) Director Maj. Gen. Vicente Danao Jr. “to help alleviate the sufferings of our kababayans’ in this trying time.”

He said the project aims to capacitate and equip the beneficiaries with additional skills which can be utilized for an additional income “especially in this time of pandemic that heavily hit our communities.”

“Our main objective is to help the beneficiaries earn extra income with the continued devastating effects of COVID-19 on the livelihood of many Filipinos,” Sonido said. Sonido said the solo parent-beneficiaries were residents of Brgy. Commonwealth who were trained on how to make detergent and dishwashing soaps and cloth trimmings through the help of trained sewers from the Technical Education and Skills Development Authority (TESDA) who were outsourced to teach on the rug-making process. QCPD District Director Brig. Gen. Antonio Uarra, DCADD chief Lt. Col. Benjamin A. Ariola, and Sonidob graced the event during the short program before the training was held at Soliven Covered Court at Brgy. Commonwealth. Also in attendance during the activity was Brgy. Commonwealth Chairman Manuel A. Co together with his barangay council.

Lalamove driver, 5 others arrested for drugs in QC