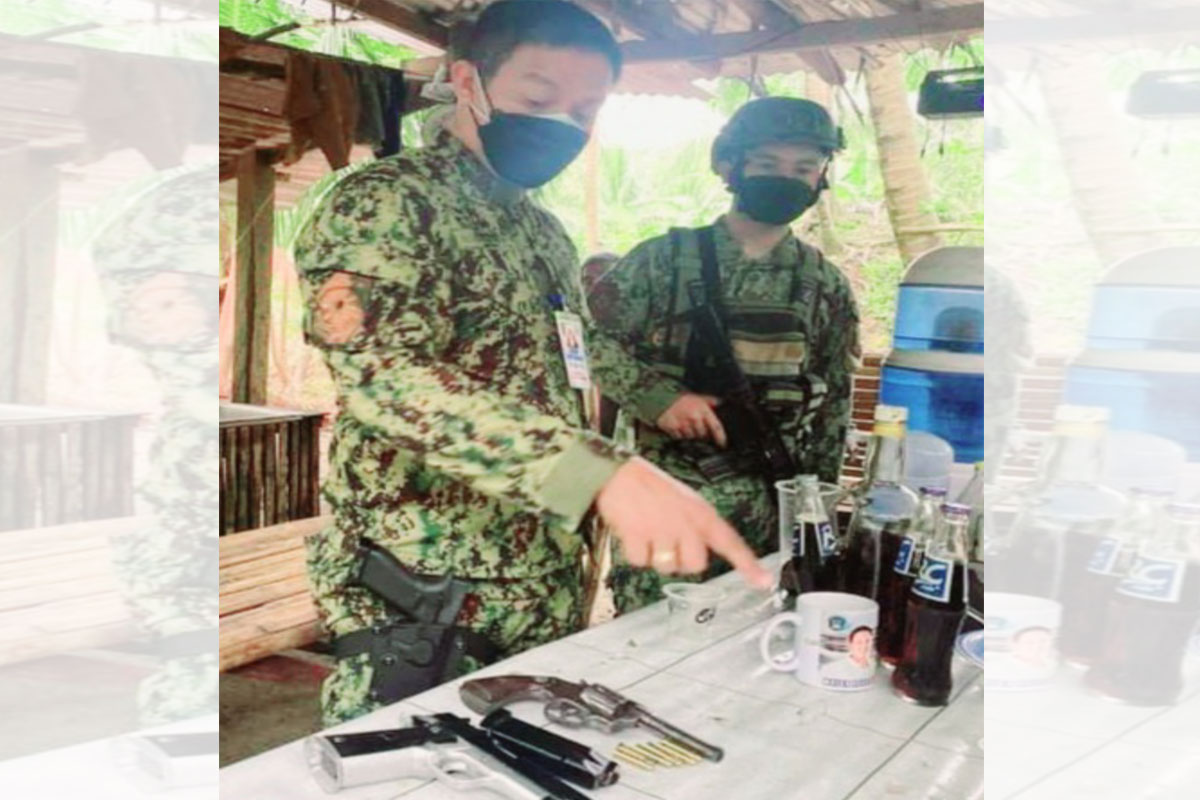 Villanueva said the suspects who were caught by the responding policemen in the act of firing their guns failed to show legal documents for the firearms.

Town police commander Major Reden Romasanta said that prior to the suspects’ arrest, they received a telephone call from village officials of said barangay and informed them of the ongoing illegal discharge of guns.

Acting on the report, Romasanta said he immediately dispatched a police team who promptly responded in the village.

Also recovered were one camouflage inside holster and black sling bag and pieces of spent shells of for cal. 45 pistol and cal. 38 revolver.

The suspects were placed behind bars and were charged with illegal posession of firearms and alarm and scandal.