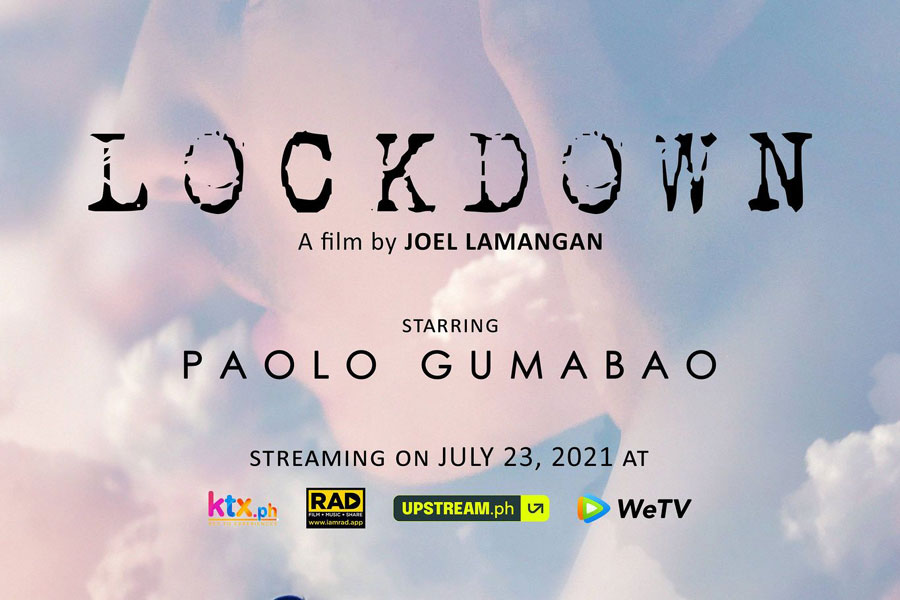 “LOCKDOWN,” written by Troy Espiritu and directed by film master Joel Lamangan earns praises and raves from cinema aficionados and critics after it was shown in a special screening held at Sine Pop (Cubao) recently.

“It tells the sad but true plight of our poor kababayans who are the hardest hit in this lockdown and have no choice but to make ‘kapit sa patalim’”, says seasoned film critic Mario Bautista.

Another respected film critic, Pablo Tariman opines: “The latest Lamangan film is by turns poignantly moving and shocking. It is a standout film in this time of pandemic. It is by turns depressing and shocking, but it is the truth. Whether we like it or not, the film is about lowlifes during the era of COVID-19.”

“The theme of the film is about a person’s choice in times of desperation, which was heightened because of the pandemic situation,” declares Film Development Council of the Philippines (FDCP) Chair Liza Diño-Seguerra.

Quezon City Mayor Joy Belmonte remarks: “It is a brave, daring, courageous movie… It’s a movie that talks reality, and for me, tama lang. Panahon na para magbigay naman ng ganitong pelikula sa ating mamamayang Pilipino para umunlad din ang kanilang pag-iisip… Film is one way in which we can enrich ourselves and our personas. Enrich our brains, enrich our hearts.”

In “Lockdown,” we meet Paolo Gumabao giving life to his character, Danny Asuncion, an overseas Filipino worker who went back home during the height of the worldwide pandemic.

“Lockdown will be an eye-opener for those who look down on people who are forced to sell their bodies for a living,” Gumabao declares.

Produced by the For the Love of Art Film, the uncut version of “Lockdown” is streaming worldwide on July 23, 2021 through KTX.ph, Upstream.ph, RAD (iamrad.app), and WeTV.

Online tickets of the most controversial movie of the year are already available for grabs through the aforementioned streaming platforms.