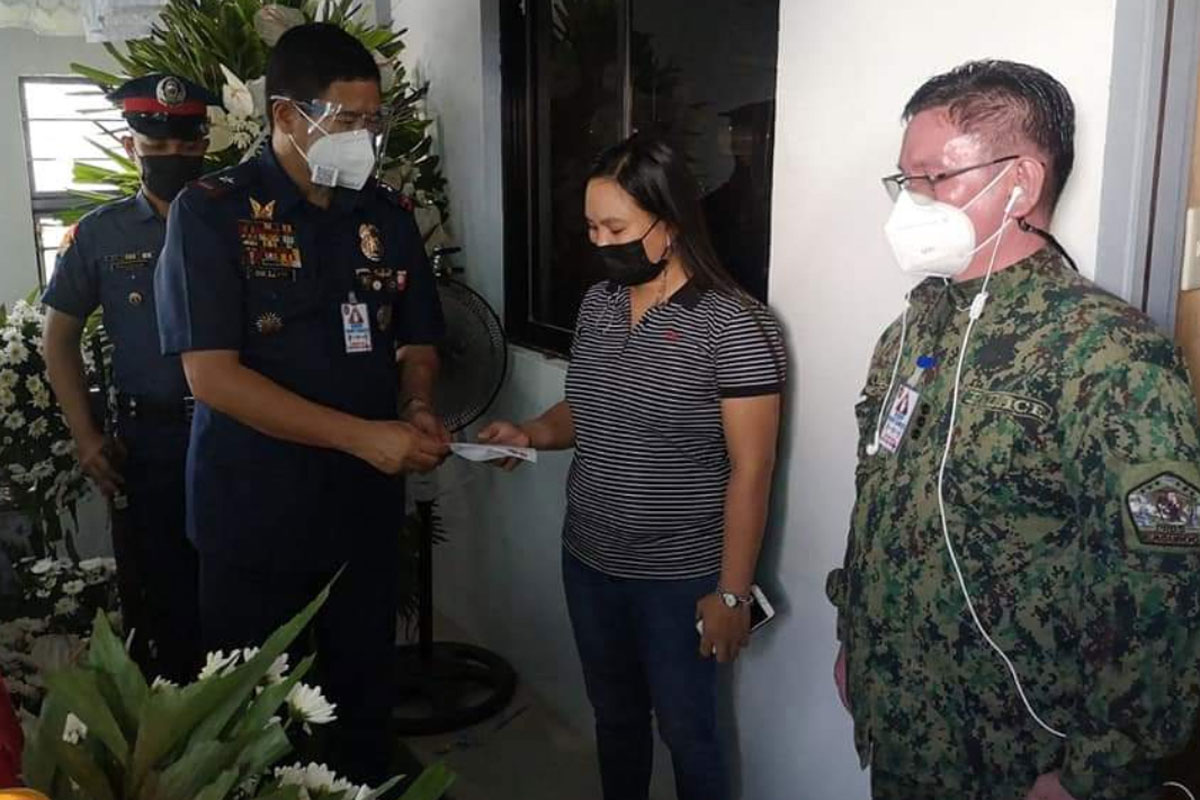 PRO3 director Brig. Gen. Val De Leon (left) gives his financial aid to the widow of one of two slain Nueva Ecija cops during his visit to their wakes in Cabanatuan City on Monday. Accompanying the general is provincial director Col. Rhoderick B. Campo (right). PHOTO SOURCED BY STEVE GOSUICO FROM NEPPO FB PAGE.
Provincial,

The twin killings occurred a day after the victims spearheaded a buy-bust operation where they arrested three men with shabu worth over P.65-million.

De Leon, who ordered a deeper probe on the twin murders, earlier theorized that the “killing could be a handiwork of drug lords.”

The PRO3 chief was here to pay his last respects to the two fallen cops. He also handed over financial assistance to the families of Staff Sergeants Allan Capinpin and Aries Dichoso, who were both assigned to the Cabanatuan City PNP Drug Enforcement Unit.

Provincial police head Col. Rhoderick B. Campo said they are looking at several angles in the killing, including the possibility that it was connected to an earlier drug sting where the two slain cops took part in the successful operation.

Four days after the killing, the Nueva Ecija police remain mum on the status or any developments about the double murder case.