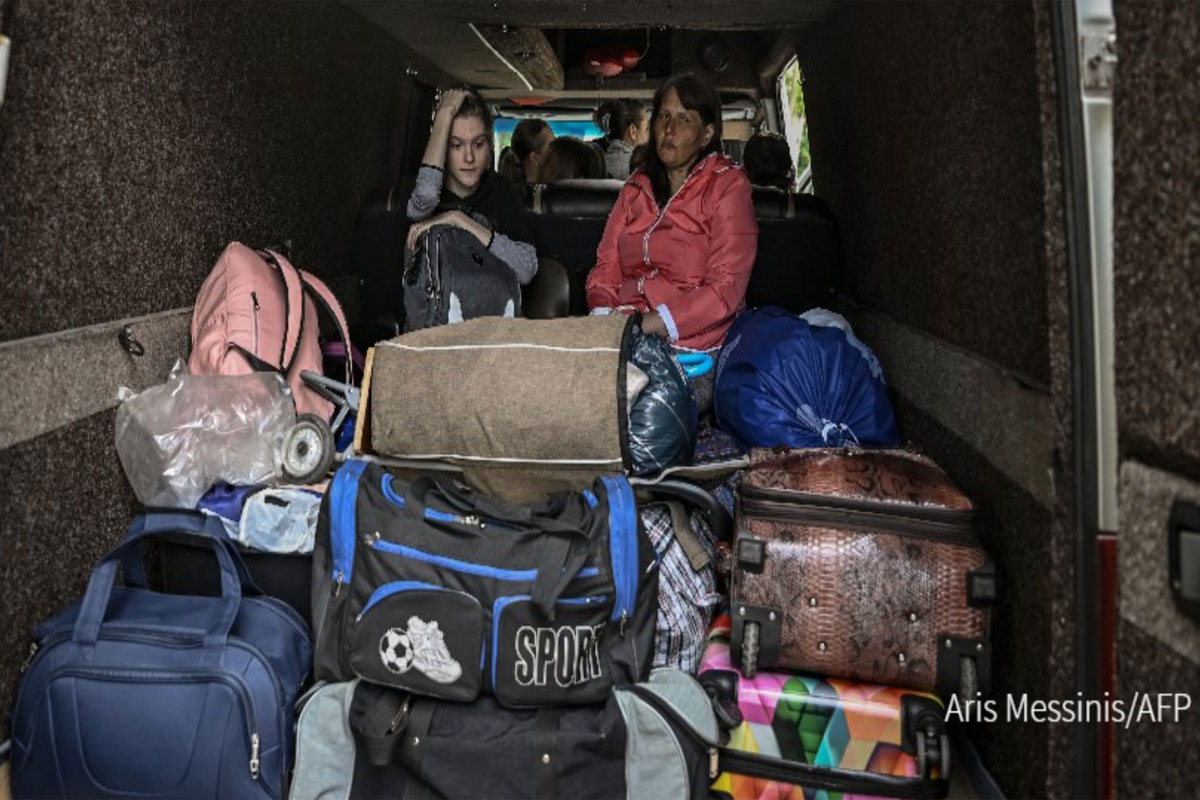 The city boasted a population of 100,000 before the late February invasion
World,

THE bombing in eastern Ukraine is becoming more intense and, with no water or electricity, 100 people or so heeded the mayor’s call on Thursday to evacuate the city of Sloviansk which sits in Russia’s crosshairs.

The city boasted a population of 100,000 before the late February invasion

“The situation is getting worse, the explosions are stronger and stronger and the bombs are falling more often,” 18-year-old student Goulnara Evgaripova told AFP.

Outside an administrative office, she boarded one of five minibuses earmarked to take people out of the city in the Donetsk region that Moscow wants to control.

Mayor Vadim Liakh, spoke of a fresh bombardment on Thursday that damaged electricity lines on the edge of the city which boasted a population of 100,000 before the late February invasion.

Five minibuses were earmarked to evacuate people from Sloviansk

“There is no electricity, the water supply is down,” Liakh posted on the Telgram messenger service.

“The best solution in this situation, is to evacuate.

“Take care of yourselves. Pack your bags,” he urged.

Dmytro, a 35-year-old labourer, admitted he was ready to leave with this family.

“There’s no water, my grandmother is handicapped and it’s hard for my mother to wash her.

About 100 residents evacuated Sloviansk on Thursday

“If we had running water, we would stay longer.”

Unlike many others Dmytro has somewhere safe to go.

But all he wants is for the war to be over. “It’s always better to be at home,” he explained.

Many analysts predict the war will go on for months more with fighting continuing in the Donbas where the Russians have made headway in recent weeks and now control most of the strategic city of Severodonetsk, 80 kilometres (50 miles) east of Sloviansk.

With no water and no electricity, there is little choice but to evacuate, said the mayor of Sloviansk

At the end of May the key town of Lyman on the road to Sloviansk, 25 kilometres (15 miles) to the northeast, fell to the invaders.